The US has been able to run growing budget deficits by issuing more dollars as the reserve currency. If a polycentric world ends its indulgence, the shock to America could be great. 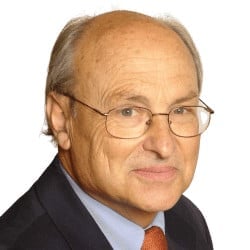 In 1944, at the end of World War II, a new international monetary system was agreed. This system pegged currencies to the price of gold, and the United States dollar was considered a reserve currency linked to the price of gold and convertible into it.

In the 1960s, the US had high budgetary deficits due to the Vietnam war, deficits which were financed by issuing more dollars. With inflation on the rise and a gold run looming, as president Richard Nixon was obliged to devalue the dollar and end its convertibility. The dollar became a fiduciary currency.

The world has changed deeply over the last decades. For a long time, the political and economic system was dominated by the US, but this situation has evolved into a multilateral world in which other prominent actors have appeared.

The 1980s’ economic liberalism boosted growth at the same time as it created speculation and crisis. A very lax monetary and fiscal policy, as well as a cost of money close to zero, issued in the huge financial crisis of 2007. The main central banks were forced to pour astronomical amounts of liquidity into the market and cover governments’ deficits, resulting in highly indebted countries.

Except for a few years, the US has always run budget deficits which caused an increase in public debt. By the end of 2018 this amounted $21.9 trillion—105.4 per cent of annual gross domestic product. Donald Trump’s two years as president have seen the debt increase by two trillion. The forecasts for the coming years show that both deficit and debt will keep increasing.

Because the US is a very powerful economy and the dollar is the main international reserve currency, it has not been hard to finance its shortfalls. But how far can the US increase its debt without losing the confidence of the market? No theory determines the cap of a country’s public debt—it basically depends on the degree of confidence in the currency. In the European Union, for example, its member countries should not exceed public debt of 60 per cent of GDP but some surpass it substantially.

For the near future, important financial institutions foresee a new economic recession. If it happens, how would it affect the US economy and the dollar? Could it have difficulties with its current high debt? Could the American debt be in default? Technically this cannot be and politically it’s unthinkable: the US can always issue more dollars to pay off debts.

This situation would not however prevent loss of creditors’ trust and probably a downward spiral from the deficit to the issue of dollars, to higher interest rates, to more debt and so more deficit. If this were to happen, it would engender an immense psychological shock for the American population and for the world as well.

Central banks are far from having recovered the normalcy which prevailed before the 2007 crisis. If a new crisis arises, they will not be able to supply as much money and keep lowering the interest rate as they did.

In a world that has become multipolar, it is likely that the dollar will progressively cease to enjoy hegemony as the international reserve currency and the main currency for commercial transactions—and it will keep losing value. Consider that to have the same purchasing power of 100 dollars in 1913 would require 2,000 dollars today. Inflation and the continued issue of dollars are the two main reasons for this eroded value.

The US finds itself in a complex situation as it can’t continue indefinitely with a high budget deficit and increasing indebtedness. Inflation has always been a useful formula to reduce real debt but it can’t be applied on a large scale if the currency is not to be severely depreciated. Moreover, expecting that the US economy will grow indefinitely such as to solve the debt problem is a fantasy.

This creates a huge dilemma within the US Congress and government: whether to continue with a policy which allows issuing as many dollars as are needed to cover the deficit—an unsustainable solution in the medium term—or to make a thorough review of the budget to reduce the deficit.

The decision to diminish the deficit will not be taken voluntarily by Congress as it would be very controversial politically. But if a serious economic crisis comes it will force the government and Congress to take drastic decisions. If so, within a framework of budgetary adjustments and scarce and expensive money, we would find the US market mired in low growth and deflation.

The US is still the most important country in the world but that world is transforming at an accelerated rate. Albeit very painfully, the US will have to adapt to this new reality.

In a multilateral world, the economy and finance are global. International collaboration and co-ordination will be indispensable to face global economic challenges, especially in a renewed period of crisis. That will require a ‘new Bretton Woods’ for the 21st century and a more representative International Monetary Fund, which can assume a greater leadership role.