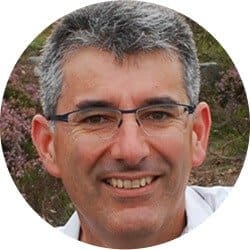 Last year served up two extraordinary referenda, fought under similar conditions, and with similar results, but which led to remarkably different outcomes. Today in Britain, a new prime minister grimly prepares to trigger fundamental changes to the nation’s economic and legal affairs that she knows will leave it poorer, weaker and smaller. In Colombia, a historic peace is implemented, and the continent’s largest, fiercest, and longest-lived insurgency emerges from the jungle and prepares to disband. How did this happen? This tale of two referenda is interesting in its own right but also for what it teaches us about democracy, leadership, and the meaning of political courage.

First, the similarities. Like the UK, Colombia’s government called a referendum on an issue of transcendent importance. Like the UK, its government was confident of victory; the cost-benefit calculus seemed obvious. Like the UK, Colombia’s No campaign was led by prominent populists who deliberately ignored the main issues, instead exploiting social media to stoke voter indignation. Their strategy also relied on hyperbole, fabrication, and outright lies about the consequences of a Yes victory: Colombia would become an atheist country; children’s gender would be undermined at school; pensions would be cut to fund decommissioned guerrillas; FARC leader Timochenko would automatically become president; children would be recruited by homosexual evangelists; peace would turn Colombia into another Venezuela; and my personal favorite: the government had designed secret referendum pens that erased No votes. There were more. Like the UK, none was based on fact. And like the UK, facts didn’t matter.

Finally, like the UK, the government narrowly lost. If the British margin of defeat was modest (52 vs. 48%), Colombia’s was miniscule (50.2 vs. 49.8%) – 54,000 votes in a country of 49 million. The result left both countries staring into a void. Would Colombia revert to war? Would Britain turn its back on Europe? What comes next?

The latter is a surprisingly difficult question to answer. In both countries, No/Leave leaders demanded that democracy be respected. But a plebiscite does not equate with “democracy”. It is one specific tool that, like any tool, can be used well or badly. “Democracy”, in the sense intended above, cannot be reduced to plebiscites. It emerges, rather, from a complex of laws, organizations, and norms and practices. Democracy is not so much a “thing” as an aspiration – of government by and for the people. The important question is how to achieve that.

In representative democracies, voters elect politicians, whose job it is to study public issues, carefully weigh pros and cons, and choose on behalf of citizens. Policy-making is done by specialists; citizens are free to live their lives. Guaranteed rights and checks-and-balances protect the interests of individuals and minorities. Such systems are often adept at incorporating technical expertise into decision-making, and their cost per citizen is strikingly low. But the flip-side of specialization is that government can appear distant and detached.

Where do plebiscites fit in? As an injection of direct democracy, a reinvigorating dose of mass participation? Actually, no. Amongst political scientists, “plebiscitary democracy” is a term of abuse. Plebiscites over-simplify complex issues into yes-no questions, and are subject to momentary passions that can be easily manipulated. And often they are – witness Britain and Colombia. Better examples include referenda that confirmed or extended Mobutu, Mussolini, Pinochet and Hitler’s hold on power. All of these were comfortable victories for despots; all were tragedies for democracy.

In a democracy, holding plebiscites on big, complex issues that are likely to affect the nation’s economy, politics and society for generations to come is incoherent – the wrong tool for the task. It is also cowardly, a sign of politicians ducking difficult choices. And it is irresponsible, a rank refusal by politicians to do their jobs.

Now return to the post-referendum void. These are extraordinary moments of uncertainty when sharp changes in trajectory become possible, and leaders wield far more power than normal. The decisions they make at such “critical junctures” shape events in ways that come to seem inevitable, but were not. In Colombia and Britain, leaders certainly seized their moment. But in very different ways that shaped very different futures.

Accepting responsibility for his loss, David Cameron resigned as UK premier, and Brexit leaders fell shambolically by the wayside. Theresa May, an experienced, canny politician, attained power unopposed and unelected. “Brexit means Brexit,” she, a tepid Remainer, declared, and sent the nation down what she knows to be the worse of two paths. The lies that stoked Brexit remain standing. She implements what the electorate – deceived, manipulated – thought it wanted one day in 2016.

Juan Manuel Santos, by contrast, opted to lead. Giving up would have been easier – war is business as usual in Colombia. Persisting with peace was easily the more difficult path. But the rewards for Colombia are immense. And Santos – one of the country’s most successful defence ministers – understood that better than most.

Visibly chastened, he went back to work. “No” campaigners demanded 57 changes to the accord. Government and FARC agreed 56. The new accord was put to Congress, as the constitution demands, and as previous agreements with smaller insurgencies had been. Peace was ratified, reception centers readied, and then Colombians watched transfixed as thousands of FARC fighters emerged from the jungle and laid down their arms.

During all of this, Santos was lambasted for “democratic treachery”. But where, exactly, does democracy lie? In the deliberations and acts of elected Congressmen, or in a referendum result? And where is the treachery? In his failure to “respect the referendum”, or his failure to return Colombia to five decades of war that killed 250,000 and displaced 8 million more?

To take risks and persist in the face of failure, in pursuit of a better future, is the very definition of leadership. At the critical juncture, Santos proved himself a leader and a statesman. Would that Britain, too, were led by leaders, and not followers.