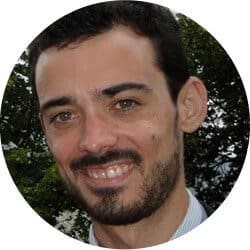 There is no such thing as post-truth or alternative facts. However, fact, integrity and transparency are the foundations of transatlantic democracies and the Euro-Atlantic community. The United Kingdom (UK), the United States (US) and now France have fallen into the same trap: campaigns based on extensive lies, tapping on emotion and frustration, and unaccountability fueling complex populist forces. Politics is a game wherein one walks on a fine line between truth and misleading facts. The pillars of the model of Western democracies, despite diverging political systems, have seen a vote in favor of an exit from the European Union, the election of Donald Trump, and now a French presidential race to be remembered for years to come.

Even though the result of the UK’s Brexit vote came as an unpleasant surprise for most Europeans, the desire to regain independence (‘take back control’) from Brussels has always been present in the British psyche. The point is not about the result, but rather about the type of campaign run by the Brexiteers: Nigel Farage, Boris Johnson and Michael Gove. Their campaign was structured around easily verifiable lies. The most infamous as the large contribution by London to the EU budget (“£350m a week”), which would supposedly be directly reallocated to finance and improve Britain’s National Health Service (NHS). Farage backtracked soon after winning the referendum. Other issues such as immigration, national sovereignty and democracy were utilized in order to foster an emotional reaction in the general public opinion.

Across the pond, the 2016 Presidential campaign was one of the most vitriolic in recent memory. The run-off between Hillary Clinton and Donald Trump was not based on political substance and exchanges of ideas on policies, but rather on personal attacks and humiliation of the other. If Trump supporters expressed a radical disagreement with the political and economic establishment, the message was misleading. The dehumanization of the ‘other,’ from the media to foreigners, was shocking. The narratives of a greater America through protectionist trade policies, rigid immigration policies (wall with Mexico and the ‘Muslim ban’), zero-sum foreign and defense policy spoke to a broad American audience. Unfortunately, these pledges are not only unrealistic, but structurally in contradiction with the historical foundations of the US and the order promoted since 1945.

In France, the next president will be elected on May 7. The ongoing presidential campaign is quite similar in terms of trends as what was observed and experienced in the UK and the US. The fact that two prominent candidates, Marine Le Pen and François Fillon, are embroiled with French and European judicial authorities over mismanagement of public and European funds is remarkable. Weeks ago, Fillon publicly promised to drop out from the race if he were to be placed under formal investigation. This occurred and he has now pledged to fight to the end. He has since described his situation as a ‘political assassination,’ severely attacked the media and developed a narrative of being a victim. Le Pen has adopted the same approach of victimization and denies any wrongdoings.

The overall argument here is not against the radical shift occurring in the UK, US and potentially France, but the ways these domestic changes and populist movements are fueled by lies. The case for a more transparent, fair and efficient EU can (and should) be made; the case for greater social and economic equality in America is fundamental; and the case for a more energetic, cohesive and dynamic French economy and society is more than valid. But the manner used in political campaigns grounded on lies, ideologies and demise for democratic principles leads to disastrous outcomes without any proper long-term strategies.

In Britain, former Prime Minister Cameron was defending the integrity of the union of the UK, while making a case in Brussels for an anti-integration and ultra-sovereigntist argument. In France, right and left have been unable to answer the following dilemma: how to protect and reform the welfare state without scaring global markets and while achieving sustainable growth? In the US, debate and policies have remained deeply embedded in ideologies affecting any prospect of regulating the foundations of neoliberalism. All these cases illustrate a continuous undermining of the social fabric.

The UK is confronted with a hard Brexit as the Conservative establishment led by Prime Minister May tries to sell a promising future of a Global Britain. If the future of the UK in the EU appears improbable, the unity of the UK is directly on the line with Scotland reflecting on its European and UK futures and an Ireland facing old ghosts. In the US, the Trump administration is unable to govern and jumps from one crisis to another. The strategy emerging from the White House is to continue spreading more lies. In France, the executive members of Les Républicains confirmed their support for Fillon. In the event he wins, it is quite difficult to foresee a president being able to govern and bring in the reforms of austerity he has been advocating.

The 2008 financial crisis exposed the weaknesses of the system and the lack of accountability in the narratives of the political class. The transatlantic electorate has lost trust in the political process and is willing to believe in a fabricated future. Last, the transatlantic cacophony caused by unquantifiable amounts of information fosters doubt where none should exist.

Transatlantic lies are one thing. But the demise of democratic foundations and political integrity as well as perpetual false accusations have become the new normal. Democracy is a complex process based on the principles of social trust and contract. The erosion of trust in the UK, US and France is a direct consequence of a political elite obsessed by its wealth and power. Unfortunately, the real issues of social and economic inequalities, climate change, reform of the welfare state and redesign of a global trading model are not addressed. The spread of lies may serve the political class in the short-term, but could directly damage the foundations of transatlantic democracies and community.

Maxime H. A. Larivé (PhD) is the Associate Director and Director of Graduate Studies at the European Union Center at the University of Illinois at Urbana-Champaign. He was also a Consultant for the European Commission/PPMI serving as the country expert for the U.S. on a global project studying the public perception of the EU in several strategic countries.