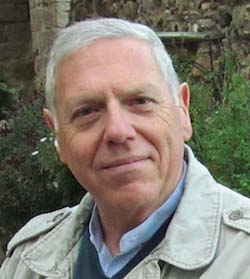 Crisis inevitably has a negative outcome on society as a whole: not only does it help to increase social inequality, but it is a major cause of devastating personal tragedies. Economic collapse, job loss, the inevitable family problems, the stress and the state of deep depression, social disadvantage and marginalisation that results from all of this, are not easy to deal with.

The stock market crash of 1929 in the United States had caused an unprecedented chain of suicides: thousands of people who had lost everything, including the hope of surviving the disaster of an economic system in which they had believed and in which they had placed all their trust. Today, the crisis has returned to weigh on the shoulders of millions of people, creating the same conditions of hardship that the world had known at the beginning of the thirties.

Thus, the Europe of the third millennium, shocked by the worst economic crisis since the crash of 1929, has seen a return to cases of suicide: extreme forms of despair that stand out in a broader framework of lives devastated, impoverished, reduced to misery and then forced to deal with the stress of an unjust, unbearable and hopeless condition. Inequality, already present in a creeping form, and therefore less apparent in “normal” times, has become striking and inhuman since 2008 in the weaker countries of the European Community.

It cuts the population in two, dividing it with a clean break between those who succeed and those who do not. Among those who manage to overcome it, albeit at the cost of sacrifice and renunciation, and those who succumb to it, the economic consequences are not simply limited to the elimination of jobs, consumer spending, and quality of life, but have a serious impact on the very existence of people and even determine their life expectancy. This lethal effect not only strikes in the obvious way, as in the case of suicides, but debilitates the mind and body of those affected by the crisis and leads to premature death, eroding from the inside, through a long and relentless process of debilitating life.

We have only recently begun to study its collateral effects on people’s lives, especially in cases where emergency conditions persist for a long time and lead to long-lasting changes, so much so that they are not resolvable in a timely manner. Göran Therborn (The Killing Fields of Inequality, Polity, Cambridge, 2013) bridges this gap with his research based on the results of empirical studies and official statistics from Eurostat.

Unemployment has risen proportionately to the outcomes of European integration and mainly involves the Eurozone nations, with the exception of Germany, where, instead, employment has grown by 2.4%. All the other countries have recorded negative rates and four countries (Greece, Latvia, Spain and Croatia) have lost a fifth of the total number of jobs, entering headlong into the spiral of the crisis, and thus jeopardising the life expectancy of their citizens. Therborn confirms the impact of unemployment and economic depression on the average life expectancy, predicting that at least 2.47% of the inhabitants of the European Community will suffer the consequences within the next decade.

This is the price of the crisis: almost a war, a bloody sacrifice on the altar of high finance and human insensitivity.