Social democracy in Europe is struggling to come to terms with the more complex equality agenda of today—to which its Antipodean counterparts are however offering some answers. 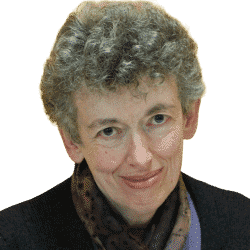 As many contributors to Social Europe have acknowledged, European social democracy is widely perceived to be in crisis. Even when social-democratic parties have achieved some electoral success, as in Sweden and Finland, their reduced vote has often precluded them from being able to form a government by themselves.

Numerous factors have contributed to this ‘crisis’, including some that are country-specific. However, as I argue in a new book, which partly draws on European examples, the crisis of social democracy is also a crisis of equality.

We do not need to turn to left-wing economists such as Thomas Piketty or Joseph Stiglitz to identify a crisis of economic equality. Even mainstream bodies, from the International Monetary Fund and the Organisation for Economic Co-operation and Development to the Bank of England, have expressed concern at the level of inequality in developed countries, including in Europe.

Arguably, the rise in economic inequality makes social democracy even more relevant.  Yet it can also undermine voters’ faith in the ability of social-democratic parties to engender a better society.

After all, the central narrative of social-democratic parties was that they would progressively reduce inequality and incrementally humanise capitalism, to produce a more just and equitable society. While there have been major advances in welfare and working conditions as a result of past social-democratic governments’ policies, capitalism has proved much harder to reform than early social democrats anticipated. Furthermore, the embrace of neoliberal-influenced ‘third way’ politics compounded the problem by undermining those past social-democratic achievements.

Addressing inequality therefore remains a central issue for social democracy. The apparent failure of centre-left parties to deliver greater equality has made them more vulnerable to right- and left-wing populism (sometimes bizarrely combined, as in Italy). And the problem of economic inequality in Europe is likely to become even more challenging, due to the impact of technological disruption on employment and the changing geo-economics of the ‘Asian century’.

But the challenges for social democracy in the 21st century go beyond the old dilemmas of how to tame capitalism and enhance class equality. The growth of right-wing populism, in particular, cannot be explained solely in economic terms: it is drawing on a long tradition of racial, ethnic and religious nationalism in Europe (and elsewhere), not confined to difficult economic times but also evident amid relative economic wellbeing. Right-wing populists also regularly mobilise anxieties via other socially conservative touchstones, including around gender and sexuality.

Herein lies a second crisis of equality for social democracy. I contend in my book that social democracy had two historical flaws when it came to inequality. The first was to underestimate just how difficult it was incrementally to reduce economic inequality under capitalism. The second was to endorse an inequitable—ethnically, racially and gender-biased—construction of the social-democratic citizen.

Social democracy traditionally sought to narrow class inequality by improving the position of the white, male-breadwinner head of a heterosexual household—which often carried ethno-nationalist overtones. In other words, social democracy had its own ‘identity politics’, privileging some identities and contributing to the economic and social marginalisation of others. A long struggle was required to make social-democratic parties’ policies more inclusive, in terms of gender, race, ethnicity and sexuality.

The rise of right-wing populism is encouraging some social democrats to go backwards and argue for a less, rather than more, inclusive version of social democracy. There are however equitable alternatives. The populism expert Cas Mudde has recently suggested that the European social-democratic parties which once drew on Bill Clinton’s Third Way policies could now more usefully learn from Bernie Sanders’ and Elizabeth Warren’s left-wing alternatives, including their defence of ethnic minorities.

Yet, there is a more explicitly social-democratic party which also influenced the Third Way—Australian Labor. Tony Blair openly acknowledged that the Hawke and Keating governments (1983-96) had helped to shape his own policies as subsequent UK prime minister. Opinion polls suggest Labor stands a good chance of winning the Australian national election on May 18th. The party has moved significantly away from Third Way politics and is running on a platform which advances all forms of equality—including class, gender, racial, ethnic and same-sex equality.

Nor is Australia alone. New Zealand also played a role in pioneering the Third Way, including in the embrace of neoliberalism during the Lange government (1984-9), but it too has moved on—and already has a Labour government.

The European right sometimes favourably cites Australia’s policies of turn-backs, mandatory detention and offshore processing of so-called ‘illegal’ asylum-seeker boat arrivals (policies which have been strongly criticised by the United Nations). But Labor policy towards ethnic minorities reflects the fact that Australia is a highly successful multicultural country. Indeed, the 2016 census revealed that for 49 per cent of Australians they or at least one parent had been born overseas.

Similarly, while the New Zealand Labour prime minister, Jacinda Ardern, was criticised for combining with the populist Winston Peters to form her government, her internationally-lauded response to the massacre of 50 Muslim worshippers in Christchurch affirmed government’s strong support for a multicultural New Zealand. Its economic policies have emphasised building a more inclusive and equal society.

In addition, both Australia’s and New Zealand’s social-democratic parties have been forced to engage with the impact of European colonial-settler history on indigenous peoples. Their location in the Asia-Pacific makes both countries particularly aware of the changing geo-economics of the 21st century.

Perhaps as well as looking at the policies of left-wing Democrats in the United States, European social democrats could usefully explore the contemporary politics of their Antipodean counterparts.

Carol Johnson is a recently 'retired' adjunct professor of politics at the University of Adelaide. Her most recent book is Social Democracy and the Crisis of Equality: Australian Social Democracy in a Changing World (Springer, 2019).