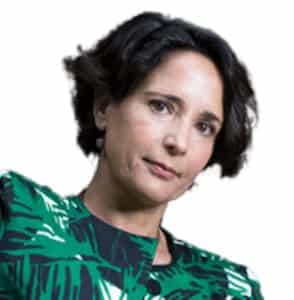 Social democratic parties across Europe are now paying the electoral price for their uncritical embrace of globalisation in the 1990s. Then, responsible politics was equated with adaptation to the demands of global markets. As Tony Blair and Gerhard Schröder put it in their much-quoted The Third Way/Die Neue Mitte pamphlet: ‘Social Democrats must accommodate the growing demands for flexibility’.

This refrain was accepted as ‘pragmatic realism’ and was quickly adopted by most social democratic parties that governed Europe in the late 1990s. Thus, as Dani Rodrik recalled here, the centre-left was complicit in pointing globalisation in a neoliberal direction. Crucially, social democratic parties in government were happy to support the launch of the euro without ever questioning its ordoliberal governance rules and to sign up to further depoliticization of public policy whereby technocratic institutions gained control over areas of policy that thus far had been subject to democratic scrutiny.

But by treating globalisation as a force of nature that could not be controlled, social democratic parties contributed to the rise of inequality, to the erosion of the welfare state and social protection that had characterised the European social model, to the creation of a new social class, the working poor. Both New Labour’s tax credits programme and the SPD’s Agenda 2010 were predicated on the idea that greater economic competition implied lower wages and weaker social protection. Ultimately, they contributed to the 2008 global financial crisis and subsequent Eurozone crisis, from which most European economies have not yet fully recovered.

The electoral decline of social democratic parties is directly linked to the consequences of this uncritical embrace of globalisation. Over the past decade, European centre-left parties have been voted out of office as their traditional supporters felt abandoned. Whilst many of these voters stopped participating in elections altogether others started to vote for the parties of the radical left, which have now adopted social democratic stances, and to a smaller extent for parties of the populist and far-right.

A reversal in the poor electoral fortunes of European social democracy will not be easy. Having so easily agreed to a deepening of European integration that addresses the demands of global corporations to the detriment of workers, citizens and democracy, it will take time to undo the ordoliberal and neoliberal knots that prevent the adoption of social democratic policies across Europe. It does not help that the centre-right now dominates the governments of most European countries and is the prevailing ideology in EU institutions such as the European Parliament and Commission. These political actors are resisting the adoption of reforms to the eurozone that will challenge the prevailing ideology of a minimal but strong state. The difficulties of French President Emmanuel Macron in convincing Berlin and other Northern European governments to support his moderate programme of eurozone reforms illustrate well this problem.

To make matters worse, across Europe voters are very angry. The recent rise in support for parties of the radical right suggests that voters have had enough with politicians and parties that seem more responsive to the needs of the invisible and unaccountable forces of the markets than to their own needs. As the elections in Italy, Hungary, Sweden and, more recently, in Andalucía as well as the so-far non-partisan protests of the gilets jaunes in France, have shown, voters are in no mood to be reasoned or to be told that politics is complicated. They have had enough of stagnating living standards, of rising levels of personal debt, and of feeling that their lives are at the mercy of forces they do not control. If their choice of nativist parties that scapegoat migrants and refugees is alarming, it is important to remember that the radical right has only been able to maximise its vote potential when it added to its xenophobic platform promises to raise the minimum wage, to protect jobs, to introduce a basic income and invest in public services.

For that reason, the current political status quo cannot be an excuse for paralysis. If European social democrats want to return to power they need to (re)discover and use the vocabulary of the politics of possibility. Above all, they need to explain to voters how another globalisation is possible. They should start by changing the focus of their narratives. Instead of talking about what governments can no longer do (that was the mantra of the 1990s), the social democratic left needs to discover what the state can do about globalisation.

If in the 1990s, the centre-left supported the deepening of economic and financial globalisation and of European integration, in the 21st century they can support a globalisation that stands for workers’ rights, for a robust welfare state that empowers individuals, for environmental protection, for a democracy that involves citizens in decision-making and for dynamic, inclusive and beautiful public spaces.

If social democrats told workers in the 1990s they needed to adapt to the demands of the global market, in the 21st century they must tell corporations that they need to treat and pay their workers fairly (as well as invest in their skills), to pay their dues in taxes and consider the environmental impact of their activities. In short, social democrats must demand and support a new role for the state that ensures that citizens and workers are not treated like commodities, and that markets serve the public good.

The path towards this new ‘politics of possibility’ is fraught with blind-alleys, steep inclines, potholes and hair-pin bends, but it is the only one that can bring a new lease of life to social democracy and restore hope in the European project.