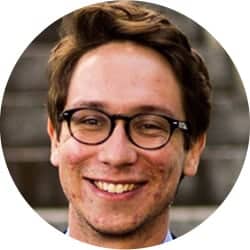 Parties belonging to the ‘moderate’ political spectrum in today’s Europe have been claiming victory in national elections across EU countries. In the Netherlands, France, Germany and Austria, where the future of Europe was played out at high risk and high stakes, extremist forces ‘lost’. In the Czech Republic, even though Babis’ populists won the election, the Financial Times was quick to deem him a “pragmatist” who is “unlikely to jump on the illiberal bandwagon”.

We have set the bar too low. By and large, what we have witnessed is a series of pyrrhic victories for moderates across Europe. In order to leave the far-right out of the government, Mark Rutte had to organise a four-party coalition, a task so herculean and a compromise so tenuous it took him seven months to finish the job and fresh elections are already on the horizon. In Germany, even though compromises may be far easier to achieve, the unprecedented sought-after coalition between Merkel’s CDU, the FDP and the Greens exposes the shifts in the German electorate’s opinion. It illustrates the added difficulties in forming a government, when the SPD committed to leaving shared power so that the far-right AfD, that finished in third place, does not become the official opposition in the Bundestag. In France, even though Macron got two clear mandates at both the Presidential and Parliamentary elections, Le Pen’s Front National got a record number of votes. In Austria, the far-right FPÖ will surely re-enter government in coalition with the conservatives from ÖVP. What government will come out of the Czech elections only time will tell.

But what this all shows is that, far from the moderates’ victories claimed in post-election-day headlines, centrist solutions are under attack. There is a general shift firmly to the right. The centre-right gave in to populist rhetoric in the Dutch electoral campaign, but no case was clearer than ÖVP’s Sebastian Kurz, who advocates hard-line policies regarding migrants and refugees “once deemed fringe” – so much so that the FPÖ accuses him of “stealing their ideas”.

While the policy consequences of these results are still uncertain, some trends seem predictable. The EU will suffer a major blow at a time when it needs unity the most. Between the choice of enacting or backtracking on EU reforms, the parties now elected will choose the latter – and the remaining incumbents will take notice. While the far-right did not take first place in any country, its message stuck and made many centre-right parties lower their sights.

Macron’s plans to reform Europe are now in jeopardy as they clash head-on with the views of parties elected elsewhere in Europe. With the CSU pressuring Merkel to backtrack on her refugee policy, the entry of the FDP to the key German finance ministry and the AfD protesting in Parliament, it is highly doubtful Merkel will find enough political space, let alone political will, to support Macron’s proposed deeper economic and monetary union.

For ‘moderates’ to save face and make it easier for common sense to prevail in the elections happening in 2018, a few things need to happen by then. First of all, a strong commitment by the ‘moderates’ in power across Europe and some bold reforms in the EU’s architecture could save the day and open a window of opportunity for pro-European parties to reach clear victories in the elections scheduled for 2018, especially in Italy, where an electoral victory for the Five Star Movement would mean a severe blow to European progress.

Out of the rubble, some breathing space for the left?

The centre-left, meanwhile, should use this time for a long, structural and above all consequential reflection. With very few exceptions (Portugal, the UK and perhaps Sweden) progressive parties across Europe were punished in the most recent elections or are under that threat at the next ones. The best metaphor for the health of the European progressives is already a reality: France’s Socialist Party is putting its Paris headquarters up for sale.

The centre-left has been the subject of much debate in recent years, but the elections since 2016 have exposed it fully and made that debate all the more urgent. Some argue it is due to a decline in class identity – but others point to Corbyn’s successful appeal to working-class vote in the UK. Elsewhere, we know that corruption scandals kicked centre-left parties out of power in Poland and Hungary and they have not returned to power (or even parliament in the Polish case) since.

What lessons can be drawn from forces like the Netherlands’ GroenLinks, that succeeded in winning Amsterdam in the 2017 Dutch elections while Labour plunged to its worst result since World War II? What balance can the centre-left achieve between courting urban and rural voters, or advocating an open Europe versus protectionist measures? How can progressives put forward both a message of clear support for working classes and of welcoming refugees while escaping the wedge the far-right drew between these two issues?

Progressives in Europe now have a few years in which to answer these questions and define a course of action. In the answer to these questions lies the fate of not only the progressive cause in Europe, but Europe itself. But regardless of what that answer turns out to be, a clear defence of the causes that the left always defended – fighting inequality and defending the weaker members of society – must be at its very core.

Rodrigo Vaz is currently a MA in International Relations and Diplomacy Studies at the College of Europe, Bruges. He was until recently Assistant Project Manager at the Assembly of European Regions and he has worked as Graduate Attaché Researcher at the British Institute in Eastern Africa. He holds a BA in International Relations from the Catholic University of Portugal and a MSc in African Politics at SOAS, University of London. His research interests lie mainly in political transition and regime change within a combined history and politics approach.