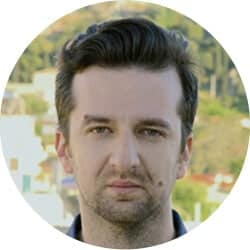 On November 12, Greek progressives are electing a new leader through an open-to-all primary. Four parties and nine candidates are involved in the challenge. The process is similar to the Italian “Ulivo”, the predecessor of today’s Partito Democratico. But, unlike their Italian comrades, the Greeks have chosen to put the leader before the party. The leader-elect will have the difficult task to re-unite the progressive camp, integrate all parts into a new party within and outside the Parliament and challenge the bi-partisan imperium of SYRIZA and the conservative Nea Dimokratia in the next national election.

An open election of a party leader is not a novelty for the Greek political system. PASOK, one of the longest serving socialist parties in Europe, pioneered it in 2004 and again in 2007. The process empowered the winner George Papandreou with a strong popular mandate to renew the party beyond the rank and file. PASOK’s paradigm was followed twice by the conservative Nea Dimokratia in 2009 and 2015, resulting in surprising victories by the outsiders Antonis Samaras, who later became Prime Minister, and Kyriakos Mitsotakis who is now leading the opinion polls. In all cases, the open election was dictated by the pressure to attract more members and legitimize a powerful leader at the expense of the sclerotic party apparatus. In the case of Mitsotakis, a liberal conservative with an appeal to the middle ground, the victory was grounded on the prospect of beating Alexis Tsipras in the next general election. But can it be the case for the center-left as well?

In fact, the logical ambition to re-unite the progressive camp so as to maximize its parliamentary representation and reclaim its lost voters from SYRIZA fell short for years. It was not before SYRIZA’s re-election in September 2015 that the flirt between the progressive camp’s major players re-kindled: The “Democratic Alignment,” an “Olive Tree” style coalition of three parties including PASOK led by Fofi Gennimata and the social liberal “To Potami” (The River) led by the popular journalist Stavros Theodorakis is commanding around 10% of the popular vote and they are both members of the S&D family in Brussels. Following two years of debates, special committees and sporadic friction between the two leaders, the center left Babel agreed on an open primary election on 12 November and a second round, if necessary, a week later.

Next to the two party leaders, the ballot is numbering 7 more candidates, including the Mayor of Athens, Giorgos Kaminis and the S&D MEP, Nikos Androulakis. Opinion polls suggest Gennimata will qualify first in the first round, but second place is expected to be a close call between Theodorakis, Kaminis and Androulakis. Apart from their personal style and charisma, no stark programmatic differences exist among them apart from Theodorakis who has adopted a Macron-ite policy agenda in an effort to marry Greece’s dire need for job creation with stricter evaluation rules for public sector employees, the merging of social benefits and tax incentives for SMEs.

The contestants have agreed that the winner will define the new party’s name, hierarchy and the structure. S/He will have to coordinate the two parliamentary groups (PASOK and To Potami), organize the convention and prepare the party for the next general election. Mostly, s/he will have to mobilize the thousands of members and affiliates in Greece and abroad.

Unlike similar cases where the open primary model has been endorsed in the context of an existing party (Italy, Portugal), this Greek reverse course was driven by some fundamental prerequisites for making a democratic race more vital and the electoral perspectives of the party more hopeful.

Participation comes first. Although only a few candidates were candid supporters of massive participation, they all acknowledge that the post-election unity will mostly depend on the number of voters. Any figure above 200,000 will be a clear signal that the project attracts more people than the organized rank and file of PASOK or the volunteers of To Potami.

Representation of various social groups is a second priority. The open primary is designed to mobilize social groups that once voted progressive and attract the young who experience deteriorating living standards, poor public services, structural unemployment, part-time and precarious jobs. So far, the contest has failed to attract to the social base of SYRIZA, whose voters, opinion polls say, acknowledge their party as the new core of Greek center-left. Moreover, Tsipras’ metamorphosis from an uncompromising neo-Marxist to a Europhile progressive might also limit the project’s popularity.

Third, there is the new party’s electoral and governmental prospects. Moderate estimates point to a share of ten to 15% of the national vote in the event of a general election. New and old rank-and-file welcome a viable electoral future that could guarantee them a seat in the Parliament, a better position in the party hierarchy, or a public office in a future coalition government, especially if Nea Dimokratia fails to secure an absolute parliamentary majority.

Finally, the dimension of responsiveness towards the public. Growing numbers of dependents on social benefits and precarious workers coexist with an ageing population, public debt overhang, poor social services, a growing sentiment of individualism and rejection of the establishment. The progressives feel the pressure from both sides. On the left, Tsipras still impersonates a clear break from the old political class. On the right, the Conservatives are trying to attract the centrist voters by putting more emphasis on the economy, albeit with limited success.

Although the Greek party system has been in flux since the ‘pasokification’ election of 2012, pollsters now record an explicit social demand for more stability, job creation and growth. Lower levels of political polarization might open a window of opportunity for the center-left to respond with an inclusive program that allows it to reclaim its lost social and political space. Starting with a participatory process, the hoped-for comeback for Greek progressives is expected to be an arduous and slow process demanding leadership, renewal and an opening up to the disappointed middle class.

Update: Gennimata won a run-off with Androulakis on 19 November 2017.

Panagiotis Vlachos is an independent public policy adviser, an innovations in government expert and a former adviser to the Greek Government (2009-2011). He studied Law, European Governance and Public Administration at the Athens National University, the LSE (MSc) and the Harvard Kennedy School (MPA). He is the leader of the progressive movement "Forward Greece" and a recent candidate MP with "To Potami" party.