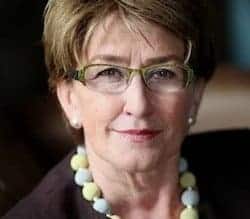 The 4th February late-night decision by the European Central Bank to reject Greek bank collateral for monetary policy operations will, I confidently predict, precipitate not just a run on Greek banks; not just greater price instability across the Eurozone – but ultimately, the collapse of the fantastic machinery that is the ‘self-regulating’ economy of the Eurozone.

Before the decision of 4th February, the ECB had failed lamentably in its primary duty: to maintain price stability and to do so at a self-imposed target, at or close to 2%. In December, eleven out of eighteen Eurozone countries were in annual deflation. This is not just lamentable monetary policy failure, it is technocratic misconduct on a grand scale. The Spanish economy has recorded months of negative inflation. Italy registered -0.1% deflation in December, 2014; Ireland -0.3%; Portugal -0.3%; Belgium -0.4%; Greece -2.5%. Greece has been in annual deflation every month since February, 2013.

While failing in their primary mandate, ECB technocrats bypassed their European political masters and last night flouted wider EU Treaty objectives for social and political stability and for solidarity amongst member states.

But this arrogance, this disregard for the governments and the political will of the Greek people in particular and the peoples of Europe in general – is wholly in line with the Maastricht Treaty’s utopian vision for the Eurozone. As Wynne Godley argued way back in 1992, the architecture of the Eurozone is premised on the notion that economies are

self-righting organisms which never under any circumstances need management at all.

This machinery was made to fit a financier-friendly ideology based on contempt for democratic government. According to this ideology governments are ‘rent-seeking’ and should be marginalized. Economic policy (monetary and fiscal) must be privatized in the hands of financial markets that, surprisingly, are regarded as having no such ‘rent-seeking’ instincts.

The ECB’s mandate, as Godley argued, is premised on a belief that

governments are unable, and therefore should not try, to achieve any of the traditional goals of economic policy, such as growth and full employment.

Instead the fantastic machinery of invisible, unaccountable capital markets is entrusted with the task of managing and above all, disciplining Eurozone economies, governments and peoples.

This enhanced Treaty-embedded role for the private finance sector led to the profligate financing of speculative activities in Greece, Spain and Ireland by German, French and British bankers before 2007. It led to the immense enrichment of the financier class; and to the sector’s co-responsibility for the inevitable financial and economic crises of 2007-15. The crisis in turn demolished the mythology of the free market. Instead financiers socialized losses and extracted government and taxpayer guarantees to protect them from risk. 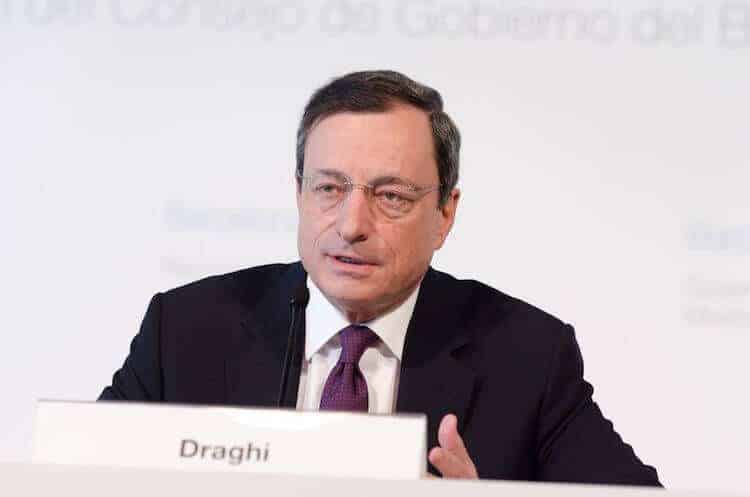 The 4th February ECB decision to no longer accept Greek debt as collateral will have severe consequences according to Ann Pettifor.

But just as in the 1930s, the ideologues that laid the foundations of the Eurozone, and those that have against all odds upheld it, were not prepared for the Greek election result. They were not prepared for the fact that, as Karl Polanyi once argued, society would take measures to protect itself from the fantastic, unaccountable and ruthless machinery of capital markets.

For on 25th January 2015 the people of Greece took a second, bold step at reversing austerity and restoring some form of social and political stability. They did so by electing a Syriza government dedicated to resolving the debt crisis and reversing the “fiscal waterboarding” policies of the Troika.

This followed an earlier attempt by Greek society to restore some accountable form of government. In October 2011 an angry reaction to the terms of a Troika-imposed economic programme led to social upheaval. According to the Finanical Times:

The capital markets immediately sprang into action and proceeded to discipline not just Greek but other European governments, their firms and their peoples. The Financial Times again:

Eurozone bond markets, which had briefly rallied after the Greek debt restructuring was agreed, sold off in a panic. Yields on Greece’s benchmark 10-year bond spiked by 16.2 per cent in a single day. More worryingly, borrowing costs for bigger eurozone governments began to approach levels where others had been forced into bailouts: yields on Italy’s 10-year bond jumped to more than 6.2 per cent.

European leaders, including President Sarkozy and Chancellor Merkel rallied behind the capital markets and forced the Greek Prime Minister into a humiliating climb-down.

Today’s Eurozone’s architecture and associated economic policies are not different in intent from the “fetters” or “corset” that was the Gold Standard, and that regarded the role of governments with the same contempt. They are the same policies that led 1930s Europe into unbearable degradation, poverty, and misery. Today these policies once again threaten to unleash dangerous tensions. Society – locally, nationally, and internationally – is making ‘concerted efforts to protect itself from the market’. History is repeating itself. Current resistance to market liberalism echoes past resistance. As Karl Polanyi argued in his great, and increasingly relevant, work, The Great Transformation, the second ‘great transformation’ of the 20th century, the rise of fascism, was a direct result of the first ‘great transformation’ – the rise of market liberalism.

Adherence to this utopian vision of how economies work explains the ECB’s crude and inept handling of the democratically elected Greek government’s attempt to resolve its debt crisis. Their actions will shake the foundations of the Eurozone.

Just as the collapse of the Gold Standard in Britain and the United States led to a dramatic pre-war recovery in those countries, so the collapse of the utopian blueprint that is the Eurozone may herald good news for Europe’s economies, for its thousands of firms and for its millions of unemployed. Above all it may revive popular faith in a united, peaceful European Union based on collaboration, shared responsibility and solidarity.

Indeed we may yet come to thank ECB technocrats for shaking the very foundations of the current, ill-constructed Eurozone.

Ann Pettifor is Director of Policy Research in Macroeconomics (PRIME) and author of 'Just Money: How Society Can Break the Despotic Power of Finance', published by Commonwealth Publishing in January, 2014.