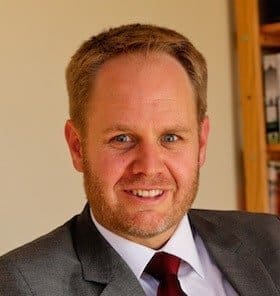 Of the many tough economic lessons from the latter part of the previous decade, the one about the unreliability of GDP size and growth rates as diagnostics of economic wellbeing has probably been the most sobering. We now know that although economies have to grow to prosper, they cannot do so at all cost, especially when the prosperity benefits some disproportionately at the expense of others.

While the prosperity gap between developed and emerging economies has narrowed since the turn of the millennium, the schisms within many widened. While this was most pronounced within the new rising stars, developed economies also have to deal with an increasing sense of exclusion that may in the longer term erode the fibre that holds their societies together.

The United Kingdom (UK) offers a case in point. The nation seems well on its way to post-recession recovery. By year-end 2014 it has posted the highest growth figures for all of Europe’s major economies, which at around 2.6 per cent has seen it surpass levels last achieved before the recession.

Also encouraging is the fact that unemployment seems to be on a downward curve, with only 6 per cent of the job-seeking workforce out of work. But by now the experience of the past six to seven years should also caution us to ask the tougher questions about what the quality of this growth was in terms of the livelihoods of ordinary Britons.

The results of the recently released report Social Justice in the EU – A Cross-national Comparison, published by the Bertelsmann Stiftung’s Sustainable Governance Indicators (SGI) project, show that the UK’s austerity driven recovery may look better on paper than in practice for ordinary Britons. The report, authored by Daniel Schraad-Tischler and Christian Kroll, forms part of the Social Inclusion Monitor Europe (SIM), a joint research cooperation of the Bertelsmann Stiftung and the London School of Economics (LSE), and looks into those policy areas that are critical for the development of individual capabilities and opportunities.

The report analyses all 28 European Union (EU) countries and draws its insights from an index, consisting of six items, namely poverty prevention; the inclusivity of the education system, labour market access, social cohesion, health, and intergenerational justice. The UK’s cumulative score ranks it 13th in the EU, which places it just slightly higher than the EU average, but below former Eastern bloc countries such as the Czech Republic, Slovenia and Estonia.

Strong variations in social justice between the young and the old

Probably the biggest contributor to this result has been the UK’s relatively poor performance on poverty prevention, particularly as it relates to a younger generation of Britons. Overall it ranks 15th for its poverty prevention policy. When looking in more detail at the composite indicators that inform this score, such as the percentage of citizens at risk of poverty or social exclusion, we see that almost a quarter of Britons (24.1 per cent) fall into this category, which gives the UK a ranking of 15 out of the total sample of 28 countries.

The study’s finding on the proportion of the population living under conditions of severe material deprivation should also concern policy makers within the social sphere. Despite its top growth achievement, the UK is ranked 14th for its efforts to contain the proportion of Britons living in severe material deprivation. According to the 2014 index, 7.8 per cent of citizens find themselves in this condition, which is more than double the 3.3 per cent reported in the previous iteration of the index in 2011.

The discrepancy between the situation of senior citizens and children is most glaring. The 1.4 per cent of UK citizens, aged 65 and older, who live under conditions of severe material deprivation, ranks the country amongst the top 6 in terms of its care for the elderly. However, the comparative percentage for children that are aged 17 and younger is 12.5 per cent, just less than double the amount compared to 2008.

Frustration of the working poor

The question begged by this study is why Europe’s top achiever as far as macroeconomic indicators for 2014 are concerned lags so far behind in terms of its ability to foster a society that is more inclusive and lets people benefit from growth.

Part of the answer may lie in one of the up to now less reported aspects of the labour market. Even though employment has increased, real average earnings have been on a downward trajectory for the past six years. More people are working and at the same time more people are struggling to make ends meet. Should this remain a long term trend, the UK should prepare itself for the consequences of the frustration of the working poor, especially the young, who slave away, but at the same time fall further behind.

Amongst the sample of EU states, the UK already ranks amongst the most unequal societies. Its Gini-coefficient, a measure that captures income inequality, with 0 representing absolute equality and 1 absolute inequality, of 0.32 puts it in the same category as countries such as Romania and Bulgaria. Is this the result that the UK seeks to achieve through its austerity driven policies? Of course, trimming down the fat may have been necessary, but at what point, will such policies start to erode its muscle? Hard choices lie ahead.

Jan Hofmeyr heads the Policy and Analysis Unit of the Cape Town-based Institute for Justice and Reconciliation. He is part of the Bertelsmann Stiftung’s Transformation Thinkers network.