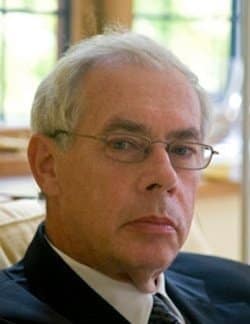 Students of economics are in revolt – again. A few years ago, even before the crisis, they established an “autistic economics” network. After the crisis, in 2011, a Harvard class staged a walkout from Gregory Mankiw’s introductory course. That course forms the basis of textbooks prescribed in universities around the world. This year, 65 groups of students from 30 countries established an International Student Initiative for Pluralism in Economics. In no other subject do students express such organised dissatisfaction with their teaching.

It seems, however, to little lasting effect. Impermanence is inherent in student life: they don suits, collect their first salary and leave their complaints behind until the same gripes are rediscovered by a new group of 19-year-olds with similar naive hopes of changing the world. Still, recurrent dissatisfaction among both students and employers suggests they have a point.

One cause of the problem is not specific to economics. Modern universities prize research above teaching, to a degree that would astonish people outside the system, who imagine its primary purpose is to educate the young. In reality, teaching ability plays a negligible role in university hiring, tenure and promotion decisions. Many academic staff regard teaching as a nuisance that gets in the way of their “own” work. If most students were not having such a good time outside the classroom, they would be angrier than they are. They should be.

A problem specific to economics is that students suspect the material they are taught is designed to offer intellectual cover for rightwing ideology. This belief was plainly the motivation for the Harvard walkout – and there is some truth in the critique. Professor Mankiw was for a time chairman of George W Bush’s Council of Economic Advisers. Economics teaching encourages students to think of a world of self-interested individuals and profit-oriented companies but Prof Mankiw’s conservatism puts him in a minority: in common with academics generally, most economics professors are probably mildly to the left of the political spectrum.

Why Do Economics Students Chose Their Subject?

As are their students. The real burden of their complaint is not a political protest. As I did, they chose to study economics in the hope of solving, or at least understanding, real world problems: poverty, inequality, inflation and financial crises. But their classroom experience is narrower and less satisfying than mine was. They find themselves engaged in rote learning of models based on rational choice. They are fobbed off with assurances that acquisition of these skills is a necessary foundation for understanding of the great issues of the day; but somehow these great issues never make it into the curriculum. They suspect, rightly, that many of their teachers are not much interested. This is the burden of a powerful and detailed critique of their course prepared by students at the University of Manchester.

Their demand for more pluralism in the economics curriculum is well made. Yet much of the “heterodox economics” the Manchester students suggest including is flaky, the creation of people with their own political agenda, whether Marxist or neoliberal; or of those who cannot do the mathematics the dominant rational choice paradigm requires. Their professors reject the introduction of these alternative schemes for the same good reasons their science colleagues would reject phlogiston theory or creationism.

Yet teachers are mistaken in their conformity to a single methodological approach – encapsulated in the claim that has taken hold in the past four decades that approaches not based on rational choice foundations are unscientific or “not economics”. The need is not so much to teach alternative paradigms of economics as to teach that pragmatism, not paradigm, is the key to economic understanding.

This eclecticism is reflected in the curriculum proposals being developed by the Institute for New Economic Thinking, led by Professor Wendy Carlin of University College London, on whose advisory board I sit. The subject of economics is not a method of analysis but a set of problems – the problems that drew students to the subject in the first place. The proper scope of economics is any and all ideas that bear usefully on these topics: just as the proper scope of medicine is any and all therapies that help the patient.

This column was first published on John Kay’s website.