Sustainability is a global task largely to be delivered by national governments. What can they learn from the leader—Finland?

The title of the Finnish government programme, Inclusive and competent Finland—a socially, economically and ecologically sustainable society, makes clear that sustainable development is at its core. This goal is not only ambitious but has been threatened by global turmoil, from the pandemic and Russia’s war in Ukraine to escalating energy and food prices. So is the government delivering?

There are two ways to answer this question. The theory-of-change approach, emerging from the literature on the management of not-for-profit organisations, focuses attention on whether the government has a coherent plan of implementation. Theory of change has been described as ‘essentially a comprehensive description and an illustration of why and how a desired change is going to happen in a given context’. It is a useful analytical tool to evaluate complex challenges, such as the development issues first recognised in the United Nations Charter.

It is often said that governments work in a more complex environment today, as economies and societies become more integrated and the amount of information increases. This strains governments’ capacities. Successful implementation of a programme thus requires effective use of administrative capacities. The governance-capacity approach, of Martin Lodge and Kai Wegrich, addresses whether the government has these capacities, in terms of analysis, regulation, delivery and co-ordination.

The UN sustainable-development goals (SDGs) in its Agenda 2030 provide a wide knowledge base, larger than one government’s endeavours. Their implementation in Finland is monitored by a set of indicators, developed since 2017. The prime minister chairs the National Commission on Sustainable Development, with the environment minister a vice-chair.

An expert panel informs the discussion, while stakeholders such as businesses, schools or simply individuals agree to sustainable-development commitments. The SDGs are systematically monitored in the government administration. Ministries provide information to a report in May every year on how the goals are being met.

So Finns know the SDGs pretty well: a 2017 Eurobarometer survey found that 73 per cent had heard or read about them. By comparison, this was true of only 24 per cent of citizens of the United Kingdom. Indeed, the country has a long history of engagement with the SDGs before the current (2019-23) government programme.

Finland continuously tops the international rankings of SDGs implementation, as recorded by the UN. It is not alone in having an SDGs strategy but in addition there is the strong focus on the goals in the overall national programme. This sends a strong message about the policies government expects to be implemented. The European Union has a pivotal impact on the Finnish political agenda and its efforts on sustainability support Finland’s goals.

The Finnish political system is pluralistic, with several strong parties. The government, elected in 2019, is a coalition of five: the Social Democrats, the Centre Party, the Left Alliance, the Swedish Party and the Greens. The prime minister, Sanna Marin, is a social democrat.

Finland has been weak in certain areas of the SDGs, with a lack of agility especially in regulation. The progamme however made commitments to legislate and the Climate Change Act, which came into force in 2022, requires that Finland be carbon-neutral by 2035, with further goals sets for 2040 and 2050. This regulatory strengthening is a major improvement when it comes to implementation.

The government monitors implementation of the programme with a monthly report on progress. By June last year, 70 per cent of the associated work plan had been realised (around 20 per cent of goals concern the government as a whole and will not be completed until the end of its term in June).

The budget for 2022, of €64.8 billion, committing to ‘sustainable growth for the future’, covered areas of economic, social and ecological sustainability outlined in the programme. Due to its traditions, the coalition can fairly easily show such dedication to sustainability objectives and there is common understanding of their importance among the public and the politicians.

Other countries would benefit from applying Finland’s dual approach to sustainability—systematic work with a wide range of stakeholders through the national commission, combined with the government programme. The SDGs terminology in the programme cements the parties behind it.

Finland ought to embed this long-term, enduring commitment to sustainabledevelopment. It should continue to develop successful mechanisms, such as sustainable budgeting, and increase ‘mission’-focused investment to support the green and digital transitions. It can ensure that the historically high expenditure on research and development to which it is committed—4 per cent of gross domestic product by 2030—is adequately allocated to sustainable projects and investments.

This commitment would take the public sector’s capacities to a new level when it comes to sustainability, while private-sector investment can boost sustainable growth. Active and open dialogue between the government and key industries is required.

Governing as a majority coalition is not a hindrance but a help. A programme made in an agreement among partners can be flexible yet resilient in such turbulent times as these. Nor should this momentum be dissipated: it finds an echo in public awareness and helps keep the agenda relevant for parties preparing their next electoral and programmatic pitches.

The formation of the government in 2019 was actually very recognisable according to the theory-of-change perspective. It was an open, evidence-based dialogue in which long-term-objectives and concrete ways to realise them were identified among the negotiators, to create a programme with bold vision and a narrative on which all agreed. This approach is still a work in progress.

The Finnish government can assure in this way its capacities to solve such a key strategic issue as sustainability. It now needs to join with other countries to pursue capacity-building in the international arena to tackle the global challenge. 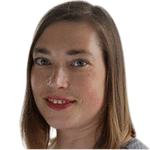 Johanna Juselius is a special adviser to the minister of communication and transport in Finland, Timo Harakka. This does not however represent an official view.