This week the European Commission will publish a proposal to revivify social dialogue. It must be more than words.

Social dialogue is a fundamental part of democracy in Europe. It is a powerful means of reaching fair agreements between workers and employers—the social partners—and of generating quality jobs and employment and securing sustainable economic growth.

This week, the European Commission is due to publish its long-awaited Social Dialogue Initiative. There will be a commission communication and a draft Council of the EU recommendation to strengthen and support social dialogue at European and national levels. This renewed focus on reinforcing social dialogue sends an important signal at a time when Europe is looking for sustainable solutions to the cost-of-living crisis and negotiating the green and digital transitions.

Social dialogue and involvement of workers is enshrined in the European Pillar of Social Rights (principle 8). The promotion of collective bargaining is—at the insistence of trade unions—one of the dual goals set by the October 2022 directive on adequate minimum wages in the European Union.

And social dialogue delivers. We have seen this again and again across Europe and beyond. During the pandemic, trade unions have taken the lead in identifying common solutions and reaching agreements in negotiations with employers and governments.

When whole sectors were hit by lockdowns, short-time working arrangements kept businesses alive and maintained employment. Health-and-safety protocols were negotiated to protect frontline workers and allow an eventual safe return to work. Telework arrangements were introduced and continue to be developed. Social dialogue and collective bargaining allowed workers to have a say amid a global pandemic and set the conditions for a fairer recovery.

It seems that at least some lessons have been learnt from the 2008 financial crisis. The austerity policies which followed led to a hollowing out of trade union rights and weakening of collective-bargaining systems, further delaying an excruciatingly slow recovery.

That is why social dialogue and collective bargaining must be safeguarded and supported as people across Europe bear the full brunt of the cost-of-living crisis. Social dialogue is key to keeping lights on and homes heated. By securing fair wages, collective bargaining is proving an invaluable tool to mitigate the potentially devastating effects of inflation on working families. Social dialogue offers a path towards sustainable and fair agreements and is a fundamental part of our democratic social model.

How can this new initiative lead to stronger social dialogue at European and national levels? Some fundamental weaknesses in the system need to be addressed.

Social dialogue should be promoted as a key performance indicator for each commission directorate-general, backed by a well-resourced network of social-dialogue co-ordinators. Making social dialogue mainstream requires, in the first instance, respect for the role of the social partners. The quality of their involvement and consultation varies greatly among the different parts of the commission. Allocating responsibility to a person in each directorate-general to ensure the proper engagement of social partners would be a positive step. Social dialogue must become the concern of the whole commission.

Back in 2015, a New Start for Social Dialogue was launched by the council, the commission and the social partners. It included commitments to respect social dialogue at Europe-wide, sectoral and national levels. Yet trade unions continue to be insufficiently consulted on—even excluded from—policy-making. In the absence of any effective process to identify when social dialogue is being undermined, the European Trade Union Confederation has called for a European early-warning mechanism, to enable social partners to seek solutions at the European level when they are being sidelined nationally.

Placing social dialogue at the core of how the EU operates requires a cohesive approach to how public money is used. The minimum-wages directive recognises this by highlighting the need for companies and subcontractors to respect the right to organise and bargain collectively. A sure way to strengthen social dialogue and collective bargaining would be to make clear that public money should not go to companies that refuse to recognise unions or apply collective agreements. More social conditionalities are needed.

The Social Dialogue Initiative must impose an effective and assured procedure for implementing agreements between the social partners. European agreements, negotiated with a view to becoming legally binding, must be subject to a recognised, transparent process, applying principles of good administration. This includes a clear and appropriate timeline and respect for the autonomy of social partners and their freedom to negotiate without interference.

This initiative is an important opportunity for the commission and member states to send a clear message that they are committed to a socially and economically fairer future, built on social dialogue and collective bargaining. This week’s commission proposals will be an important milestone in the construction of a more social Europe. They will not be a panacea but will hopefully play an important part in strengthening democracy and enhancing European social conditions. 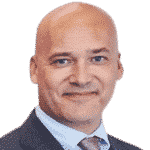 Claes-Mikael Ståhl has been deputy general secretary at the European Trade Union Confederation since September 2021. He deals with trade, mobility, employment, cohesion funds and occupational health and safety.