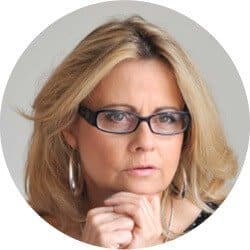 A new concept has emerged in political science in recent decades: the catch-all party or the party that attracts from all sides – beyond social classes and, above all, beyond the classic split between right and left.

More precisely, this type of party can be defined by its ability to attract individuals holding completely different points of view, voters coming from varying perspectives, men and women from the left as well as the right. The concept formulated by the social scientist Otto Kirchheimer evokes a very non-bureaucratic party with weak organisation but marked by a centralisation of power in the hands of the leader and his immediate entourage. This party, as a result, may morph into a so-called charismatic party (in the words of Angelo Panebianco) built around a single individual. That’s the potential drift in such a party without an adequate organisational infrastructure: only the leader can keep it together.

Political science long gave the party label “catch-all” to the Front National, not least for its ability to attract voters of the left as well as of the right. The left-wing electorate may be attracted by the economic and social side; right-wing voters by aspects of identity and security. If we add the weakness of its party organisation and a leadership heavily identified by Marine Le Pen that gives all the ingredients of a catch-all party.

Today we’re clearly witnessing the birth of a “catch-all” movement: that of Emmanuel Macron, and baptised “En Marche” (On our way). What’s more, we’re watching the birth of a catch-all candidate – even the initials of the movement (EM) match those of the person himself; EM leads EM, the tip of the pyramid is branded by catch-all man, “catch-all candidate”, a messianic movement focused on this “designated candidate.”

The electorate of this catch-all movement/candidate is gradually being defined but already – according to the demographics uncovered in the polls – it seems to have crossed the Rubicon and goes beyond this left-right split.

Today, we can certainly affirm that EM is the “catch-all candidate” in terms of the personalities surrounding him: ecologists more to the right such as Corine Lepage, elected socialists such as Gérard Collomb, US-style democrat journalists such as Laurence Haim, stalwarts of the UDF and New Centre such as Jean-Marie Cavada, protégés of the current government such as Jean Pisani-Ferry, liberal envoys such as Alain Minc…There’s a long list but it does underline how the old political cleavages have been left behind. Socialists, right-wing liberals, Greens, centrists – it’s all there with EM and all at work merrily leaving the old splits behind.

Right now, we cannot tell with certainty if EM – movement and candidate – will attract people beyond these elites, voters from all social classes and regions of France.

In future we shall be asking ourselves whether this catch-all movement won’t simply become a messianic movement for the greater glory of Emmanuel Macron with the simple goal of replacing the “state bourgeoisie” now on top with a new circle of insiders, a new Gotha, a spectacular “Who’s who”. That’s the risk with a catch-all party…

While there are clear visions of the world proposed by Benoit Hamon with his unorthodox and ecological view of society, by Manuel Valls with his wholly republican position, by Francois Fillon who wants to liberalise France or by Marine Le Pen with her national identity course, those “on their way” for the moment are simply proposing a leap forward, a Frenchie version of the technological/digital Promised Land of Silicon Valley. A great leap by elites clearly wanting to escape from the shadows of politics where they may pull strings – and passing into the light.

Is the essence of politics just a juxtaposition of names or expert skills/experts or a vision of the world and society in which one can believe and for which one is ready to fight? The political scientist Julien Freund, drawing on Carl Schmitt, would say that you cannot be all things to all men and that politics must be defined by one vision against another.

Originally published (in French) by The Conversation

Virginie Martin is Professor and researcher at Kedge Business School, and vice-president of Think Tank Different.