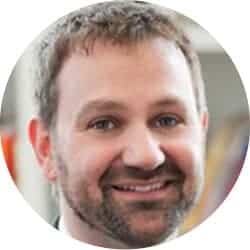 Theresa May’s highly anticipated speech on 17 January showed that slowly but surely, the UK government is realising the constraints of global trade rules. At last, the aims regarding future relations with the EU are becoming clear: Britain will leave the single market, end the free movement of EU citizens to the UK, set its own tariffs, but also seek a comprehensive free trade agreement (FTA) with the EU.

Negotiating a free trade agreement according to Article 24 of the General Agreement on Tariffs and Trade (GATT) and Article 5 of the General Agreement on Trade in Services (GATS) has considerable advantages over the nebulous plans ministers have floated before, not least that it is a coherent strategy. It is also an obvious position that best serves the UK’s interests, and that many observers, including myself, hoped the UK government would assume once one of the best British qualities – being able to keep a cool head under fire – reasserted itself.

In principle, such an agreement could come very close to genuine free trade, especially because in these unprecedented negotiations, the partners start without tariffs on bilateral trade. Any duties resulting from the negotiations must fall between zero and the current EU tariffs on imports from WTO members who do not receive any preferential treatment. The EU cannot legally charge higher tariffs than the latter. And fortunately, the EU’s external tariffs are among the world’s lowest everywhere except in agriculture. Nonetheless, with the UK being much more dependent on the EU’s market than vice versa, the situation remains highly asymmetrical.

The UK’s best alternative to a negotiated agreement is often referred to as the ‘WTO option.’ That is also true for the EU. Research on bargaining suggests that in this case, the UK will offer almost tariff-free access for EU exports, while the EU will grant marginally better access than it currently offers to WTO members. On services, the EU will likely roll back access considerably. In fact, that is the pattern of most free trade agreements the EU has negotiated so far.

Add to this the bill for pension entitlements of British EU bureaucrats: the EU would be left with it if the UK broke off negotiations, so Brussels will offer London additional market access worth exactly that much, with no net benefit to Britain. While many British observers will call this a bad deal, it is still marginally better than no deal, and walking away from it would be highly irrational. Of course, under pressure from a rabidly anti-EU press, the government may behave irrationally. What’s more, Parliament could reject a deal, in which case the UK would simply default to WTO status after leaving the EU.

Attempts to put more issues on the table like hinting that the UK is one of only two nuclear powers in Europe, or that it possesses “unique” intelligence services, are empty threats: Guaranteeing their contribution to EU members’ security cannot be credibly linked to trade negotiations. On the other hand, as a free trade agreement partner, the EU cannot prevent the UK from introducing a radically low tax regime at home, so that menace is best ignored by Brussels. The bond markets and the UK’s unfavourable public finances will reign in such ideas quickly.

A few points remain on which reality has not fully set in: For example, Britain may want to remain part of specific programmes – including the European research area, of which, for example, Israel is a member. This would require the contribution of substantial funds, as British universities receive far more than the UK pays in. More importantly, the UK will learn that it cannot set its own trade policies for cars and lorries destined for the EU market. In the North American Free Trade Agreement, the US forced Mexico to start charging duties on parts from Europe and Japan that went into the production of cars in Mexico for the US market. The European Commission is well aware of this precedent; in fact it was among the factors prompting the EU-Mexico free trade agreement. Whatever Theresa May promised to Nissan Chairman Carlos Ghosn is unlikely to survive the final bargaining round.

The general parameters of an EU-UK free trade agreement can therefore be predicted. Clearly, this policy choice comes with a significant economic cost in terms of market access, but the government appears willing to make such a trade-off. In principle, such an agreement should not even take long to negotiate. That it took months for the government to sort out its position and understand basic principles of global trade rules, however, suggests that it is still not listening to Whitehall enough. Or perhaps, as feared by many, that the government still lacks an understanding of essential trade policy principles. Building up such capacity now is imperative if the UK is to be able to secure a comprehensive trade agreement with the EU in a reasonable time frame.

Mark Manger is Associate Professor at the Munk School of Global Affairs at the University of Toronto. He has been a consultant to the Governments of Canada and of Japan on Free Trade Agreements.