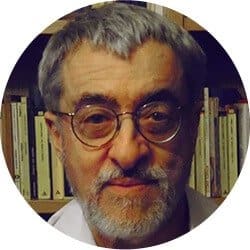 One of Italy’s main problems is the poor performance of its public administration. This contributes to Italy’s low international credibility and to the scant appeal that Italy has for foreign as well as domestic investors. A major organizational reform of the civil service cannot be delayed any longer. But any such reform will by no means be adequate. Italy’s public sector is also severely undersized compared to all the major EU member countries (see data below). To obtain comparable data we had to go back several years, yet it is absolutely certain that in the years thereafter the relative standing of Italy did not improve, far from it. Also, the average age of public employees is now above 50, a consequence of the nearly complete absence of turnover since the early 2000s, itself a consequence of the squeeze on public expenditure. In any case, Italy’s abnormal position with respect to comparable countries is proved by its being among the OECD countries with the lowest share of tertiary education, and at the same time with the highest unemployment among university graduates; arguably, a consequence of the low public sector employment.

An inflow of new young and highly educated individuals cannot be put off without risking an additional unbearable decline in the quality of public services provided to citizens and firms. Our* proposal consists of filling between 800,000 and 1 million new positions in areas where the shortage is particularly acute (see section 3 below). The proposed intake, while still insufficient to raise the number of per capita Italian public employees to the level of France, UK or USA, would have a major impact on the youth employment front. The cost of this project may be estimated about €15-20 billion a year (corresponding to an average individual take-home pay of €800-1000 per month).

The policy would be financed by a progressive hypothecated wealth tax on financial assets. While the level of the net wealth of Italian households is about seven times GDP, comparable to that of France, UK and Japan, and higher than that of Germany, USA and Canada, the tax on capital gains is currently lower in Italy than in many EU countries. Half of the households would be exempt from the tax; starting from the 6-th decile of the distribution of financial wealth the proposed tax rate would be 0.2%, increasing to 0.6% at the highest decile. The extension of an analogous wealth tax to property is unfeasible at the moment, due to a prolonged failure to update the Real Estate Register, rendering it difficult to gauge the tax in order to prevent it from becoming highly regressive, not to mention the compliance costs; by way of contrast, a tax on financial assets has virtually no exaction cost. The rates implied are, arguably, sufficiently low to exclude a voting-with-the-feet escape; and the crowding out effects on investments will obviously be minuscule. Finally, the tax could reasonably be abolished after three years, due to the multiplier effects.

Where to employ the new employees

The notorious level of corruption in Italy, as well as the traditional inefficiency of many sectors (not all) of its public administration, make it necessary to put forward from the very beginning some guide-lines on how to implement the policy, even if practical details are unnecessary to establish until a political decision has been made. We suggest that the request of additional personnel should be a bottom-up process, on the basis of specific plans developed by the different bureaux, to be evaluated competitively by a non-political technical office. This evaluation should be made on the basis of agreed criteria, like the availability of people with the requested (or easily achievable) skill or the activation of demand for internally produced goods and services.

This proposal may look strange in the current political climate, that is strongly, sometimes almost fanatically adverse to any enlargement of the role of government. Therefore, we made a Computer-assisted telephone interviewing (CATI) survey to assess its acceptance by public opinion, over a nation-wide representative sample of 800 people aged over 45. The results are unambiguous and encouraging. As many as 79.9% of those interviewed agree or strongly agree with the project if the wealth tax has an exemption threshold of €130,000; this share only declines to 69.7% with no exemption.

There are several technical problems. For instance, it will be necessary to prevent the hiring of new employees to replace fixed-term ones; this could be done with a proviso that a bureau obtaining new assignments cannot reduce its personnel budget. Also, specific rules must be established for hiring procedures. In any event, this policy will simultaneously attain three important objectives: (i) a large impact on (un)employment; (ii) a substantial improvement in GDP growth; (iii) a crucial role in making Italy’s public administration more efficient. Moreover, this policy will (very likely) enjoy wide support within public opinion. It calls for solidarity, and for the implementation of solidarity through State institutions, thus inducing a better attitude of the citizens towards the State – something that Italy strongly needs. And other countries too.

Basic data: (as of 2011, the last year with comparable OECD data available). In Italy there were 17.56 citizens per civil servant, compared with 10.17 in France (2010), 10.94 in the UK, 7.25 in Sweden, 14.08 in the USA, 15.21 in Spain and 18.28 in Germany. The German figure is not strictly comparable owing to the private sector employment contracts of health personnel. (The share of GNP of public sector expenses for health personnel was 2.5% in Italy and 2% as an average in the EU-27, but only 0.04% in Germany; while that of the spending on health services was respectively 2.6%, 3.6% and 6.4%). If we consider only administrative (non-military) employees, the bulk of a good administration, Italy – with a stock of 1,337,000 – should hire 417,000 and 1,309,000 respectively to have the same number per capita of Germany or the USA. The performance of Italy worsens if we consider the overall employment, public and private, in mainly public sectors (Industries L to O of ILO classification, i.e. Government, Defence, Education, Health and Social work; data on request)

Guido Ortona is a full professor of economics at the University of Piemonte Orientale, Italy. He has done research on public choice, experimental public choice, electoral matters and economic policies.