The European Commission has just completed an important public consultation on strengthening national equality bodies, with a view to setting minimum standards for their functioning across all grounds and fields covered by European Union equality law. It is particularly important that the type of action envisaged by this initiative is legislative, included among plans for directives in the commission’s Work Programme 2022.

National equality bodies play a crucial role in challenging discrimination and promoting equality across Europe, providing leadership on the core EU value of equality and defending the right to non-discrimination. They are necessary and valuable agents of social change, acting as expert institutions, watchdogs and champions of equality, all at once.

The adoption over the years of various equality directives has significantly enhanced rights to non-discrimination, particularly in employment but also in respect of goods and services, on the grounds of race/ethnicity and gender. Legal protection against discrimination should also be extended, beyond employment, to the grounds of age, disability, religion or belief and sexual orientation, but this has not yet proved possible at EU level.

Making sure that the equal-treatment legislation works in practice—that rights are indeed accessible to all—requires strong and effective equality bodies at national level. To comply with the requirements of the racial-equality directive of 2000 and the later gender directives, member states had to establish an equality body (or so designate an existing one) to provide independent assistance to victims of discrimination, conduct independent surveys and reports and make recommendations.

Such bodies now exist in all member states and beyond in Europe. They have established themselves as key institutions in the national equality infrastructure and have helped secure important advances. Although there are different models and they vary significantly, in size, mandate, grounds covered, structures, experience and history, equality bodies promote vital respect for equal treatment, independent of government.

They assist individuals with litigating complaints or deciding on them, developing important case law and jurisprudence. They identify inequalities through research and investigations and make policy recommendations. They work with employers, other public bodies and duty bearers to introduce good equality practices and promote equality for all.

Some equality bodies however work in very difficult circumstances. Some lack a wide and strong mandate, and so sufficient powers to act on a scale and to a standard that can achieve an impact. There are gaps in protection, for some grounds of discrimination and/or some fields where it occurs, in around a third of member states. Some lack the necessary litigation and/or decision-making powers to ensure effective support for victims of discrimination.

Others face a critical shortage of financial and staff resources. This is a major concern because of the repercussions for the work that equality bodies can do—not only legal but also research, policy, promotion and advocacy work. Some are subject to political interference, severely undermining their independence.

More, some bodies are the subject of hostile commentary—including from senior politicians—arising from support for particular cases or the championing of policy positions covering particular grounds, such as sexual orientation. Hence it is critical that they can act on their powers and duties independently, without fear or favour.

To address these challenges, the European Network of Equality Bodies, Equinet, called for standards for equality bodies to be established, beyond the minimum standards signalled in the directives, to ensure that equality bodies are able to fulfil their potential and have real impact.

In 2016, Equinet produced a working paper, setting out what such standards should cover, including issues of mandate, independence and effectiveness. It raised awareness of the need to take action on this at EU level. Equinet (of which I was then chair) launched the working paper at an event in Brussels, presenting a copy to Vera Jourova, commissioner for justice, consumers and gender equality at the time.

The commission has been alert to the difficulties faced by equality bodies over the years—including from its own studies of the implementation of the various equality directives. In 2018 it published a recommendation on standards for equality bodies. This ‘soft law’ highlighted the wide margin of discretion left to member states on the structure and functioning of equality bodies and the challenges faced by some. It aimed to encourage improvements, recommending measures to enhance equality bodies’ independence and effectiveness.

The current initiative was announced last July, following the EU anti-racism action plan and the disability, LGBTIQ+ and Roma-equality strategies, in which the commission raised the possibility of proposing EU-level legislation to strengthen the role and independence of equality bodies. A commission report on the application of the race and employment framework directives and accompanying staff working document on equality bodies, published in March 2021, highlighted that the 2018 recommendation had not been fully implemented and had not brought about substantial change in most countries.

The commission published a roadmap, setting out key aspects of the initiative: defining the problem and the context, a subsidiarity check, what was to be achieved and how and the fit with the ‘better regulation’ agenda. Consultation with national equality bodies and with citizens and stakeholders was part of the process.

The roadmap noted the discretion member states had with regard to the mandate, powers, independence, effectiveness and resources of equality bodies and that not all equality directives provided for them. It set out the potential to address the following:

Equality bodies provided feedback on the roadmap last year and contributed to the public consultation. This sought views on the importance of member states establishing strong and effective bodies, on equality bodies in all member states providing minimum standards of services, on accessibility of services and on essential criteria to guarantee independence. It also asked for views on what effect the introduction of binding minimum standards would have on individuals and organisations.

The current situation endangers the coherent implementation of EU equality legislation and strategies and the effective protection of the rights of all victims of discrimination across Europe. The responses to the consultation can be anticipated to reinforce the crucial importance of progressing towards binding minimum standards for equality bodies, as a common floor has the potential to contribute significantly to effective enforcement of EU equal-treatment legislation. 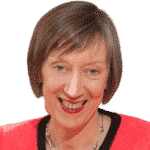 Dr Evelyn Collins was chief executive of the Equality Commission for Northern Ireland from 2000 to January 2023. She is chair of the Equal Rights Trust and was chair of the board of Equinet from 2013 to 2017. She was a member of the European Commission’s Advisory Committee on Equal Opportunities between Women and Men from 1992 to 2020.