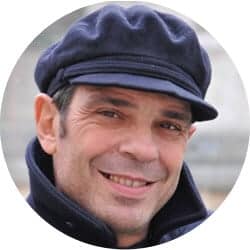 The debate on the sustainability of the European single currency seems to have focused exclusively on the requirement that EU member states comply with the macro-economic financial parameters established by the dictates of austerity policies. The absence of any collective reflection on how to boost structural economic development is astonishing at a time when many European countries – particularly around the Mediterranean – are dismantling the physical and human infrastructure of basic research and academia. It instead reflects the belief, grounded in neoclassical economic theory, whereby markets alone should govern economic development.

China currently spends 2 % of its GDP on research and development (R&D) – twice what it did in 2000 – the United States about 2.8 %, while Europe as a whole lags behind, despite the fact that the Lisbon Strategy had as a main objective for 2010 spending 3 % on R&D. While that strategy has been ignored, if not forgotten, it remains true, the more optimistic policy-makers note, that Europe, with less than 10 % of the global population, produces more than 30 % of the knowledge (measured by scientific papers). Therefore, the situation for science and research in Europe should be very propitious, despite some difficulties at the regional level. In reality, the situation is becoming more alarming because Europe is not homogeneous economically and scientifically but harbours huge and growing imbalances. These are already dangerous but can swiftly imperil the very possibility of the existence of Europe, as we know it today.

The austerity measures taken in response to the financial crisis beginning in 2008 are helping to dismantle several university teaching and research systems in southern European countries, even to the point of compromising the future of new generations of researchers with adverse effects for decades to come. What is happening in countries such as Greece, Spain, Portugal, Italy or Cyprus is similar to what took place in the countries of central and eastern Europe in the 1990s: a progressive emptying of skills and of technical and scientific infrastructures.

Staff cuts in university and research programs in southern EU countries – which deepened because of public spending cuts under austerity policies – end up being consistent with the low demand that marks the economic system, given the drop in the number of innovation high-tech companies in these countries and the prevalence, among small and medium-sized enterprises, of small family businesses with no innovation capacity. In other words, the retreat of national innovation systems in the countries of southern Europe, once it has been triggered, only serves now to feed itself, aggravating even more the dismal development prospects of these economies.

Differences in growth among European countries are, therefore, a clear expression of the uneven capacity of scientific, technological and innovation development of their production systems. In southern European countries industry’s low research spending is a sign of the marginal presence of those advanced sectors that normally display a higher propensity to invest in R&D. This marginalization of the advanced sectors in turn implies an increasing marginalization of these countries with an overall loss of their economic development potential. In recent years, the situation has got worse: just consider that public expenditure in research has increased by 15 % since 2009 in Germany, while, for example, in Italy, in the same period it has fallen by nearly 20 %. Austerity in the wake of the 2008 crisis has done nothing but accentuate the structural differences between the Eurozone’s economies that were present even before the euro’s introduction.

European policies prove unable to remedy these dramatic discrepancies and, instead, heighten them by forcing large cohorts of young scientists to quit careers in science and technology or to migrate to the most welcoming countries in northern Europe. For instance, in Italy the number of professor has diminished by 20% from 2008 (see here for a more detailed analysis about the outflows of researchers from southern European countries). In this way, the countries of southern Europe represent a reserve army of researchers, engineers, architects, etc. These young people have acquired education at the expense of their country of origin but are working in the northern countries with precarious contracts and on low pay. This surplus supply of labour obviously holds down the wages even of indigenous researchers. The result will be of necessity an even more unbalanced scientific development among EU Member States that will contribute to growing economic and social divisions and to the unsustainability in the medium to long term of the EU itself.

The above clearly shows that the European Commission has not taken any action to stop the dismantling of national R&D systems in some member states; to the contrary, the continuous cuts in financial and human resources encouraged or imposed by the Commission itself have worsened the situation. It could have taken measures to encourage national governments to make R&D a priority – and has certainly shown it can exert a strong influence on national policies when it wishes to.

European institutions should take responsibility to minimize the growing research and innovation gap between member states, which is feeding a very large gap in social welfare. This requires a long-term vision with sustained R&D investment via anti-cyclical funding. For instance, structural funds should be used to stop the brain drain. Investment in public R&D should not be counted in the calculation of national deficits. One might also consider the equivalent of a tax credit: when a member state with a R&D deficit increases its public investment in R&D by a certain amount, its global contribution to the European budget could be decreased by a percentage of that sum, following the same philosophy as with structural funds.

In summary, the European Commission should use incentives to increase national funding for research. In addition, the targets of the Lisbon Strategy should be re-asserted, while trying to implement them for real this time. It seems the Commission has the means to impose on member states a lengthy series of financial parameters, from austerity measures to milk quotas, but is not interested in fostering their sound development in terms of research and innovation.

Francesco Sylos Labini is a theoretical physicist at the Enrico Fermi Centre in Rome. He is an editor of the science policy blog Roars.it and author of the book Science and the Economic Crisis published by Springer 2016.