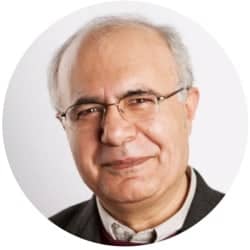 Recent developments in EU-Turkey relations are revealing. The EU-Turkey high level meeting of May 2015 gave the green light for upgrading bilateral trade. Less than six months later, the Turkish President Recep Tayyip Erdogan ordered a military crackdown on the Kurdish region, causing hundreds of civilian deaths and the destruction of cities, towns and livelihoods.

In December 2016, the European Commission asked for Council authorisation to start work on modernising the customs union (CU) with Turkey. Less than one month later, Erdogan branded the signatories of the Academics for Peace declaration as traitors. The witch-hunt he orchestrated led to the dismissal of hundreds of academics, currently on trial on terrorist propaganda charges. This was all because they called on the Turkish government to stop the violence against the Kurds and invited international observers to monitor the situation on the ground.

In July 2016, Erdogan declared the botched coup of July 2016 a god-sent gift and accelerated his push to consolidate the most oppressive regime that Europe has seen since Nazism in Germany. The European Parliament (EP) reacted in November 2016, condemning the repressive measures and calling for a temporary freeze in EU-Turkey accession negotiations. But the Commission ignored the EP’s call and made the case for upgrading the EU-Turkey CU in December 2016.

While the Commission was articulating its case, Erdogan was branding the German and Dutch governments Nazis or Nazi remnants. He also engaged in hostage-taking of European and US nationals, arrested human rights defenders from Turkey and Europe, and threatened Greece and Cyprus with irredentist rhetoric. The nature and consequences of the emerging regime under his control have been documented in disturbing reports by European and international organisations.

It is not rocket science to conclude that the EU has failed abjectly to use EU-Accession partnership conditionality to check the rapid build-up of a dictatorial regime in a candidate country. Furthermore, EU actions so far bear the hallmarks of an appeasement policy towards an increasingly oppressive regime, whose architect did not show any restraint in attacking and humiliating European governments, institutions and values alike.

Both voluntary and compensated defenders of appeasement towards Turkey are now telling us that upgrading the CU with Turkey will be good for democracy in the country. The uninitiated reader may be forgiven for taking the bait, but the CU agreement has no democratisation conditionality – apart from some flimsy implications for competition law. Even when a commissioned study tries hard to detect other examples of democratisation conditionality within the CU, it can come up only with two other and equally flimsy channels: intellectual property protection and the environment!

More importantly, it must be recalled that trade policy alignment within the CU has been underpinned by the prospect of EU membership. The latter was conceived by the electorate in Turkey as a way out of a deadlock characterised by low-quality institutions (including rampant corruption) and three economic crises from 1994-2001. That was why EU membership enjoyed strong public support and convergence towards the European acquis acquired a normative appeal after 1995.

Furthermore, EU conditionality works well in the process leading to CU or EU membership. The evidence from the Eastern enlargement is telling: while governance quality had improved in Central and Eastern European candidates during the pre-accession process, the years after accession were characterised by stagnation and backsliding – as can be seen in Hungary, Poland and perhaps the Czech Republic.

The policy implication is quite clear: the EU should not put the cart before the horse. Instead, it must resort to the conditionality enshrined in the accession partnership framework to challenge the dictatorial ambitions of a religio-fascistic regime. Specifically, the EU should suspend both the upgrading of the CU and the accession negotiations until the Turkish ruling elite demonstrates a credible commitment to EU norms – and abides by them.

Despite repeated EU failures so far, the EU can still heed the reports from European institutions – particularly from the Venice Commission and the Council of Europe. These reports imply that Turkey should be placed under monitoring; and should be rewarded only to the extent that it upholds European values and rectifies the consequences of the dictatorial drive.

European civil society is now more than ever the last line of defence for democracy, human rights and rule of law in Turkey and the wider Europe given that EU governments are turning a blind eye to, or emboldening the rise of authoritarianism. This political collusion has marginalised the European institutions and rendered them ineffective in their calls for democracy and rule of law.

Therefore, European civil society must raise its voice. Academics and teaching professionals should call on UNESCO and their education establishments to condemn Turkey for its attacks on academics and teachers and freeze any cooperation with the Turkish education system. They should also call on the EU to halt the upgrading of the CU and on their national governments to stop outbidding each other in signing arms deals with Turkey.

Trades unions should also call for a more representative consultation on the upgrading of the EU-Turkey CU. The current consultation document is based on submissions mainly from companies and business associations (94%). European trades unions have more than enough reason to take a stance: working conditions and union rights in Turkey are not only dire for workers there but also constitute a dangerous level of social dumping.

Finally, political party members, supporters and voters should exert pressure on their representatives to take a principled stance against appeasement. At this juncture, this is particularly vital in Germany where a coalition government is in the making. An outright German stance against upgrading the customs union until positive evidence of commitment to rule of law in Turkey will be a significant signal for other EU member states to follow. Europe’s own post-war value system is at stake.

Mehmet Ugur is Professor of Economics and Institutions and member of Greenwich Political Economy Research Centre (GPERC) at the Department of International Business and Economics, University of Greenwich.