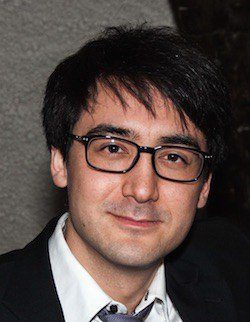 Since the beginning of 2015, two opposed events (by virtue of their underlying rationales and their protagonists) have dominated the news in Europe: the ECB’s plan to buy massive amounts of sovereign debt and the electoral victory of Syriza in Greece. On the one hand, an independent European institution emancipated from a strict reading of its mandate as laid out in the treaties. On the other, a radical leftist party that won the general election in Greece on a platform rejecting the constraints imposed by Europe. These events are the product of two opposing dynamics within European integration that nevertheless are drawn from the same source: the political struggle for the redefinition of the European pact.

The ECB’s power play is anchored in the functionalist logic of integration. Member States pool their expertise with the goal of improving their efficiency through increased synergy. But the integration of these different sectors creates peripheral problems that are then addressed by incorporating related sectors. Thus, according to numerous economists, the monetary union begets a banking union, which itself eventually requires a budgetary union, which is in turn inseparable from a fiscal union, all of which ultimately cannot function without a true political union. According to this logic, though the ECB’s policies may well be illegal under the treaties, they are nevertheless necessary in order to save the Euro zone and are, therefore, legitimate.

For its part, the Greek electoral revolt subscribes to a contrary rationale: that of the democratic principle inherent within the sovereign state. The self-determination of a people is achieved through the majority principle and within the limits fixed by constitutional guarantees of human rights. It is not a democracy if the power of the government (kratos) is no longer exerted or kept in line by the people (demos). Similarly, it is not a democracy if the elected government does not have the power to implement its campaign pledges. Following this logic, the possible unilateral exit of Greece from the Euro zone would be traumatic, not only for the Greeks but also for the other European Union (EU) Member States and the European pact; it would nonetheless be the result of a democratic choice and thus also be legitimate.

We have now reached a point where it is necessity versus self-determination. Europe is necessary, even if only geopolitically, but imposes its laws and keeps those who attempt to stray fiercely in line. The Greeks massively rejected the structural reform programme of the Troika but nevertheless want to remain in the Euro zone out of fear of the consequences. The choice remains: submit or leave.

There is comfort in the fact that Syriza would rather eat their own words a mere few months after their triumphant electoral victory than face the consequences of a “Grexit” – at least for now. That being said, the humiliation of a sovereign people is at stake here. If social distress can lead the electorate of an EU country to vote for a radical leftist party, where will humiliation lead them? Will it deliver them into the hands of the far right? Herein lies one way in which the democratic principle can resist the functionalist rationale of integration: a political rupture decided by the people.

The second way is through a constitutional rupture. This time, the greatest risk stems from a state at the other end of the Eurobarometer spectrum: Germany. The push for integration, notably from independent European institutions, with the Court of Justice of the European Union (CJEU) and the ECB leading the charge, engenders mounting constitutional tension with national jurisdictions. Due in equal parts to power dynamics and the aforementioned functional reasons, the European treaties, as they are conceived by Member States, are progressively being reinterpreted and redefined by unelected supranational institutions independent of national governments.

Thus, by invoking the principle of effectiveness embedded in EU law (that no internal market is possible without a shared interpretation or uniform application of said laws), the CJEU, from the 1960s onwards, sanctioned through jurisprudence two principles that are essentially constitutional in nature yet absent from the treaties: the principle of direct effect (that EU law applies directly in domestic legal systems) and the primacy of EU law (national legal systems, including national constitutions, are superseded by EU law). The CJEU continues via other means to expand the scope of application of EU law even farther than its current influence – one that already extends to nearly all domains of national law.

Much more recently, the ECB, with its Outright Monetary Transactions (OMT) programme in 2012 and its purchase of government bonds earlier this year, blithely circumvented the clause that prohibits bailing out states or their secondary banks. However, the necessity to save the Euro zone, similar to the need to ensure the efficiency of EU law, cannot in the eyes of national constitutional courts prevail over the rule of law – of which they are the ultimate guarantors. Furthermore, each national court has its own definition of the rule of law and its own interpretation vis-à-vis the requirements of the EU.

Those of the German constitutional court are among the strictest, not to mention the most dogmatic. Germany, more than any other European state, bases the legitimacy of its political regime on the rule of law embodied by its constitutional court. It has made it very clear to the CJEU that it can rule that the CJEU’s and the ECB’s deviations from the letter of the law are unconstitutional. The case now before the CJEU regarding the ECB’s OMT programme is, quite simply, a time bomb.

The Foundations Of A Political Europe

Europe is treading a fine line on the edge of a democratic cliff. The pressure exerted on the democratic principle by the continued deepening of functional integration appears to be unsustainable. We are nearing the end of a paradigm that has run its course. What will Greece do in the very near future when it needs to negotiate a third bailout plan? In France, the increasing electoral success of the Front National (FN) would have seemed unimaginable and unspeakable ten years ago. It is now possible that the FN could seize power in several major regions and its victory in 2017’s presidential elections is no longer relegated to the realm of the absurd. Finally, a constitutional crisis undermining the legal basis of the internal market is brewing with the first shots likely to be fired by Karlsruhe.

Such is the fate foretold for the European project, a project that is essentially one of functionalist integration. This is because a process is not an act of foundation. While this does not contradict its original starting point, in this case the principle of state sovereignty, it is nevertheless straying further away – generating expansion, tension and an ineluctable rupture. The purpose of an “ever-closer union between the peoples of Europe” contains within itself the same contradictory logic that heralds its eventual collapse.

It bears repeating: a process is not an act of political foundation. This needs to be the starting point for any reflection on the future of Europe. The French vision of Europe, defined by grand plans (grands projets), or the German ideal of an ordoliberal Europe, that is to say a market economy regulated by law and not by political power, both miss the point: what are the founding principles behind a political Europe? This primordial question cannot be avoided by Europeans any longer. Sooner or later, a qualitative leap will be needed, be it at a constitutional (sovereignty) or budgetary (public authorities) level, to transform the political nature of the EU. We have ten years ahead of us to tackle it.