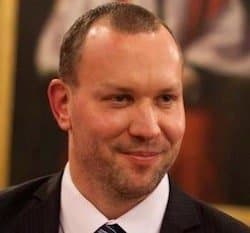 Europe’s centre-left, progressive politics is in crisis, maybe in its most existential crisis since the foundation of the Social Democratic movement in the late 19th century. Currently only a small number of countries in the EU are led by a Social Democrat. Where Social Democrats are in government their poll ratings either stagnate or decline. Many on the political left expected that the second major crisis of global liberal capitalism since the 1929 Wall Street crash would result in growing public support for an alternative progressive political agenda. The blatant failure of the financial industry to act responsibly under the light touch regulatory regime that Reaganomics and Thatcherism had implemented back in the 1980s seemed to pave the way for something different. In contrast to the US however, European electorates continued to put their trust in the centre-right parties which want to maintain the economic status quo they originally established.

European countries, therefore, predominantly adopted a programme of rigid fiscal austerity on the basis of cutting back state provision in the area of welfare, public services and public sector employment. At the EU level, centre-right parties continue to dominate the Council and the European Parliament. Their firm grip on the EU’s collective policy agenda is reflected in a strong preference for economic liberalisation, labour market deregulation and welfare reform under the new Europe 2020 Strategy. Domestically, many member states have witnessed a marked shift towards right-wing populism and, in some cases, even extremism. Growing support for the United Kingdom Independence Party (UKIP), the Alternative für Deutschland (AfD) in Germany, the Lega Nord in Italy, the Austrian Freedom Party (FPÖ) and, at the more extreme scale of the political spectrum, the neo-fascist Jobbik party in Hungary, Golden Dawn in Greece and the Sweden Democrats are prime examples of this trend.

Centre-left parties struggle to gain support under conditions that should favour them because they have presented the public with a rather ambiguous political agenda in response to the financial crisis. The crisis has made people increasingly insecure and concerned about their personal lives. The public consequently demands decisive political answers to the mounting challenges they perceive daily. Progressives have instead offered a blurred picture that often wavered between pragmatism and modest radicalism.

To a large extent, this confusion stems from the fundamental transformation centre-left politics had undergone in the 1990s. The ‘Third Way’ Social Democratic modernisers of the likes of Blair, Schröder and Prodi essentially embraced the neoliberal status quo of their centre-right predecessors. Maintaining scepticism towards the state and promoting light touch regulation for businesses and the financial industry were considered to be the cornerstones for long-term economic success. The ‘good society’ was supposed to be built on targeted investment in universally accessible education, training and public services. The failure of Social Democratic modernisers to substantially reduce social inequality ultimately made it increasingly difficult to maintain broad electoral support.

As the progressive agenda became increasingly indistinguishable from that of the centre-right, both long-standing and newly gained supporters turned away. This resulted in growing levels of voter abstention and a shift of traditional working-class supporters towards either radical left-wing or populist eurosceptic, anti-immigration parties. The formerly catch-all broad electoral base of Social Democratic parties has hence been melting away.

The global financial crisis has further augmented this trend. Social Democrats failed to recognise the extent to which voters associate them with the status quo of globalised capitalism. The centre-right has boldly promoted the need to focus on rebalancing budgets by implementing radical spending cuts. This may be a bitter medicine for the public to swallow. At a time of great uncertainty it seems, however, to be a preferable remedy to the patchy proposals of the Social Democrats who promote punitive taxation on private capital and financial speculation in order to avoid deeper austerity. The proposals for new redistributory mechanisms also seem to stand in stark contrast to the general trend of strengthened individualism under post-crisis conditions. The growing levels of personal insecurity explain why people tend to show less support for policies that aim to instil collective solidarity. Overall public attention is also shifting downwards. Support for the immediate family consequently becomes more important than addressing imbalances in the wider society. The national interest becomes paramount, with declining levels of support for economic and political cooperation at the EU level.

How can centre-left progressive politics respond to these developments and escape from the stranglehold of the narrow-mindedness that seems to have taken hold in this new age of austerity? Social Democrats should be bold in rejecting the anti-state agenda of the centre right and actively promote the Scandinavian agenda of radical individualism, which combines individual freedom with a strong sense of collective responsibility and community. This radical individualism can also be applied to engagement in Europe, where the emphasis on preserving national identity and interests does not have to come at the expense of engaging actively in the EU’s economic and political cooperation. Progressive Social Democratic politics has an important role to play in shaping the future of societies in Europe. Its destiny will depend on a bolder, more forward-looking and less defensive approach that challenges the core of the centre-right notion that there is no alternative to the status quo.