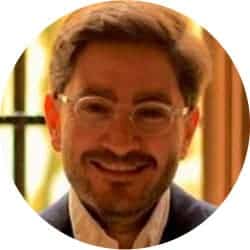 José Ortega y Gasset, one of Spain’s pre-eminent intellectuals of the 20th century, wrote in his 1922 seminal work “Invertebrate Spain” that what underpins the existence of nations is not a common history but rather a “compelling project for tomorrow”. For Ortega it was not a shared past that brought and kept diverse peoples together but a captivating vision for the future.

For him, Spain’s territorial decomposition, first with the loss of overseas possessions, and ultimately with the emergence of pro-independence movements in the Iberian Peninsula itself – mainly in Catalonia and the Basque Country – was a product of prolonged decline and the dissolution of the Imperial project. The Empire had acted for centuries as a centripetal force bringing together widely varied political communities under one same roof and justifying that co-existence through a civilizational narrative in which Spain’s role was central. As the Empire began to collapse this narrative was slowly eroded and different political communities started to build – or in some instances re-build – narratives of their own.

When one tries to understand the current troubles in Catalonia it is important to keep Ortega’s analysis in mind. It is no coincidence that Catalan pro-independence sentiment only began in earnest with the collapse of the Empire and that it has since ebbed and flowed according to the economic and political climate in Spain and Europe. The latest swing of that pendulum has been particularly strong. Before the financial crisis began in 2007 support among Catalans for an independent Catalonia was scarcely above 10%. Today, after what could be described as the worst economic crisis in recent Spanish history, it stands at just below 50%. This period of economic contraction has also seen a great deal of corruption scandals affecting national political leaders, political parties and institutions, which has strengthened the idea that Catalans might do better if they had their own state.

The reason that led Ortega to write about nationalism was his deep concern about its consequences. He could see, just as many of his contemporaries, that in its desire to exacerbate national identities it carried the seeds of conflict. Nationalism lives off the creation of narratives that instead of including as many as possible seek to elevate a few over others that are depicted as different, inferior or less worthy. This is the reason why it flourishes in moments of pain and misery. Through the lens of nationalism, the origin of such evils is but the other, a certain minority, an external group or a corrupt political class. This adoration of the particular, of that which makes some people different to others, is nationalism’s original sin and the source of its many pernicious consequences.

Not all nationalists would subscribe to this description of their ideology and many believe their actions will in the end produce open and cosmopolitan societies. This is particularly true in the Catalan case with many pro-independence supporters proclaiming to be at the same time nationalists, liberals and globalists. And yet one cannot on the one hand proclaim the value of openness and on the other the impossibility of living within a democratic society shared by peoples that speak different languages or manifest different cultural traits. This is as contradictory as attempting to build a global Britain while at the same time extirpating the country from the world’s largest single market and its most diverse political community.

The parallels between the British and Spanish cases are actually startling in many regards. The United Kingdom was itself a product of the Imperial project. Perhaps the most powerful force that brought together the different nations of the British Isles was the prospect of empire. Scottish nationalism, despite its many claims to deeper roots, only really took hold after the 1950s and gained pace only after de-colonisation. Also, Scottish independence became a far more attractive proposition once the UK decided to leave the European Union and deprive the Scots of the overarching political framework they desired. By voting for Brexit the British hurt their Union more than they could have anticipated. This is particularly tragic in the case of English nationalists that in a display of great short-sightedness rabidly criticise European integration and at the same time praise British integration, when they are today more than ever two sides of the same coin.

How one views the issue of diversity within a society is as a matter of fact one of the most defining features of one’s ideology. Those who find meaning in closed groups with strong and excluding identities are in one camp. Those that seek to build open, diverse and cosmopolitan societies are in the other. Given the historical record of nationalism and its perverse political and geopolitical consequences, it is somewhat startling to find people in the 21st century ascribing to the latter.

Ortega, himself a convinced liberal, was certain that nationalism was a force to be contained. He believed that imperialism was also perverse and that even though it had provided a solid narrative for the existence of numerous European nations, it did so at the expense of the rights of many others. So, for him the only solution to the troubles affecting Spain and other European powers was European political integration. Only together could Europeans build a peaceful and prosperous project and to matter in the world. He suggested moving in the direction of a European Union with a common foreign and defence policy and others. The alternative would be division, mistrust and ultimately conflict. It is of course tragic that Europeans opted at first for the latter and began two wars that ended up engulfing the entire world and costing millions of lives. It was from the ashes of those wars that the European integration spirit re-emerged in the 1950s.

The ultimate solution to the Catalan problem – and to that of many of Europe’s secessionist movements – is, therefore, the construction of a compelling political project for tomorrow and in particular the completion of a federal Europe. The European goal of an ever-closer union is now more important than ever. The alternative is not just a weaker EU but quite probably the breakup of many European states, dissension and conflict.

Manuel Muñiz is the Dean of the IE School of International Relations and Senior Associate of the Belfer Center for Science and International Affairs, Harvard University.