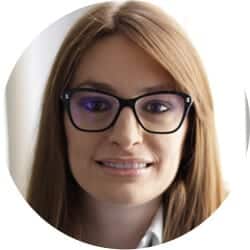 The risk of Romania becoming a new Poland, concerning issues related to the rule of law, is extremely slight. This might seem an optimistic statement while reading the latest communication from the State Department. But, unlike in other countries in the region, the European Union and the United States have an undefeatable ally – Romanian citizens.

The communist regime in Romania was tougher than in any other state in Eastern Europe. With a leader convinced that it was a small price to pay to keep your population in starvation and cold so that you could pay your external debts, Communism has left deep scars on a Romanian society that are still healing after 28 years. Romanians had neither a Solidarity movement, nor a Lech Wałęsa. On the contrary! According to the Institute for the Investigation of Communist Crimes in Romania, during the communist regime, there were 44 main prisons and 72 forced labor camps for political prisoners. There were more than 3 million Romanians imprisoned, out of which 800,000 died. A population that has fought so hard and for so long to be part of the West will not give up so easily in front of Putin/Erdogan totalitarian styles that some temporary political leaders might mimic.

Today, ten years after joining the Union, Romanians are the most pro-European citizens. The US-Romania Strategic Partnership has celebrated 20 years of existence.

Yes, corruption is still an important issue in all sectors in Romania – public, business, academia and even among NGOs. Yes, there is an acute interest among a number of political leaders in softening some legislative provisions so that they can save themselves. And Romanians acknowledge that. But this cannot obscure the fact that Romania has made immense steps in the fight against corruption and will continue to do so, not necessarily due to external pressure, but mostly because the population is tired and sickened by a system that does not work.

On June 25, 1995, Romania took a crucial decision. Leaders of all political parties signed a declaration – the so-called Snagov Declaration – that affirmed their support for Romania’s firm commitment to join EU and NATO. The generation that is now protesting on the streets is the generation that was raised with the pro-West national campaign. They understand that a mature and modern Romania cannot develop in the absence of democracy and rule of law. They feel European; they still look up to the US in search of democratic standards (even if both EU and US have their own issues to tackle these days) and, most important, they know that there is no other option. The Russian-style model is not an alternative for them. They still feel the mourning of Moscow at their departure in their ancestral back of the neck.

Russian propaganda did not avoid or neglect Romania. They use clever ways of saying that Romanians deserve more than a decadent West, that Romanian citizens should no longer accept to be treated as a colony. And, unfortunately, it has not remained without an echo. Fake news intends to influence how Romanians feel about their belonging to the Western democracies. This, together with a high degree of poverty, makes an important social layer sensitive to a more nationalistic message. The fact that Romania has no explicit populist or radical parties has been seen as a net plus. But there is a significant risk that a negative “contamination” of the major Romanian parties will occur with the authoritarian and illiberal impulses found across Central Eastern Europe, amplified by the savvy Russian anti-Western propaganda.

Unfortunately, there is a lesson that Romanians, as a nation, have not learned yet. The fact that providential leaders are extremely rare! This is a stamp that Ceausescu’s legacy still has on collective opinion. The relatively young and extremely troubled experience as a democracy has not managed to erase this malware from communal thinking. Everything becoming enormously personalized in Romania is dangerous. And the discussion about principles and values is derailed by public/political figures on all sides. Liviu Dragnea or Calin Popescu Tariceanu do not represent political institutions, just as Laura Codruta Kovesi does not alone represent the fight against corruption. They all represent temporary leadership. And even if their conflict took over the public agenda for now, it does not mean that public institutions should not continue the quest for real checks and balances among state powers.

Today, although fragile, there is a checks and balances system in Romania – just that it is not necessarily among institutions and powers, as in traditional democracies, but between the political leaders and the people. Though it takes time, Romanians showed that they can no longer be fooled.

Still, there is an unbalanced relationship between Romanians and Western societies. They need to feel that the West is truly welcoming them. One cannot have media and political campaigns that demonize the “Romanian worker” and expect their families back home to protect the Eastern border both of NATO and the EU. That is unfair and inefficient, both in strategic and economic terms. And, in the long run, this situation cannot lead to positive effects. Romania needs the West, but the other way around is also true. With Hungary and Poland embracing illiberal democracies, with Turkey questioning their belonging to NATO and getting closer and closer to Russia, Romania’s stability and development is not only important for its own sake, but for that of the entire West.

A more pessimistic view can be found here: http://blogs.lse.ac.uk/europpblog/2017/11/27/is-romania-at-risk-of-backsliding-over-corruption-and-the-rule-of-law/

Ana Catauta is the Managing Partner of New Machiavelli Communications Company, executive director at the National Development Committee and founding member of the Social Progress Institute.