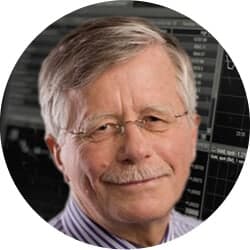 Productivity is not everything, but many economic problems can be solved more easily when it grows at a healthy clip. It is the key determinant of a country’s present and future standard of living. But, as it happens, since the oil crisis of the early seventies its growth rates have declined decade after decade in almost all advanced countries, and have slowed to a crawl in the years after the recent Great Financial Crisis.

Just as after the depression of the 1930s, secular stagnation, i.e. zero real GDP growth, has therefore become an issue once again, in spite of the digital revolution, near-perfect global market transparency, the increasingly intensive international division of labour, dramatically lower transportation costs and generous spending on research and development. For optimists, all these positive developments take time to show up in accelerated productivity growth. For them, we are still in the transitional phase. In the beginning, structural changes from the old to the new production function come at the cost of slower overall growth – think replacement of fossil fuel-burning power plants by alternative energy producers, the phasing-out of internal combustion engines and the rapid growth of the market for electric vehicles, or the damage caused by online to traditional retailers.

In the past, growth scares in the aftermath of deep recessions have reliably vanished from the radar screens of economists and policy makers once the effects of easy monetary and fiscal policies, implemented during the crisis, attractively low equity and other asset prices and moderate wage inflation led to a rebound of output and employment, followed by a self-sustaining broad-based expansion. I am convinced that this will be the case again. Productivity is not dead, it just took a time-out.

As the table shows, the transition has not yet been accomplished in the U.S. It is understandable that the issue of secular stagnation remains an issue there.

In Germany, the story is different. In the two years to the fourth quarter 2017, the country’s labour productivity has accelerated to an average rate of 1.58%, from 1.0% in the 15 previous years since the turn of the millennium. Whether the trend has turned for good remains to be seen, but at least in the near term it is likely that growth rates will remain robust.

Here is a back-of-the-envelope calculation: going by business and consumer surveys as well as incoming orders in the manufacturing and construction industries, real GDP is chugging along at rates of 2½ to 3%. Provided labour input continues to expand at the annual 1.2% rate of the past four years this yields productivity growth rates of about 1½%.

This is good news. If productivity rises at a rate of 1% a year, it takes 70 years to double real GDP per hour, at a rate of 1.5% it is only 46½ years. These are the wonders of compound interest. The message is that policy makers should give boosting productivity growth top priority. If they succeed, challenges caused by the ageing of society, the deterioration of the infrastructure, the slow expansion of the capital stock in general, or the unfair distribution of income and wealth can be addressed with more confidence than in a low-growth environment.

Economists have not yet agreed on a comprehensive model that incorporates the most important factors responsible for the productivity slow-down. Candidates for such a list are the following: 1. Because of the uneven income distribution, people save too much – rich people do not consume enough. 2. Technological progress and population growth stagnate which reduces the return on investments which in turn leads to sub-optimal capital expenditures. 3. Large institutional investors increasingly emphasize the safety of their assets – whose real yields are therefore trending down (the “saving glut”) – rather than risky, higher-yielding assets. 4. The financial sector is dysfunctional: it fails to stimulate the willingness of people to take risks – which has caused the huge yield gap between risky and safe assets. 5. Because actual and expected inflation is so low, even a policy rate of zero is too high for a full-employment balance between saving and investment plans. 6. The weak demand for capital goods, combined with their falling prices, has led to a deterioration of profit expectations in this sector. I have adopted this list from a paper by Berkeley’s Bradford DeLong.

But going forward, it is clear what needs to be done. On the supply side, it helps to promote education and life-long learning, to ensure competition, for instance by keeping open borders, to provide tax incentives for investment and R&D, to correct the distribution of income and wealth, to cushion the blows of job losses and bankruptcies caused by the necessary structural change, and so on. It is not rocket science.

On the demand side, expansionary policies should remain in place as long as the economy is operating well below capacity limits. Supply in the form of more capital spending and an increase in the labour market participation rate often reacts positively to a robust growth of demand. If there is a lot of slack, the risk that inflation gets out of control is limited. This is the situation today.

I do not buy the argument that the economy of the euro area is already at full employment and that monetary and fiscal policies should therefore be tightened. First of all, there are still 14 million unemployed workers and thus 2.7m more than at the previous low in 2008. The so-called underemployment rate which takes account of discouraged, in addition to officially registered unemployed workers, is still at 17 percent of the labour force. That euro area compensation per hour worked is only 1.5 percent higher than a year ago also suggests that there is no scarcity of labour.

Seen from a different angle, employment may not continue to rise at the recent rate of 1.5% year-on-year, but certainly at the four-year average of 1.2%. Further assuming that productivity can grow at a rate of 1¼% from here on, it is entirely feasible that underlying real GDP trend growth is in the vicinity of 2½%, and not, as the OECD, the EU Commission, the IMF and the various German research institutes would have us believe, just 1¼%. A rate of 2¼% had been the ECB’s potential GDP growth rate before the financial crisis. I do not understand why there should have been such a sharp break in the series.

In other words, actual GDP is well below the capacity ceiling – which explains why core inflation is still only 1%, just as in the previous five years. In such an environment, the greatest risk to the continuation of today’s high productivity and real GDP growth in the euro area is an early tightening of the reins by the ECB. It would be a folly.

Dieter Wermuth is an economist who writes for the Herdentrieb blog, associated with the ZEITonline magazine. He is also a partner in a private equity boutique.