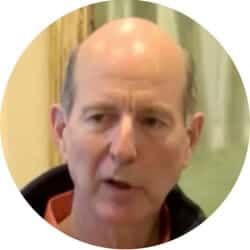 Back in 2006 I tried to start a project titled Economics for Democratic and Open Societies. At that time, I sent proposals to several foundations. Nothing came of them so the project died, apart from my website which has soldiered on. With the recent flourishing of interest in the fragility of liberal democracies, the project seems prescient. Below is the pitch I sent and it still seems to offer a good analytical frame for an enlightened construction of the relation between markets and democracy. However, the tone is naively optimistic (but, bear in mind, it was a pitch for money from elite foundations):

March 1, 2006. America has two pre-eminent values, individual liberty and democracy. Our economic conversation emphasizes free markets, and free markets based on laws of property and contract do a relatively good job advancing individual liberty. However, markets do less to advance democracy, and may at times even work against it by restricting legitimate choices, pressuring governments, and creating great inequalities of economic and political power. Markets may therefore undermine democracy despite the fact that democracy is needed for the long run well-functioning of markets. These considerations point to a need for broadening our national economic conversation about free markets and joining it with the conversation on democracy.

When it comes to free markets, the focus has historically been on regulation, the size of government, free trade and free movement of capital. With regard to democracy, the focus has been human and democratic rights, rule of law, transparency and accountability of government, free and fair elections, and freedom of the press and media. Both of these conversations raise vital issues, but they have proceeded in a relative isolation that diminishes both and leaves each incomplete.

Our conversation about free markets needs to incorporate considerations of the economic contribution of democracy. In this connection, there is a growing empirical literature that documents how democracy is good for economic growth, wages and income equality. Democracies pay higher wages, have less income inequality, and grow faster. More than that, democracy appears to play a critical role preventing political failure that can undermine growth. Authoritarian economies are often marked by spurts of fast growth, but these spurts tend to degenerate into long periods of deep stagnation. This is because of bad policies for which there exist no political mechanisms of change. In contrast, within democratic free market economies, democracy provides a critical feedback mechanism that guards against bad government policies taking permanent hold and permanently undermining the growth process.

However, broadening the free market discourse to incorporate the economic benefits of democracy is only half the challenge. The other half is to broaden the democracy discourse to ask what are the economic foundations of successful democracies. In particular, what sorts of economic arrangements and institutions are needed to promote democratic and open societies. From this perspective, policies that promote free markets must also be assessed for their impact on democracy. Additionally, government economic interventions are not just about correcting market failures. They are also about building robust democracy that in turn strengthens the system of free markets, which is a bulwark of individual liberty.

These twin concerns – the democracy component of free markets and the economic component of democracy – are absent in the modern discourse on markets initiated by Hayek, Von Mises, and Friedman, and politically mainstreamed by Margaret Thatcher and Ronald Reagan. Their absence constitutes a major deficiency. Creating a new national conversation that recognizes the interdependence of free markets and democracy can contribute to better policies that further the core values of individual liberty and democracy. Even if policy were to remain unchanged, such a new conversation would still be desirable as simply talking about such matters can build civic awareness. Talk matters, and talk is itself a form of policy.

Post-script, February 20, 2018. Twelve years is a long time in politics, and the turn of events is enlightening. It turns out the establishment is not interested in the above framing of markets and democracy.

That speaks volumes to the issue of populism. For the past eighteen months there has been a flood of establishment voices railing against populism. Yet, the surge of populism is a response to our flawed economy and flawed democracy. The establishment therefore bears responsibility for the rise of populism.

Worse yet, the establishment defines populism as any political development that is popular and anti-establishment. That is why Donald Trump and Bernie Sanders were lumped together as populists. That reveals the disingenuousness of the establishment’s cri de cœur about populism, which is as much about suppressing change as rebuffing right-wing extremism.