The establishment of a Roma foundation provides an opportunity for a deep dialogue on the route from marginalisation to inclusion.

Recently the Open Society Foundations, supported by the philanthropist George Soros, announced that a new Roma foundation was to be created. According to Open Society, it will be independent and Roma-led, linked to the broad network of Roma civil-society entities already in existence and supported by Open Society.

Open Society was established, in the wake of the transition in central and eastern Europe from Communism to liberal democracy, to promote the ideals of an open society where political freedoms and human rights were respected. An important aspect of its work over the last 30 years has been addressing the dire situation of Europe’s 12 million Roma—concentrated in central and eastern Europe—challenging the racism, segregation and indeed profound exclusion endured by Roma communities everywhere.

These efforts have played an important role in Roma advocacy and shaping European Union policy. Witness the new EU Roma Framework for equality, inclusion and participation for 2020-30, which aims to enhance empowerment and tackle racism, poverty and exclusion. Open Society has contributed greatly too to the Council of Europe’s work with Roma, including a joint initiative to establish the European Roma Institute for Arts and Culture (ERIAC), promoting Roma culture and challenging racism. ERIAC is to be part of the proposed Roma-foundation network.

Support from Open Society has enabled the professionalisation of Roma civil society, preparing and training Roma community leaders in the skills of community development and project management. Thousands of Roma individuals have also benefited from generous scholarship programmes funded by Open Society and Soros, completing university studies and other forms of training, thereby engendering role models—an important theme in discussions of Roma community development, in light of educational segregation and early school-leaving—as well as a new generation of educated and skilled leaders.

This work has been life-changing and transformative. There have however been mistakes. Sometimes excessive managerialism in projects has created a disconnection from Roma communities, especially those at the margins. Sometimes grand schemes have been devised from the top down, rather than emerging organically from within communities. Sometimes projects have been paternalistic and aimed to reororient Roma identity in a way that was actually assimilationist, leaving Roma civil society struggling to become an active agent within them.

Yet without Soros, the Open Society and these decades of effort, Roma would likely be in a significantly worse situation than they are today. The impressive body of work by Open Society and Soros has created the foundation for what could be described as the Roma movement’, a diverse and heterogeneous collection of civil-society entities working towards Roma inclusion. The work of Open Society is an important part of this tapestry of activism and advocacy.

The establishment of a Roma foundation will be a huge enterprise, with profound implications for Roma communities and the Roma movement for generations to come. It must build upon the principles of inclusive community development, with a deep and open dialogue about the past—what worked but also what failed—and, as to the future, what Roma aspirations are in the 21st century and how Roma civil society can be an effective vehicle for the realisation of social justice.

Such a dialogue must not be tokenistic: a superficial consultation would deprive the Roma movement of a key opportunity to rebuild and re-envision. Within the EU the new framework emphasises Roma empowerment and involvement in the design and delivery of new policies. Open Society itself lobbied for such commitments and needs to ensure these values are reflected in its own work, thereby setting a good example to policy-makers and institutional power-holders.

The need for a strong and inclusive Roma civil society has never been greater. The huge challenges facing Europe in the wake of the pandemic, with a fragile economy and cost-of-living crisis, have accentuated Roma poverty. The rise of authoritarian nationalism has seen Roma demonised and stigmatised. We need a strong Roma movement to meet these challenges. A mismanaged reorientation of Roma civil society, in the hands only of donors and a small elite Roma circle, would greatly weaken any chances of success and taint the rich legacy of Open Society when it comes to Roma activism.

A book I coedited, Romani Communities and Transformative Change: A New Social Europe, makes the case for Roma exclusion to be addressed through a newly conceptualised ’social Europe’. This would depart from more statist and indeed monocultural conceptions prevalent in the 1970s and attach importance to cultural recognition as well as economic redistribution.

My colleagues and I envison a radical form of intercultural dialogue, avoiding the tokenism of liberal multiculturalism, which would challenge the deep cultural and historic foundations of anti-gypsyism. Alongside recognition there must however be a major redistributive programme, creating decent jobs and providing new social protections restraining the excesses of the market.

This new social Europe should empower communities at the margins, such as the Roma, in development initiatives centred on co-production (dynamic and inclusive partnerships between Roma and decision-makers) and asset-based community development. Culture and identity can then be used as a resource in development and for targeted outreach, to ensure new mainstream initiatives to deliver economic inclusion reach Roma specifically.

A key component in this new social Europe will be civil society, not only acting as a bridge between policy-makers and communities but being actively involved in the design and delivery of policies. Those of us who care about the future and integrity of Roma civil society must thus contribute to the much-needed debate on how we can ensure it is Roma-led, inclusive and transformative. 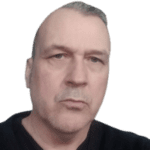 Andrew Ryder is an associate professor at Eötvös Loránd University in Budapest and author of The Challenge to Academic Freedom in Hungary: A Case Study in Authoritarianism, Culture War and Resistance (De Gruyter Press). He is a member of the board of the Roma Education Fund, with over two decades of involvement in Roma activism.