A clean, expanded power system can be achieved in Europe by 2035—at no extra cost above stated plans.

A consensus is clearly emerging that power systems in advanced economies can and should be decarbonised in the next decade, with notable evidence from the International Energy Agency’s seminal Net Zero by 2050 report and the sixth assessment round of the Intergovernmental Panel on Climate Change. Not only does electricity have the greatest potential for early decarbonisation; it is also the crucial enabler of the wider energy transition through clean electrification of transport, heating and industry.

The energy crisis, catalysed by the invasion of Ukraine, has brought into sharp focus the European Union’s dependence on imported fossil fuels and its exposure to price volatility and geopolitical pressures. Urgently reducing fossil consumption is no longer ‘just’ a climate imperative but an economic and security priority.

A new study by Ember explores the least-cost pathways to carbon-free power in Europe. These have been modelled with the most advanced quantitative tools, on an hour-by-hour, country-by-country basis. The results are clear: a larger and cleaner—about 95 per cent decarbonised—power system by 2035 is the most cost-effective route to net zero by mid-century in Europe. Not only is this achievable but it could save Europe up to €1 trillion by 2035, with multiple benefits for the climate, health and energy security.

In the least-cost pathways, about 95 per cent carbon-free power is achieved by 2035. Wind and solar scale rapidly over the next decade or so and become the backbone of an expanded power system, providing 70-80 per cent of supply by 2035. Simultaneously, the electricity system is expanded as key services (such as heating and transport) become increasingly electrified, and demand for green-hydrogen production (converting clean power into hydrogen through electrolysis) rises rapidly. In the clean power pathways, Europe produces enough hydrogen to meet its entire demand domestically.

Reaching such high shares of wind and solar in an expanded power system requires Europe’s wind fleet to quadruple to 800 gigawatts by 2035, and solar to expand by 5-9 times reaching 800-1,400GW, depending on the clean pathway. Targets set out in the EU’s Fit-for-55 plan fall short but recently enhanced proposals in the REPowerEU plan go a long way towards closing the gap. Major challenges however remain in translating this into European and national policy and deploying the infrastructure on the ground.

Not only does the increasing output from wind and solar meet rapidly rising power demand but it also enables the phase-out of coal by 2030 and phase-down of gas to less than 5 per cent of supply by 2035. While there exists a small role for gas in the clean power pathways, this is largely restricted to meeting high demand peaks, not providing baseload generation. The modelled pathways demonstrate that no new conventional baseload gas-power plants are required after 2025. Current plans however envisage an additional 60GW expected to be commissioned by 2035—presenting a significant risk of stranded assets or prolonging Europe’s dependence on imported fuels.

Key technologies facilitate the integration of wind and solar, and increase the flexibility of the power system, allowing for conventional fossil-fuel plants to be phased out without compromising system stability. These are demand-side flexibility, interconnection, electrolysis and hydropower—all existing technologies which must be expanded or, in the case of the latter, maintained. Indeed, the granular, hour-by-hour modelling confirms that a clean power system dominated by wind and solar is still resilient even under extreme weather conditions, and that their variable nature does not pose a threat to reliability.

Surprisingly, there is no cost penalty for choosing the clean power path—even one which achieves the dual feat of expanding and decarbonising power supply. A clean power system can be realised at no extra cost above stated plans, as larger upfront capital costs for wind and solar are more than compensated by 2035 by avoided fossil and nuclear costs, as well as offset carbon costs.

Indeed, such early action on reducing fossil-fuel consumption could unlock billions in cost savings over the coming decades. Avoided fossil-fuel consumption and related infrastructural costs could save Europe €530-1,010 billion by 2035—potentially an underestimated band if current high fossil-fuel prices persist. A clean and expanded power system is the critical enabler of this wider energy decarbonisation and the huge potential savings that follow.

The window of opportunity for change is the decade from 2025 to 2035. Major energy projects that can be expected to be commissioned by 2025 are already at an advanced stage and reflected in Ember’s modelled pathways. Hence 2025-35 becomes the crucial decade for action.

This does not imply business-as-usual in the meantime. The next few years constitute the preparation period, during which key policies are enacted to deliver clean power in Europe by 2035. The first of these could be confirming that the last of the conventional, baseload gas-power stations will be built by 2025. This would send a clear political message of commitment to clean power by 2035, as well as conviction as to the technical viability and resilience of a decarbonised power system.

The central challenge lies in ramping up wind and solar deployment after 2025, to reach a combined rate of 100-165GW of new capacity each year. While this is four times as large as the annual average of the last decade, there are already positive signs of acceleration. Even before Russia’s invasion of Ukraine, trends indicated the EU27 would hit more than 650GW by 2030. This is not far off the 767-1,350GW range foreseen in the clean-power pathways and plans are already under way to step up action in the wake of the invasion.

In the context of growing evidence, there should be no doubt as to what the ‘predominantly’ decarbonised electricity expected to be heralded today at the G7 summit in Germany entails in reality for Europe. Commitment to more than 95 per cent of power from carbon-free sources should be at the centre of plans for a net-zero economy by 2050. 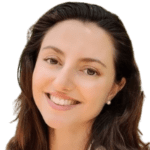