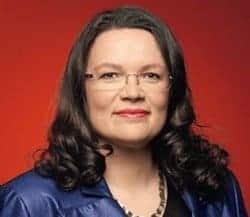 For generations, Europe was a project of hope. To my parents’ generation, after a time of war and hostility, Europe represented the hope of achieving economic progress together in an atmosphere of peace and friendship. To my generation, Europe symbolised a place of hope and freedom following the Cold War. We criss-crossed fading borders and took part in exchanges at school and university. It is a wonderful experience to pay for things in euros, both at home and abroad.

During the crisis, many people did not see a Europe of hope, offering them protection and opportunities. Their experience was rather characterised by unemployment and an uncertain future. In many countries people had to pay a high price to save the euro. As a result, millions of our continent’s young people in particular became disillusioned with Europe or even rejected it outright.

The European Parliamentary elections served as a wake-up call. The results showed us just how disillusioned people are with Europe. This disillusionment is something that we as committed Europeans need to fight; showing people that the European project pays. For decades, Europe has been a guarantor of peace and general prosperity. But above all Europe is a social community that unlocks opportunities and creates prospects for the future. Our key task between now and the next elections in 2019 is to make sure that people realise this once more. We want people to say yes to Europe again!

This requires us to focus particular attention on young people, as it is they who will determine what direction the European Union develops in. Do we want a Europe that only pursues a rigorous savings policy? Or do we want a Europe that also invests in future opportunities? For me, the answer is clear: Social peace, prosperity and equal opportunities do not just materialise out of thin air. We need to create the right conditions for these aims. This means, for instance, to invest in good education and training.

This is why we have joined our European partners in committing to the Youth Guarantee, which requires that all young people under 25 be provided with a good-quality offer within four months of them becoming unemployed or leaving formal education. This offer should be for a job, continued education, an apprenticeship or a traineeship. This guarantee now needs to be implemented swiftly. 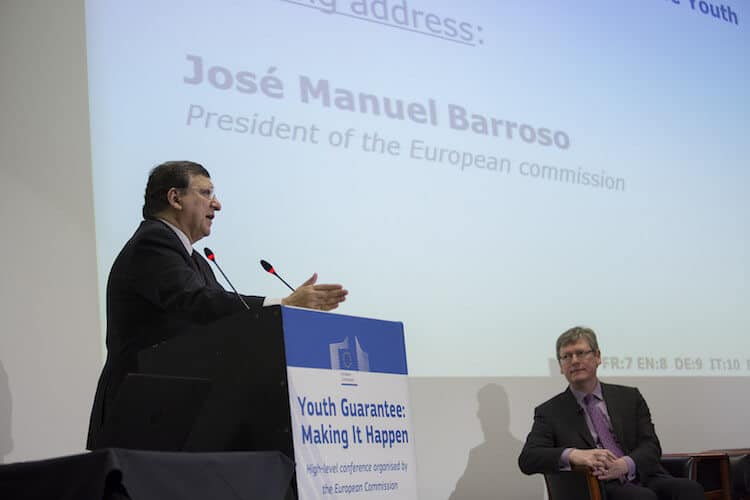 In this context, it is the countries that have borne the brunt of the crisis that most need to be shown solidarity. The EU Youth Employment Initiative is providing these countries with EUR 6 billion for the next few years, which is an important first step. If we can work together to ensure that this funding reaches people quickly and in a targeted manner, then we can talk about additional compensatory and support measures in Europe.

A significant and symbolically important contribution to this initiative will also come from Germany: In crisis-hit countries especially, there are many young people who wish to come to Germany. With the MobiPro-EU programme, we are now providing major support to young Europeans who wish to undertake training in Germany. And every young person who comes to Germany to learn and work is a great asset for our country.

We know that Europe’s economic rationale must change. We need more stimuli for growth and employment. Also, we in Germany have to ask ourselves how we can contribute to reducing economic imbalances in Europe. And it is here that the new federal government is setting an example by introducing the minimum wage: we are putting a stop to wage dumping, a practice under which many millions of people in Germany, as well as our neighbours, have suffered.

We are also stimulating domestic demand in Germany; low wages in particular will rise significantly, by several billions of euros in total. This is also allowing us to tangibly reduce imbalances between ourselves and our partners in Europe. The introduction of the minimum wage was met with a great deal of relief by our neighbours. This proves that social policy in the Member States is the precondition for a Social Europe.

In the next years we want to achieve more social progress in Europe. The efforts of many Member States to introduce minimum social protection systems or labour market reforms should be encouraged and monitored by us at the European level. Consolidation requirements and the fight for modern social and education systems that are viable for the future must not be contradictory. Therefore it is also important to maintain the scope for investments and to recognize that it takes time for reforms to become effective. What is important is more coherence and balance in European policy.

Andrea Nahles is the German Labour and Social Affairs Minister.