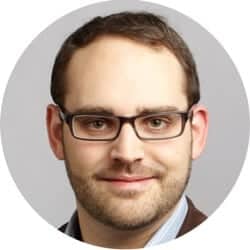 The UK’s Brexit referendum is the latest and most eminent manifestation of the European Union’s severe crisis of legitimacy. An ever-increasing number of Europeans fundamentally question European integration. Without legitimacy – i.e. the acceptance and support of the Europeans – the EU has no future. The right lesson to draw is that it is high time for fundamental changes. Shortly after the referendum, the French and German foreign ministers Ayrault and Steinmeier floated the idea of a ‘flexible Union’. Is differentiated integration the way forward for the EU? In what follows, I advocate a constitutional reform of the EU that leads to a more flexible mode of integration.

What should a ‘flexible Union’ look like? An ‘open’ constitution for Europe

Building on the ideas of Fritz W. Scharpf, I suggest a constitutional reform that would differ from the current framework in four respects: First, the present Treaty should be replaced by a ‘lean’ European constitution which contains only those elements that are typically included in constitutions: provisions about competences, institutions, procedures as well as fundamental social and citizenship rights. As an important side effect, this change would bring about a ‘de-constitutionalization’ of single market law: it would no longer be a part of the quasi-constitutional body of the Treaty but of ‘ordinary’ EU law. Since single market law has a market-liberal thrust, this reform would create a more ‘open’ European constitution in the sense that it would be more ‘open’ towards economic and social policy alternatives to that prevailing market-liberalism enshrined both in the single market rules and the case law of the European Court of Justice (ECJ). The idea is to create a ‘level playing field’ for the contest between rival policy paradigms. Moreover, since single market law would become ‘ordinary’ law, it would be much easier to correct ECJ case law when it subordinates collective social rights to market freedoms (as possibly in the upcoming ruling about German co-determination rights of employees in transnational companies). Instead of unanimity, political correction of case law would require only simple majorities.

Second, the new constitution should lead to a major step in democratization by granting the European Parliament (EP) and the Council the right of initiative. Third, ordinary decision-making in the EU should be radically simplified. Already simple majorities in the Council and the EP should be sufficient to adopt legislation. Basically, this would transform the EU into a two-chamber system. European legislation would be freed from political stalemate. Fourth, this simplification of EU decision-making would necessarily have to be accompanied by the possibility of opt-outs from ‘ordinary’ legislation in order to avoid the extremely problematic situation in which the same majority of countries repeatedly over-rules the same minority of other countries. In addition, opt-outs should serve to protect sensitive national institutional peculiarities such as extensive co-determination rights of employees that do not have majority backing among all member states. However, these opt-outs should be controlled politically: a qualified majority in the Council and a simple majority in the EP should be able to deny opt-outs. As another welcome side-effect, opt-outs would upgrade the role of national parliaments since applications for opt-outs would have to be debated and decided upon by national legislative bodies. Presumably, this would be accompanied by a (desirable) politicization of European affairs in national public discourses. Thus, citizens would gain more direct influence over European integration.

The trade-off between uniformity and differentiation

The basic idea behind this proposal is to trade off the multiple veto points within the European policy-making system for opt-outs. In my view, given the vast institutional and socio-economic heterogeneity of the (currently) 28 member states, this reform is the necessary precondition for any future deepening of European integration that carefully respects democracy and social gains. It would not only make it much easier to find common solutions for conflicts and shared problems despite the considerable diversity of EU member states but also provide protection for sensitive national peculiarities.

The price paid for this reform would be a less uniform application of EU law across member states, probably leading to a more differentiated integration in the end. However, this would not result in a backwards step compared to the status quo. On the contrary, these changes would enable progress in many important policy areas such as taxation (requires unanimity), where at present any advancement is blocked by the high majority thresholds of European legislation in combination with the divergent interests of member states. In addition, should policy-makers deem uniform application a necessity, they can always fall back on the logic of the ‘community method’ (approval by a qualified majority). Only Treaty changes would still require unanimity.

I assume that accepting differentiated integration is a hard pill to swallow for many pro-European integrationists, not least for those striving for a social Europe among the political left who often, understandably, object to the idea of differentiated integration by arguing that no country should be left behind. Differentiated integration, however, is a matter of fact already today and even for some of the key integration projects (EMU, Schengen). Perhaps it is especially those advocating a social and democratic Europe who have to realize that member states cannot be made ‘more social’ via European-level intervention against their will, i.e. when there are neither political majorities in the respective member states nor at European level supporting this ambition. The choice is between a standstill for all for the sake of uniformity – which seriously threatens to undermine European integration – or progress for some.

What’s more, I expect that these changes, by increasing political problem-solving ability and removing structural market-liberalism from European politics, could effectively reduce public discontent with the EU. The remaining discontent would no longer have to result in a complete rejection of EU membership but could instead be channeled into less disruptive debates about selective opt-outs.

Daniel Seikel is a Senior Researcher at the Institute of Economic and Social Research (WSI) at the Hans-Böckler-Foundation.