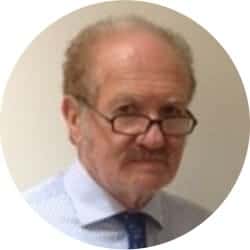 Whilst Europe is fiddling and dallying on the Syrian front, sub-Saharan Africa is burning and Europe seems to be totally unable to do anything about it. By ignoring the long-term consequences of the growing poverty across most of the continent, we are ignoring the fact that across the Mediterranean we have not just a few million people anxious to escape civil war, but hundreds of millions trying to escape poverty.

There is evident starvation in many of the northern States of Nigeria, affecting at least one million people. How many people are at risk of starvation in the conflicts in South Sudan? Probably at least another million. In Ethiopia the Government seems to have accepted that there are some 6m people who need food aid. Across the whole of Eastern Africa, from the Horn to Zimbabwe, some 30m people are at risk.  Later on this year there will be emergency appeals and with a bit of luck European Governments and the US will respond. There will be appeals to the peoples of Europe, who will respond generously. After all, it will be close to Christmas.

For reasons that many of us do not quite understand, longer-term solutions are not being pursued. In our determination to avoid dealing with the corruption, inefficiency and plain bad governance across most of the continent, the EU institutions, the governments of individual European countries and the US are all buying themselves longer-term problems. Everyone in Europe has aid programmes (even Iceland has an aid mission to Malawi) and sometimes a massive presence across the continent. Europe and America have a substantial say in the politics of those countries. Yet, it appears that the lessons that have led and continue to lead to tensions within Europe are allowed to re-occur across Africa.

Since the period of neoclassical economic interventions of the 1970s, the Structural Adjustment Programmes imposed by the IMF, the World Bank and the US Treasury (the Washington Consensus) have decimated relevant state institutions. The economies of those countries revolve around agriculture – which employs 80 to 85 per cent of all their populations. Yet they had to dismantle all the agricultural marketing boards and support systems in the face of demands from the multilateral institutions. This means that there is now no effective mechanism in any sub-Saharan African country to support agriculture. The only projects that work are those that are destined for exports – coffee, cocoa, tea, fruit, vegetables, and flowers. This because there is a secure market and therefore considerable investment and intervention by the buyers. There is considerable support by governments desperate for foreign currency.  Meantime, ordinary people starve.

But the unwillingness we see across Europe of governments to tackle the need for solid, basic, fundamental infrastructural investment in roads, railways, houses, schools, is not only being replicated – it is being amplified across Africa. The policy of attracting foreign investment in the hope that it will lead to a trickle-down effect is simply not working. China is the only entity that is being consistent in its investment and will reap the results – and it will not be necessarily to the benefit of the African populations. Europe is not applying the most basic lessons that Keynesian economics taught us during the second world war and in the immediate post-war period. It is not applying any of that at home and it is not applying it in Africa. In so doing we are simply making it unavoidable that some of the poorest and most marginalised people on earth should be trying to escape the poverty to which we and their governments – in their inability to escape our directions – are condemning them.

There is a range of measures that could be taken in the short term that would arrest the flow of migrants to the shores of Europe over the longer term. More direct aid to communities at village level would make life more bearable to rural communities. That means more primary schools and clinics, not universities and major hospitals in the metropolises. ‘Climate mitigation’ measures must mean enabling local people to cope with the change of seasons, not seconding more ‘experts’ from the North. The distance that OECD countries everywhere are experiencing between their elites and ordinary people – which is leading to Brexit and more populist policies elsewhere – is being replayed in Africa, albeit in different terms. Creating a fortress Europe is not the answer. Sensible aid for development (not just for trade) might be.

Benny Dembitzer is an international development economist who has worked in 35 African countries. As Director of the European office of IPPNW, he was a member of the team awarded the 1985 Nobel Peace Prize. He was visiting lecturer in macroeconomic theory at the University of Greenwich.