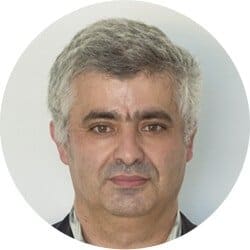 At a conference in Berlin on 29 June, the German Finance Minister, Wolfgang Schäuble, when asked about the situation of Deutsche Bank, said he was more concerned with the situation in Portugal. He added that if Portugal does not comply with EU budget rules, a new rescue program will be needed. It is not the first time that Schäuble has made this kind of statement about Portugal when questioned about Germany’s leading bank.

With the financial crisis of 2008, German banks lost a lot of money on the other side of the Atlantic, because of investments in financial assets that proved toxic. These investments were supported by the rating agencies, which classified the assets as AAA until the eve of that crisis. Since 2010, with the Greek crisis and the support of the former president of the European Central Bank (ECB), Jean-Claude Trichet, Schäuble has found a solution to solve German banks’ problems: impose austerity across the European continent, tighten European budgetary rules, and throw ‘cohesion’ Member States such as Portugal – the PIIGS – to the wolves and/or moods of financial markets.

The European Union (EU) will be there to help them, as it has been. First, converting public and private bank borrowings of the rescued Member States (MS) into government debt owed to the governments of creditor MS. Second, forcing taxpayers of the rescued MS to bail out their banks to enable these to pay off their debts to the banks of the creditor MS, notably Germany. Third, imposing through the Council and the Eurogroup unfair conditions on loans to the rescued MS. In this way, Schäuble has been solving the German banks’ problems.

In his mind, it must be a really good deal for Germany to have an incomplete Eurozone, reduced to a single fixed exchange rate regime, and to have political control of the EU. The latter is achieved both through the control of the Council, the EU’s directorate, and through the mistrust of financial markets, fed regularly and intentionally with statements like the one above. Portugal should really be concerned about Deutsche Bank’s situation, as paying for the financial hole this bank is in will be made by the Portuguese, the Greeks, the Spanish, the taxpayers of the cohesion Member States and/or weaker economies of the EU, with massive doses of austerity.

The above has been the response of the European Institutions (EI) to the global financial crisis. The crisis continues to evolve in Europe because of the policies pursued by the EI. They have acted based on prejudice rather than facts. In practice, they have been taking the European economy as quickly adjusting to full employment or natural equilibrium by making the labor market more flexible and/or lowering wages. They have been assuming Say’s Law as formulated by Keynes – supply generates its own demand – centering their efforts on supply (structural adjustment) when the main problem is a lack of demand.

They have been more or less assuming that the ECB is like a commercial bank. Quite the opposite, in a context of a liquidity trap and deflation, the ECB’s money is free lunch because the economy is not in full employment and the money can be used directly, through the European Investment Bank (EIB), financing public and private investment, without any additional burden on taxpayers. They have been assuming that imbalances in foreign trade within the single market can be solved by converting all MS and the EU itself into net exporters. Given that the rest of the world – the US, China, and the other countries – will reject this outcome, the alternative solution is for all countries of the world and the world itself to become net exporters, which means relying on Mars, Jupiter and other planets in the galaxy or elsewhere as net importers. They have been assuming that there is a trade-off between government spending and private spending, in such a context, and that there is no role for public investment in any recovery.

Austerity has not been expansionary, quite the opposite. The recessionary effects of austerity have increased not only unemployment but also the lack of confidence of the private sector in the future, penalizing in this way private investment. Unemployment and low investment are behind the lack of demand and deflation. In the cohesion MS, such as Portugal, investment is also low due to the current high levels of public and private debt. It seems that there is only a treaty to respect in the EU: the fiscal compact. All the other treaties can be violated, even at the expense of human rights.

In the financial straitjacket in which the EU deliberately put its cohesion MS, countries such as Portugal will not survive as independent states. In practice, they have been converted into colonies. The main result of the Portuguese bailout program was the emigration of young and qualified human resources, notably to Germany, and the acceleration of population aging. Of course, Portuguese public investment in the training of human resources to be used in the German economy counts towards the Portuguese government deficit and not the German one.

Schäuble knows these facts. Even so, his comment on the recent informal summit meeting gathering several (southern Europe) heads of state in Athens was: “When socialist party leaders meet, nothing terribly intelligent comes out of it most of the time”. Well, from a European perspective, nothing terribly intelligent has come out of the mouths of Schäuble and his political allies in the past eight years. Austerity has been a colossal failure, the financial crisis continues to develop in Europe, the EU is losing ground to populist nationalism, and the continent is now closer to destabilisation.

Leonardo Costa has been a member of the faculty of Universidade Católica Portuguesa, Católica Porto Business School, since 1998. He has research interests in development studies, agricultural economics and natural resources, innovation and macroeconomics.