He came from Algeria seeking a better life, anticipating an escape from poverty, oppression, and hopelessness. In Paris, he found a low-skill job and had children and grandchildren. As French citizens, they had the right to an education and health care. But they grew up in the ghettos that ring France’s major cities, surrounded by families like theirs, literally on the margins of society. Unable to integrate fully, they had few opportunities for economic advancement. Paradise was never gained.

This story has been repeated millions of times in the countries of Western Europe, with immigrants and their families ending up poor and excluded. In the worst-case scenario, they are recruited by extremist groups that seem to offer what they are missing: a sense of belonging, identity, and purpose. After a lifetime of marginalization, participation in a larger cause can seem worth the lies, self-destruction, and even death that inclusion demands.

In the wake of the attack on the French satirical magazine Charlie Hebdo in Paris and the thwarting of another attack in Belgium, Europe needs to take a good look at itself. It must recognize that second- and third-generation immigrants are susceptible to the blandishments of terrorist organizations because European citizenship has not translated into social and economic inclusion. If anything, growing inequality – exacerbated by years of crisis – is making the problem worse.

People need hope. They need to believe in a vision, a project that promises a better future for them and their communities. European countries once offered that sense of hope. But the crisis, and the official response to it, has replaced hope with frustration and disillusionment.

This has created fertile ground for anti-immigrant populists and Islamist terrorists alike. More than 1,200 French citizens are estimated to have joined the jihadi cause in Syria, along with 600 from the United Kingdom, 550 from Germany, and 400 from Belgium. Other European countries, including Spain, are experiencing a similar phenomenon. And some European citizens, like the Charlie Hebdo assassins, have acted at home.

While intelligence services and police forces must be engaged to prevent attacks, devising an effective strategy to counteract extremist movements requires, first and foremost, understanding what drives them. Western countries must go beyond defending freedom of speech and improving police coordination to develop lasting solutions that address adherents’ economic and social marginalization, while avoiding cultural confrontation and reliance on repression alone. 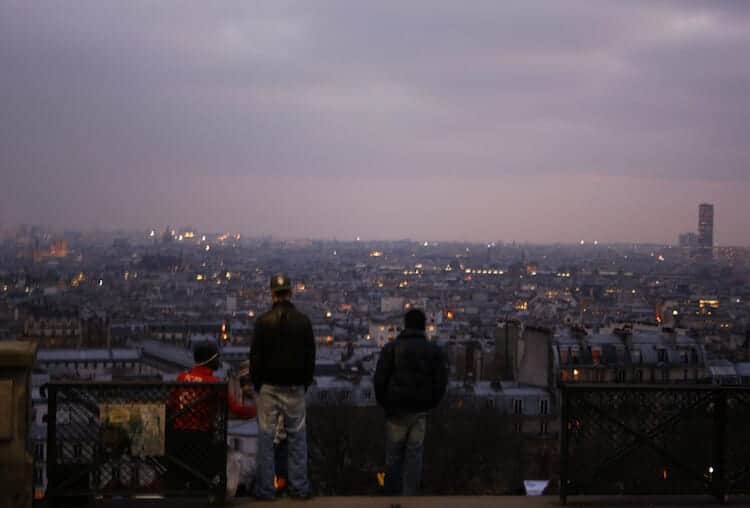 More fundamentally, such solutions require abandoning the false dichotomy of liberty and security. If security concerns trump basic rights and freedoms, fanaticism will have scored a victory; and the same thing will happen if expressions of Islamophobia and xenophobia increase.A week after the Paris attacks, German Chancellor Angela Merkel  expressed by former President Christian Wulff in 2010: standing beside Turkish Prime Minister Ahmet Davutoğlu, Merkel declared that Islam is as much a part of Germany as Judaism and Christianity. This statement represents the right way forward. Muslim immigrants, whether first-, second-, or third-generation, must be able to integrate fully into European society, gaining the same opportunities as Europe’s other residents and citizens.

A week after the Paris attacks, German Chancellor Angela Merkel reiterated the sentiment expressed by former President Christian Wulff in 2010: standing beside Turkish Prime Minister Ahmet Davutoğlu, Merkel declared that Islam is as much a part of Germany as Judaism and Christianity. This statement represents the right way forward. Muslim immigrants, whether first-, second-, or third-generation, must be able to integrate fully into European society, gaining the same opportunities as Europe’s other residents and citizens.

That principle should be applied at the global level as well, through the establishment of an inclusive framework that fosters development – and encourages the rejection of fanaticism – in the Islamic world. The aggressive fundamentalism and infighting that held down Christian societies for centuries has been relegated to the past, and that is where it must remain.

A religion is not only a belief system; it is also an institution, a language, and even a kind of market actor, competing for supporters. Radical terrorist groups attempt to consolidate their distorted version of “true” Islam as the only institution, imposing their language to win the entire Muslim market.

Today, groups like the Islamic State and Nigeria’s Boko Haram have joined Al Qaeda in a struggle to attract Muslims from all over the world, thereby securing their leadership in global jihad. These groups take advantage of unruly environments and weak or collapsing institutions to gain a territorial foothold.

Indeed, it was the failed transitions in Syria, Libya, and Yemen after the Arab Spring revolts that fueled the Islamic State’s emergence. Millions of young people, though disillusioned by decades of social paralysis, unemployment, and brutal dictatorships, had dared to expect better. Though Tunisians have made progress, the other affected populations, like many Muslim immigrants in Europe, have had their hopes shattered.

Jihad, like any other reductionist political program, is capable of seducing a wide variety of people. The attribute they almost always share is a sense of futility or a lack of purpose.

The West must recognize that, as Afghanistan and Iraq have shown, conflict in the Arab world cannot be resolved through foreign military intervention. The only way to restore order and spur progress in the region is by empowering moderate Muslims, so that they can triumph over the forces of radicalism and violence. The West’s role is to identify them and offer them acceptance and support. This lesson should be applied both abroad and at home.

Javier Solana formerly the European Union’s High Representative for Foreign and Security Policy, and a former Secretary General of NATO, is a Distinguished Senior Fellow in Foreign Policy at the Brookings Institution and President of the ESADE Center for Global Economy and Geopolitics.