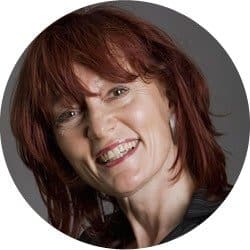 Job security and a safe physical environment are crucial aspects of working life, and these are cornerstones on which Europe’s powerhouse economy is built. Several aspects of the relationship between the immediate boss and employees, however, rank German workers well below and beyond what workers in other European countries experience. This is what the European Working Conditions Survey says about working conditions among German workers and how they compare to those of the rest of Europe.

The realities of working in Europe can be very different from one region to the next and drawing parallels between the day-to-day experiences of an office worker in Trier and an agricultural labourer in Tuscany can seem an impossible task. Nonetheless, regional, national, and even generational trends can be identified, and data that at first glance may seem innocuous can reveal significant issues when analysed further.

The sixth European Working Conditions Survey (EWCS), conducted in 2015, involved interviews with 43,850 workers – both employees and self-employed – across 35 European countries. No mere academic exercise, it quizzed workers across Europe about their employment conditions, working hours, exposure to risks, work organisation, skills use, work-life balance, health and well-being and more. It paints a picture of what it is like to work in Europe, and details the concerns and aspirations of European workers. Some of the findings of the survey show well established trends, and reflect the uneven impacts of the recent financial crisis. For example, households in southern and eastern Europe report the highest difficulties in making ends meets, whereas countries in northern and western European report the least difficulties. Questions related to job security also threw up familiar trends, with respondents in Germany and other western and northern EU Member States reporting relative job security, whereas those in Mediterranean countries – and in particular Spain – reported higher levels of insecurity. 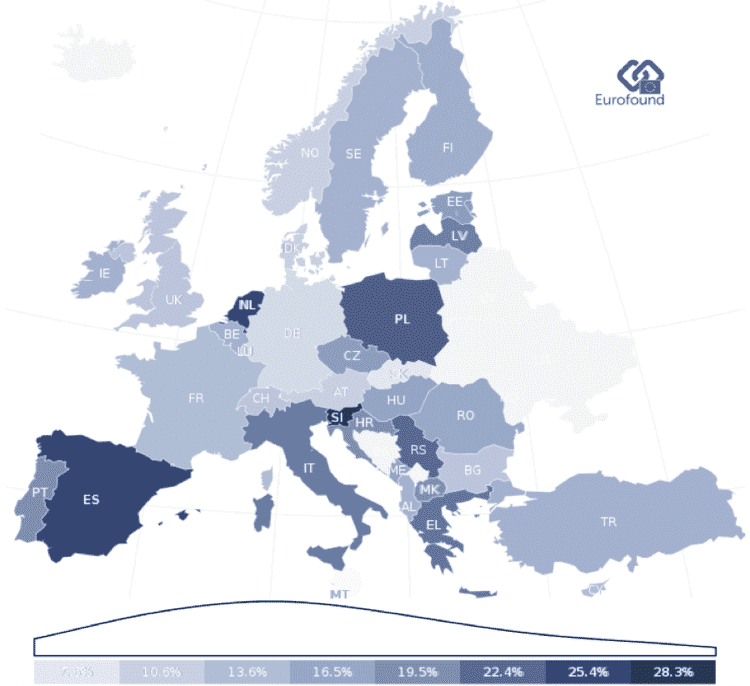 To a certain extent this is to be expected. The economic crisis exposed economic fragilities in a number of southern European countries, whereas Germany is the largest national economy in the EU – a trend that was further reinforced by an economic growth (real GDP) increase of 1.9% in 2016. In this context is the concept of ‘convergence’ not just a polite byword for catching up with Germany?

The findings of the sixth EWCS strip away these pre-conceptions and show that, although German-style job security and a safe physical environment are crucial aspects of working life, there are other factors to be considered. For example, Germany reports a below average rating in the social environment index measuring the extent to which workers experience supportive social relationships as well as adverse social behaviour such as bullying and harassment.

Germany also recorded the lowest percentage of workers reporting that their immediate boss encourages and supports their development. This finding is compounded by the fact that Germany has the second highest share of workers who report that they need further training to cope well with their duties. There are a number of possible explanations for these findings, for example, the social environment index is very sensitive to the culture and social relations at work, and it may be the case that due to its focus on research and development the German labour market is more subject to the rapid changes that have been brought about by digitalisation in recent years than other EU Member States.

Clearly, strong economic performance can undoubtedly have a positive impact on the world of work but it does not automatically guarantee job quality and satisfaction.

Here it is interesting to look at the different profiles of job quality in the EWCS. The report groups together jobs that scored similarly in terms of the different dimensions of job quality in order to create five distinct job quality profiles: high flying, smooth running, active manual, under pressure and poor quality. Germany records close to EU average levels of high flying jobs, which are characterised by higher earnings, skills and discretion, social and physical environment and prospects, albeit with increased risk of greater work intensity. It also has an above average share of smooth running jobs – which have the strong positive associations with most measurements of wellbeing. 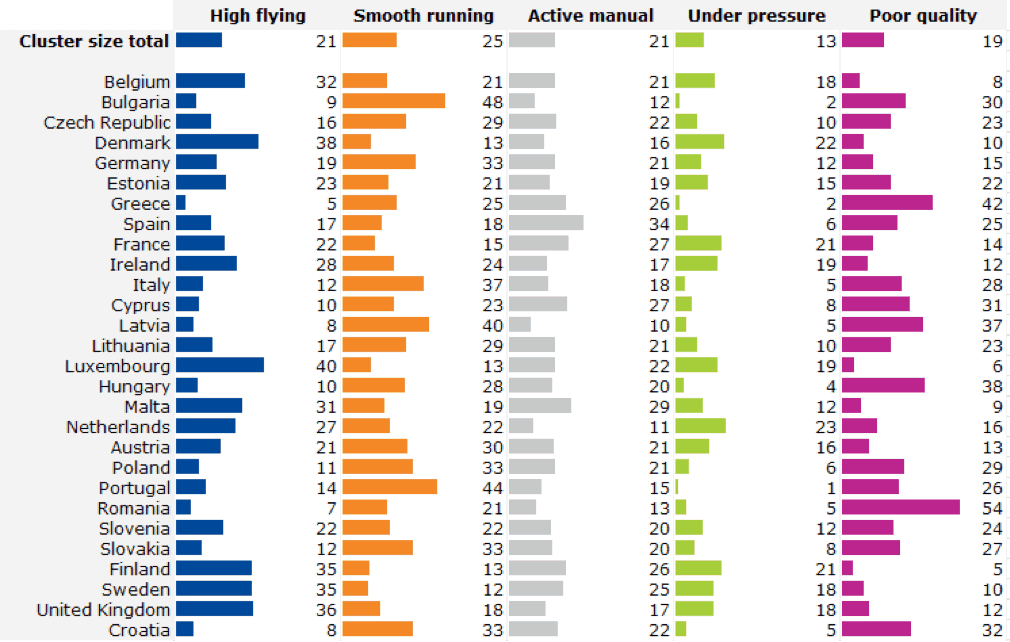 It should be noted, however, that 15% of jobs in Germany can be profiled as being ‘poor quality’: meaning that they score negatively on all job quality indices, with the lowest scores for skills use, earnings, and career prospects. This is slightly below the EU average, but it shows that despite strong economic growth, Germany, like other countries in Europe, is not immune from labour market segmentation – a phenomenon with potential wide-ranging economic and political implications.

In fact, previous research has shown Germany to have the highest instance of workers below 60% of the median wage, and that there has been a gradual “hollowing out” of the German labour market since the 1990s – with a decrease in mid-level occupations. It remains to be seen what the impact of the introduction of the minimum wage in Germany will have on this phenomenon in the long-term.

Europe’s most perfect economy and most perfect labour market still do not exist. The EWCS shows that working conditions can vary significantly when considering different aspects of working life, and pre-conceptions about national economic performance and job quality can be shown to be somewhat misleading when the facts are looked at in detail. It is for this reason that evidence-based research is so important for policy initiatives in Europe.

Erika Mezger is Deputy Director of the European Foundation for the Improvement of Living and Working Conditions (Eurofound).