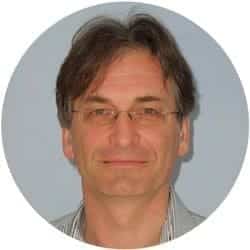 Slowly but surely a new consensus is emerging emphasizing the need for Europe’s currency union to organize public investment as a means to overcome its crisis, by now in its seventh year; the outlook being truly grim. Back in July President-elect of the European Commission Jean-Claude Juncker called for a €300bn public-private investment program. ECB president Mario Draghi lent his support to the idea in his Jackson Hole speech, finally acknowledging that the eurozone is suffering from deficient aggregate demand.

Former EU Commission President Mario Monti too has recently thrown in his voice, observing that public investment has been crushed by the Stability and Growth Pact and relentless austerity drive undertaken across the continent in its name. In its latest World Economic Outlook, the IMF highlights that at the current juncture public investment is as close to a free lunch as it ever gets: countries renege on their grandchildren’s possibilities by not going for it. For far too long the debate in Europe was exclusively focused on the liability side of the public ledger: debt. But it is the asset side, the public investment undertaken, or not, which is far more relevant in shaping our future.

Today, embarking on a joint public investment initiative represents a special opportunity for the eurozone, a chance to fix the euro regime’s ultimate defect: the lack of fiscal union. The scheme proposed here is simple and straight forward. The idea is to create a Euro Treasury as a vehicle to pool future eurozone public investment spending and have it funded by proper eurozone treasury securities. The Euro Treasury would allocate investment grants to euro member states based on their GDP shares. And it would collect taxes to service the interest on the common debt, also exactly in line with member states’ GDP shares. The arrangement amounts to a rudimentary fiscal union, not a transfer union though, as benefits and contributions are shared proportionately. Nor would the joint public debt issued for investment purposes mutualize any existing national debts. Instead, the Euro Treasury securities would provide the means to fund the joint infrastructure spending which is the basis for the union’s joint future. 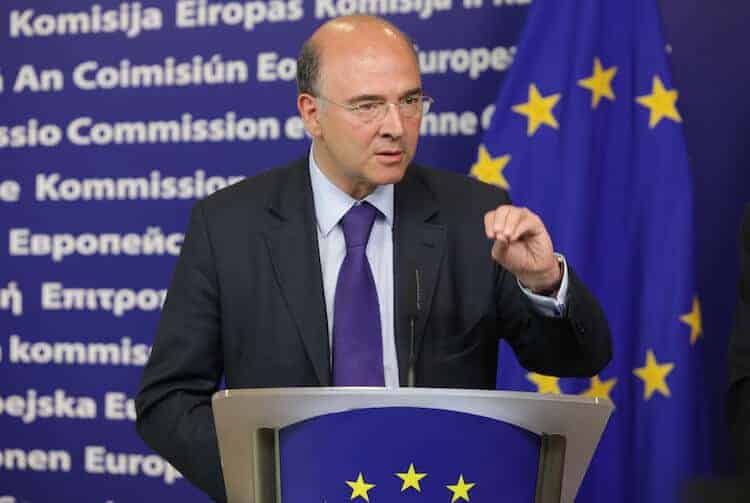 The European Union (pictured here Commissioner Pierre Moscovici) should consider the creation of a Euro Treasury according to Jörg Bibow. (photo: © European Commission 2014)

Currently, eurozone public investment spending is at a very depressed level of around two percent of GDP. Public investment should be boosted to three or four percent for a few years, and thereafter grow at an annual rate of, say, five percent. Once the key parameters are set, there would be no discretion in fiscal decision making at the center, which is critical in the absence of full-fledged political union. The Euro Treasury would function on the basis of a strict rule, the so-called golden rule of public finance, which foresees that public investment should be debt financed. Member states would still be required to abide by all the rules of the current euro regime, but this would apply to current public expenditures only — as national public capital expenditures would form a separate capital budget funded through common Euro Treasury securities. The current austerity crusade rejects the conventional understanding of the golden rule and impoverishes Europe. The Euro Treasury would turn that golden rule into the anchor of the European integration process; with investment grants being automatically withheld in case of noncompliance.

The lack of fiscal union is the ultimate flaw in the current euro regime and at the heart of the unresolved euro crisis. The euro has decoupled the monetary and fiscal authorities, a divorce that has left all parties concerned extremely vulnerable. Lacking a central bank partner, the national treasuries are subject to default and, hence, runs. Lacking a Euro Treasury partner and Euro Treasury debt, the ECB is subject to legal challenges of its quasi-fiscal policies as applied to national debts. Today, there is little the ECB can safely buy without opening the can of worms that has the transfer union label on it. The Euro Treasury would establish the vital treasury-central bank axis of power. The original euro experiment has failed. It is high time to re-launch the euro on a sounder footing.

While the flawed euro regime has caused a massive investment slump, the Euro Treasury scheme would steady public investment spending. This would safeguard the eurozone’s infrastructure and common future, and it would also help stabilize economic activity and investment spending generally. With public investment organized at the center and funded through common debt, national public debt ratios can decline to low and safe levels. The term structure of Euro Treasury debt would become the common benchmark for financial instruments issued by debtors of euro member-states, irrespective of nationality – the promise of the common market and common currency would finally be fulfilled.

The Euro Treasury would not only heal the euro’s potentially fatal birth defects but also contribute to overcoming the ongoing crisis.

A version of this column as also published by The Conversation. For more information about the Euro Treasury idea read this Policy Brief and this Working Paper.