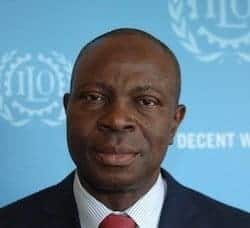 In the months since the collapse of the Rana Plaza building in Bangladesh, which killed over 1,100 garment factory workers and injured some 2,500 more, there has been a concerted effort to improve safety standards and working conditions in the country’s ready-made garment (RMG) sector.

Brands and retailers joined the government and employer and worker organisations in Bangladesh, as well as multilateral organisations, international partners, regional institutions and global unions to address the immediate needs and the longer-term challenges brought on by the tragedy.

True, there have been frustrations and delays along the way. Raising sufficient funds for compensation payments has been slower and more complex than it should have been, for example. But there have been positive changes. The Bangladesh Labour Act has been amended to strengthen fundamental rights, with improvements in relation to occupational safety and health, freedom of association and collective bargaining. As of the end of September, over 2,000 safety inspections have been carried out with some factories being closed permanently, while many others improved safety conditions.

The minimum wage for RMG workers has increased and the labour inspection system has been upgraded. Victims of the accident have received rehabilitation, training and counselling, to help them to regain employment and become self-sufficient again. And most surviving victims and families of those who died have been awarded compensation, with the claims process due to be completed over the coming weeks.

But for Rana Plaza to leave a lasting legacy, much remains to be done to ensure that the progress made thus far is sustainable and to achieve further improvements in occupational safety and health, working conditions, and respect for labour rights. 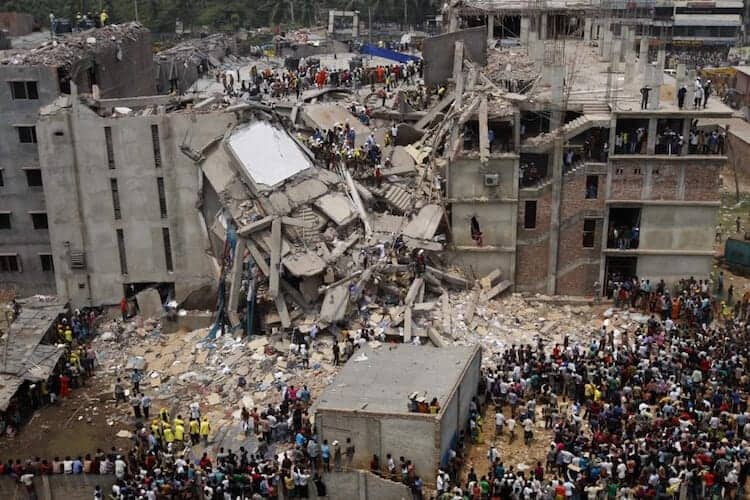 An EII scheme should be part of the Rana Plaza legacy according to Gilbert Houngbo of the ILO. (photo: CC BY SA 2.0 Jaber Al Nahian)

A Lasting Legacy Of Change

As we move forward, the focus needs to be on the better management of international supply chains across all sectors, with workers’ safety and conditions at the heart of it. Prevention is key but it is just as important to be prepared in case of future accidents. This can be done through an employment injury insurance (EII) scheme that spreads the risks across all employers at the national level. Such a scheme would provide an immediate response in terms of compensating those directly affected by workplace accidents.

These types of schemes are widely adopted across the world and provide reliable, low cost and no-fault accident compensation insurance for workers. Indeed, most countries that relied on commercial employer-liability insurance in the past have now converted their legislation to establish national EII schemes. This is because it is less costly to employers in the long run and no worker is left behind. Most national EII schemes cost no more than 3 per cent of the total wage bill, which is a sound investment when compared to the potential reputational damage for companies and the impact on workers.

The government of Bangladesh has shown keen interest to work with the ILO in setting up a national EII scheme. The ILO Convention on Employment Injury Benefits (No. 121) provides an internationally recognized normative reference to guide the government and social partners in designing national EII benefits and their delivery tailored to local realities.

What is needed now is the firm commitment of international partners, brands and retailers, alongside national counterparts, to help get a national EII scheme off the ground. Bangladesh could in turn provide a much-needed example for those other emerging export-oriented economies that do not have workplace insurance schemes in place.

The effective implementation of the Labour Act and a national EII scheme would ensure that Rana Plaza is not only remembered as one of the worst industrial accidents of its kind, but also a turning point for workers in Bangladesh.