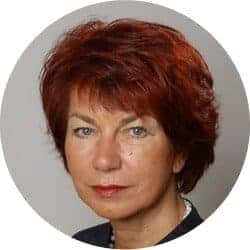 We are surrounded by enthusiasts advertising a wonderful new world of “smart factories”. Among them are government representatives, business and employer associations, CEOs from big corporations, but also academia and even trade unionists. They all try to convince us that in a near future digitalization of the manufacturing sector and even the economy at large will:

However, Industry 4.0 is still a concept of what could be rather than what is. Therefore, we should consider the numerous challenges of this trend and then consider whether we should resist or foster it. Three sorts of challenges should capture our attention: firstly, the technological ones; secondly, the social consequences of a further substitution of human labor by machines and algorithms; and thirdly, the ecological (and geopolitical) implications of digital production systems.

Fiber-Optic networks are commonly regarded as the future of networks, as they enable significantly higher transmission speed than their copper-based counterparts. However, these networks are virtually non-existent in many European countries. A second technological precondition for “smart factories” so far remains absent: a standardized application programming interface (API), common data language and increasing integration of largely self-sufficient systems from the areas of production, logistics, energy supply or building management. Finally, the transition of companies to the digital landscape exposes them to the dangers of cyber-attacks by individuals, inside or outside the firm, by computers, social networks, by the cloud, nefarious organizations and governments.

Unsurprisingly, proponents of the digitalization trend assume that all these technological challenges will soon be met in Europe – whatever the cost for companies and governments. But even if we were to share this view, the question arises whether we can also welcome the economic and social implications of further digitalization on work and workers and finally on society.

The proponents of Industry 4.0 are promising that routine processes and physically strenuous activities will be automated. Thus, humans are becoming machine supervisors rather than active producers. At the same time, companies will cut back on their permanent workforce and instead hire on demand. All routine work but especially digital services will become subject to off-shoring and further efficiency pressure, while activities involving direct human interaction will be more highly valued. Digital services will accordingly be divided into ever smaller parts and delegated to “virtual laborers” while cloud- and crowd-working flourish.

As with other types of casual work, earnings of “crowd- or click-workers” on piecework are often lower and erratic, while workers are invisible and isolated and fake labeling as “independent work” aims to avoid welfare benefits, payment of taxes and respect of labor laws. In addition, the transnational character of crowd working makes it harder to locate and use the national jurisdiction responsible for regulation of working time, salary and social security provisions. Furthermore, with more digitalization any division between work and private life is vanishing; this will increase new stress factors, particularly for women.

Against this backdrop, we have good reasons to assume that irregularity, flexibility, uncertainty, unpredictability and different sorts of ´risk´ will be the ‘new normal’ of working in an upcoming era of digital capitalism. Workers will be controlled by apps and algorithms – the equivalent of the old assembly-line but much harder to disrupt.

However, producers will only automate if it’s profitable. But to generate profits, producers need firstly, cheap raw materials and secondly, a market to sell. Keeping this in mind might help to highlight the critical flaws: If robots are to replace workers on the scale predicted by international institutions and numerous think tanks, thereby creating even more mass unemployment, and if wages are depressed even more because only the highly qualified workers can expect to receive a decent salary, two questions arise: First, to whom would the producers sell all their “intelligent products” and second, can the material inputs of production really can stay cheap if all advanced economies follow the same route towards Industry 4.0?

Here we have to address the input-side of digitalizing the economy. Even if the costs of transition towards Industry 4.0 are regarded as manageable by most manufacturing firms and even if the impact on workers remains ignored by governments and trade unions alike: nobody can ignore the constraints on company inputs. The future of Industry 4.0 will depend on how the prices of oil and of critical metals behave when economies across the globe transition to: firstly, renewable energy production; secondly, electrical mobility; thirdly, digital production – and fourthly, consumers continue to buy all kinds of mobile devices (such as smart phones and tablets), while fifthly, governments go ahead with their spending on modern military systems (including autonomous drones). All these industries and technologies depend on oil but also on the same “critical metals” – such as copper, nickel, silver, uranium, lead and, in particular, “rare earth metals” such as indium, gallium, germanium, lithium and many others. Numerous IT-technologies critical to Industry 4.0 such as sensors, high-performance microchips, display technologies, fiber optic cables, all demand a huge amount if these minerals.

In a nutshell: Only the ignorant would deny that we face limits to economic growth and thus should not build our future on the same environmental and socio-economic model that has created the current mess we are in. However, limits to growth because of current pollution levels in capitalism are brushed aside – probably until the “point of no return” is reached and the economy collapses along with ecological and social systems. But even before any such breakdown, limits to economic growth resulting from resource constraints might impair the functioning of capital accumulation – and, as throughout history, this will go together with geo-political tensions and finally with violent conflicts and wars.

Birgit Mahnkopf is a retired professor of European Politics from Berlin School of Economics and Law. She has published extensively on social and ecological aspects of globalization and European politics.