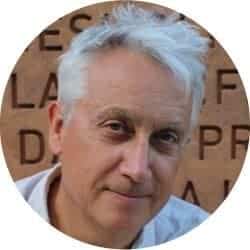 The post-election map of Italy has two main traits: fear and poverty. Northern and Central regions have gone to a Centre-Right-wing coalition where the leader is not anymore Forza Italia’s Silvio Berlusconi but the League’s Matteo Salvini, who dropped its previous ‘Lega Nord’ emphasis to turn it into a nationwide Le Pen-style National Front. In the Northern counties of Lombardy and Veneto the Centre-Right is over 50%, with the League reaching 33 to 38% in its heartlands. In Piedmont outside the Turin area the Centre-right is close to 50%, with a weaker League. In the rest of the North the Centre-Right is almost everywhere over 40%; in Emilia, Tuscany and Umbria the percentage is over 35%; in Lazio excluding Rome it is at 40%.

In Southern regions (including Marche) the Five Star movement (Cinque stelle) heavily won, reaching almost 50% of votes in Sicily and northern Campania, over 40% in Calabria, Basilicata, Puglia, Molise and Sardinia.

The 37-38% (respectively in the House and the Senate) won by the Centre-Right comes from the success of the League, gone from 4% in the 2013 general elections, to 6% in the European elections of 2014, to 18% today, while Forza Italia falls from 22% in 2013 to 17% in 2014 and to the current 14%. The 32-33% (respectively in the Senate and the House, with a younger electorate) for Five Stars should be compared with the 26% of the general elections of 2013 and with the 21% of the European elections of 2014. Matteo Renzi is the clear loser of the election, with his Democratic Party getting 19% of the vote – it had 25% five years ago and peaked at 41% in the 2014 European elections – and his coalition reaching a total of 23%, including the 2.6% of the ‘More Europe’ party of  Emma Bonino. On the Left ‘Liberi e Uguali’ obtained just above 3% of votes, failing to build a significant left-wing opposition. Voters’ participation was similar to five years ago, around 75%, while in the European elections it had fallen to 57%.

Those gains of the Centre-Right and Five Stars are parallel successes, fueled by common ingredients: protest vote, populist rhetoric, criticism of Europe, anti-immigrant feelings. In the Center-Right coalition such drivers coexist with very distant other interests – those of the rich and powerful around Berlusconi; the balance of internal power relations in the coalition will be difficult to sort out, in terms of political hegemony even before the formation of a government. In the Five Stars those ingredients coexist with the attempt to achieve a transformation from protest movement to government party, with an evolution – in terms of identity and political agenda – that is yet to be charted.

These same drivers, however, have taken different directions in the North and South. The League’s roots in Northern regions have been expressed in demands for lower taxes, for protecting falling incomes, local and national identities. The South – which has been ‘left behind’ by political and economic developments, abandoned by a new emigration, marked by social degradation and criminal powers – has expressed a protest that demands new political power. The main limit of Salvini’s attempt to build an Italian ‘National Front’ has been his inability to overcome these regional division.

Ten years of severe economic and social crisis are the background to all these developments. Italy’s per capita income is now back to the levels of twenty years ago; behind this average there is a collapse – of about 30% – of the income of the 25% poorest Italians, living in the South or in the declining peripheries of the Center-North. Twenty years of stagnation and decline mean a generation with ever-lower expectations in terms of income, work and life. Impoverishment has become a reality for a very large swathe of Italians. The Five Star vote reflects the poverty of the South – their call for a general minimum income has been attractive in this regard. The vote for the League expresses the fear of impoverishment in the North. Only in the centres of major cities – where the richest and the highly educated live, and the economy is better – has the vote taken different directions, going to Forza Italia and the Democratic Party.

Poverty is coupled with fear. The fear of worsening economic conditions and social status; the fear of having immigrants next door, other poor people competing for fewer low-skilled jobs and scarcer public services. In the elections the most prevalent fear was that of immigrants – the landings in Lampedusa, the inability to integrate them, the killing and shootings in Macerata. Salvini turned anti-immigration attitudes into his most effective political tool; Five Star expressed the same hostility – calling NGOs saving immigrants in the Mediterranean ‘water taxis’ for illegal aliens and refusing to vote for a bill granting citizenship to second generation Italians with migrant origins.

Fear and poverty, in a strange twist, have become the main forces shaping Italian politics. Fear is now the ideology of the League; poverty is the condition breeding Five Star success. Replacing the old left and right, we have now the politics of fear and the lament of the impoverished, the ones excluded from the ‘caste’ of the powerful.

The tragedy of the Left is that for over for two hundred years equality, social security and solidarity have been its banners. They have been gradually lost in the loss of collective identities, in ever less participatory political practices, in government policies that were increasingly in contrast with those values. In this political degradation it must be emphasized that dangerous impulses like fear and poverty are expressed with the tools of democracy: 75% voter turnout at polling stations is the only good news of March 4, 2018.