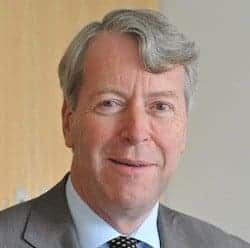 The objectives of the planned structural reform of EU banking are ambitious: to prevent systemic risk, avoid misallocation of resources, and facilitate an orderly resolution and recovery. The original idea of the reform is to split the deposit taking and lending business of a bank from its investment banking business. However, the proposal contains many loopholes so as to not automatically split securities trading on behalf of customers, despite this having similar risks and being indistinguishable from proprietary trading.

A big threat is the illusion of financial reform: the structural reform proposal of EU banking will, in its current form, be ineffective – due to weak design and limited scope, says Suleika Reiners, financial expert at the World Future Council. She has also talked to Martin Hellwig, Director of the Max Planck Institute for Research on Collective Goods, about the issue of financial reform.

The structural reform of EU banking aims to reduce internal risks, facilitate an orderly recovery or resolution and prevent systemic risks. What would be the best possible outcome of a splitting of banks?

If we are honest, we must admit that we do not know what we are talking about. The proposals for structural reform have been shaped by nostalgia and illusions: nostalgia for the good old times in the US when the Glass-Steagall Act was in place, and illusions about the feasibility of eliminating the need for taxpayer bailouts. In the 1980s, Glass-Steagall itself was a cause of crisis: When interest rates rose sky high, in the early and late 1980s, many deposit taking institutions were in serious trouble. The notion that bailouts would be limited to commercial banks is also an illusion. Lehman was an investment bank.

To properly deal with the question of structure: we need to start from scratch and ask ourselves what we are actually talking about, without any nostalgia, illusions, or self-deception.

What would be the crucial features of an effective and efficient bill?

We need to be clear about the problems and about the objectives. At the time when it was introduced, Glass-Steagall was intended to protect depositors from fraudulent advertising (not from risks in investment banking). To market shoddy securities, investment bankers had abused their access to the customer files of commercial banking parts of their institution. Separation was intended to put a stop to that – and it did. Today, I see three concerns: governance, contagion, and resolution.

Governance: In our wealthy societies, financial institutions at the retail level collect more funds than they can invest within their own domain. They channel them to other financial institutions. In the run-up to the crisis, governance for this process was badly flawed, in separated as well as integrated systems. We should focus on how to deal with this governance problem.

Contagion: If a bank’s activities in one area are in trouble, there are likely to be repercussions elsewhere. A separated system may help to create fire walls. At the same time, you are likely to have a more extensive system of contracts and a much greater risk of domino effects from banks defaulting on contractual obligations.

Resolution: One reason why banks are bailed out is that the authorities do not know how to intervene in a crisis without causing substantial further damage. Resolution involves separate interventions of all countries where a bank has legally independent subsidiaries. Such separate interventions destroy the integrated operation of cash management or IT systems, and the authorities may find it impossible to maintain systemically important operations, even temporarily. We need structural reform to eliminate this dilemma.

The original Glass-Steagall Act of 1933 in the US, which was repealed in 1998, was simple: it prohibited banks from dealing in securities and security companies from accepting deposits. Is it – also in light of implementation – worth keeping some of this simplicity?

Simplicity has its advantages, but is not a value per se. Banks under the Glass-Steagall Act were strongly exposed to interest rate risk. Do you want to return to that situation? Or do you want to allow depository institutions to reduce this exposure, for example, by use of interest rate derivatives? If you do, how do you draw the line between risk reduction and gambling? Complexity enters right there.

To what extent has financial reform been effective so far?

Much of the regulatory reform that we have had has little to do with the crisis. Many measures have used the crisis as a pretext to promote other agendas like regulation of hedge funds, short sales, the financial transaction tax and many more.

What else has to be done?

On the one point that really matters, equity requirements for banks, progress has been modest, to put it diplomatically. Supervisors and politicians have been congratulating themselves for having more than tripled these requirements but, to quote Martin Wolf from the Financial Times, if you triple something close to zero, you still do not get very much. Moreover, the tripling concerns the ratio of bank equity to risk-weighted assets, not equity to total assets. Many banks have responded by improving their “risk weight management”. The term itself belies the fiction that risks are something objective that you measure. In relation to total assets, the equity of large European banks has gone from between two and five percent of total assets to between three and six percent of total asset. This is like lowering the speed limit for trucks with explosives to 140 km/h when you have had a disastrous accident at 150 km/h.

published in cooperation with the World Future Council

Martin Hellwig was appointed as Director of the Max Planck Institute for Research on Collective Goods and Professor of Economics at the University of Bonn in 2004. He holds a diploma in economics from the University of Heidelberg and a doctorate in economics from the Massachusetts Institute of Technology. He was the first chair of the Advisory Scientific Committee of the European Systemic Risk Board.