Should investment in a New Deal for Europe come from taxation or borrowing? Only the latter makes economic and political sense, argues James K Galbraith. 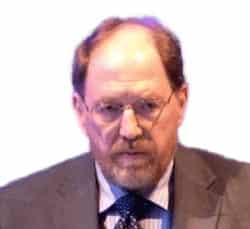 Thomas Piketty and several colleagues have taken a shot at the European New Deal (END) of the Democracy in Europe Movement (DiEM25). Writing for DiEM25 last December, Yanis Varoufakis had noted how the taxes and spending Piketty advocates would now be implemented by each EU member individually with practically no Europe-wide component, a retreat from a previous agenda. So part of the difference between the two camps is over whether European green investment should be a continental project or merely each country doing what it chooses, more or less on its own.

But now Piketty calls attention to another big difference. The END of DiEM25 proposes to fund half a trillion euro of energy transformation and conservation with bonds—in other words, a policy of fiscal expansion backstopped by the European Central Bank. Piketty’s team proposes a series of tax measures, on corporate profits, a new progressive income-tax rate and an annual tax on wealth over one million euro—as well as a regressive carbon-emissions tax.

Overall, the Piketty proposal aims to redistribute 2 per cent of European gross domestic product (within countries, not between them) and to invest another 2 per cent in the Green New Deal, a number which comes to nearly €400 billion—close in principle to the DiEM25 proposal. In practice it would fall far short, since the taxes could not be imposed without national consent, and it would not only be tax havens such as Ireland and Luxembourg which would hold back. No conservative government in thrall to the wealthy would participate. Nor would any government that feared an insurrection such as that of the gilets jaunes.

The DiEM25 plan avoids this problem by promising to launch a green-investment programme without new taxes. But can one do this? Piketty and his colleagues say no. They want new taxes, ‘because a major part of the expenditure we propose is public expenditure’.  They thus argue that one can’t have a Green New Deal without first putting up the taxes to ‘pay for it’.

But there is no requirement that any expenditure, whether public or private, be funded in advance by revenues. Expenditures in the nature of investments should, generally, not be funded in advance. If your house has a mortgage, you borrowed to pay for it. If you start a new business, you usually borrow the capital to get started. If a big corporation decides to build a new factory, it too borrows, from a bank or by issuing a bond. Borrowing makes sense when real resources are available and the benefits come over time. In making decisions to invest, governments have an extra advantage: they can write a cheque without having borrowed ‘in advance’.  When the cheque is cashed, the recipient can (and often does) simply switch the proceeds for a bond; thus the ‘borrowing’ occurs after, not before, the project is launched.

Both sides agree that major investments are absolutely necessary to fight climate change and sustain high living standards. The question is: which approach would succeed? Piketty’s proposals would impose immediate hardship, through the carbon tax, in order to bring in funds in advance of the investments. By creating hardship, Piketty’s proposals would destroy the political basis for dealing with climate change at all—just as Emmanuel Macron’s diesel tax has already largely done in France. And, given non-compliance and tax evasion, it would probably fail to bring in the revenue anyway. To that extent, by placing taxes before spending, Piketty and his colleagues are promoting a fantasy.

For DiEM25, in contrast, progress would be evident at once and results would start coming in. The required resources would come by mobilising people who are currently unemployed (6.8 percent!) or underemployed (many more!) all across Europe. DiEM25’s proposal would reorganise existing economic activity, provide needed work and generate revenues over time to service the debts taken out at the beginning. Full employment, including a job guarantee, is integral to the European New Deal, both as economics and as the necessary politics of making it work.

The DiEM25 proposal follows the path charted by the New Deal of Franklin Delano Roosevelt from 1933 to 1936. Using the technical expertise of the European Investment Bank, it would identify and plan out the large and small undertakings required to achieve the green-investment objectives. Using the credit of Europe, it would fund those projects for the long term at low interest rates. Using the power of the European Central Bank, it would ensure that the bonds were placed on favourable terms.

The final argument in the Piketty text is that Varoufakis—a former Greek finance minister with scars to prove it—is now willing to turn European politics over to the ECB. The opposite is the truth. Under the DiEM25 proposal, as in the original New Deal and the mobilisation for World War II, the central bank would become the servant, not the master, of the public purpose.