Stuart Holland argues that what Europe needs urgently is not new institutions, as recommended by Thomas Piketty and others, but a Green New Deal. 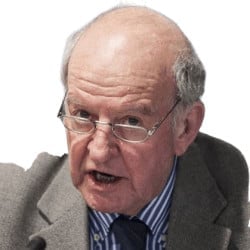 In December Thomas Piketty and several others launched a Manifesto for the Democratisation of Europe, supported by 120 European politicians and academics, including proposals for a new European Union treaty, a new assembly and new European taxation. Since it was launched, the manifesto has gained over 110,000 signatures. In an article in the Guardian, Yanis Varoufakis countered this with the proposal from DiEM25, with which he is prominently associated, for a bond-funded Green New Deal. Piketty has responded in turn but both misunderstands and misrepresents the proposal.

A Green New Deal has been advanced not only by DiEM25 but also by the European Greens, which have made it the basis of their two last campaigns for the European Parliament. Its rationale is based on successive versions of A Modest Proposal for Resolving the Eurozone Crisis by Varoufakis and myself, in 2010, 2011 and 2012, and another with James Galbraith in 2013.

Piketty recognises that the Green New Deal proposition includes European Investment Bank (EIB) bonds, and that these could support ‘an ecological reconstruction of Europe’. But he claims that part of this is already in the Juncker plan for a European Fund for Strategic Investments, which is wrong.

The Juncker plan has entailed only €5 billion of EIB funds—rather than the €300 billion which Juncker made the first of ten commitments to the European Parliament, at the time of his adoption as commission president, or the €500 billion in the DiEM25 proposal, to which Varoufakis referred in the Guardian. It has also recently been strongly criticised by the EU Court of Auditors, for recycling existing funds rather than creating new resources.

While Piketty refers to EIB bonds in the DiEM25 New Deal proposal, he takes no account of the argument integral to it for bonds issued by the European Investment Fund (EIF). On my recommendation, the then commission president, Jacques Delors, embodied this in the commission White Paper on Growth, Competitiveness and Employment of December 1993 and persuaded the European Council to endorse it in 1994.

The aim was to complement EIB micro-level project bonds with a macro-role for eurobonds to recycle surpluses in under-invested global pension and sovereign-wealth funds. Emmanuel Macron grasped this in 2014, as French economy minister, proposing to increase the subscribed capital of the EIF so that it could recycle a share of such surpluses to generate €200 billion or more of counterpart funds for EIB investments. At the time, he was opposed by the German finance minister, Wolfgang Schäuble, but Schäuble is no longer in office.

Piketty also neglects the fact that the Modest Proposal and its derivative case for a Green New Deal include more than funding environmental safeguards and green technology. Thanks to Antonio Guterres, when heading the government of Portugal, the Amsterdam Special Action Programme, endorsed by the European Council in 1997, persuaded the EIB to commit to this but also to fund investments in health, education, urban regeneration and venture capital for small and medium-sized firms to sustain innovative start-ups. These enabled it to quadruple its investment finance to more than double that of the World Bank in the following decade.

This fell to only some €60 billion after the 2008 financial crisis. Yet now, if quadrupled again—not least with EIF co-financing—it could reach some €240 billion, with investment multipliers of 2.5 to 3 double or more than fiscal multipliers, aided also by the EIF having become since 2000 part of the EIB Group.

Unlike the Piketty proposals, none of this depends on a new treaty, a new assembly or new federal taxation—nor on national guarantees of eurobonds for a Green New Deal. For, although Piketty does not cite this, EIB bonds do not count on the national debt of EU member states any more than US Treasury bonds count on the debt of member states of the American union such as California or Delaware. Further, EIB Group bond finance does not depend on fiscal federalism, since it is serviced by revenues from the projects which it funds.

A real gain from EIB bond funding for public investment not counting on national debt is that this releases a major share of annual national taxation for current expenditures—such as raising minimum wages or increasing pensions, or both, without thereby increasing national debt or deficits. This has been integral to the successive versions of the Modest Proposal rationale for a European New Deal.

In claiming to highlight differences between his own proposals and those for a Green New Deal, Piketty claims that his are based on taxes because a major part of the public expenditure he proposes would finance research in new technologies by universities. This fails to appreciate that the key issue is not pure research but, as Mazzucato has evidenced, achieving synergies with entrepreneurship, which was already integral to the rationale for the EIF to issue venture capital.

Another difference claimed by Piketty between his proposals and those for a Green New Deal is ‘to provide public goods to citizens’. Yet, thanks to Guterres, since 1997 the EIB has been doing this in funding investment in health, education, urban regeneration and the environment, without this adding to national debt. Moreover, the Lisbon Agenda of 2000, also cited in the Modest Proposal, was concerned not only with public goods but also public rights, endorsing the principle of the right to a work-life balance which most EU member states thereafter adopted in national legislation—even if this would have been better as a European citizenship right, as originally proposed by Guterres to the European Council.

A further wrong claim by Piketty is that Varoufakis’aim is ‘radically shifting the decision-making centre of European economic policy towards the central bankers of the ECB’. This is a distortion of the point, referred to by Varoufakis in his Guardian article, and also in the Modest Proposal, that the European Central Bank could buy EIB bonds on the secondary market to support their credibility—but this is secondary to the main case we have made since 2010 for both EIB and EIF bonds (not the ECB) to fund a New Deal.

While Piketty is concerned to highlight differences between his proposals and those for a Green New Deal, the real difference between them is that his—however well-intentioned—are a wish list for a new treaty, a new institution and taxation of wealth and income. A Green New Deal needs neither treaty revisions nor new institutions and would generate both income and direct and indirect taxation from a recovery of employment.

It is grounded in the precedent of the success of the bond-funded, Roosevelt New Deal which, from 1933 to 1941, reduced unemployment from over a fifth to less than a tenth, with an average annual fiscal deficit of only 3 per cent. Thereby, Americans recovered faith in their institutions, which—whether in the outcome of the ‘Brexit’ referendum in the UK or the gilets jaunes protests in France—is transparently not the case now in the EU.