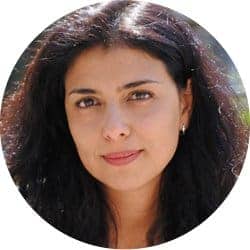 The declared objectives of the proposed Directive on transparent and predictable working conditions published by the European Commission are praiseworthy but the measures envisaged are far from satisfactory.

Faults of the new Directive

The Directive aims to give meaning to the European pillar of social rights (EPSR) but this should not, however, be at the expense of flexibility. The contradiction has been already set in the EPSR – to help the workers but without hampering the interests of the owners of capital.

Although it claims to target all non-standard contracts, the Directive concentrates its efforts mainly on so-called “zero hour contracts”. In Bulgaria the practice of the “one-day contract” exists. It is signed in the morning, before work begins, which means that the worker cannot be warned if he will work at all the next day. This is a labour contract that does not count for work experience, does not provide adequate protection such as unemployment benefits and paid maternity and allows for a limited avail of sickness benefits.

In Bulgaria even now, the employment contract must be signed before actual work begins. The probationary period is also limited to up to six months. However, this does not make employment in the country secure nor the jobs decent enough. According to different estimates, the grey economy in Bulgaria is twice as high as the EU average. National authorities, as quoted in the EC Country Report Bulgaria 2018, reported that 58% of employees are “at risk of engaging in under-declared employment”. As a result, 23% of the employees receive 20% less than the minimum wage and 83% receive less than the average wage!

Even if they work with official contracts, workers are often subjected to exploitation due to the weak control of public authorities over working conditions. The Labour Inspectorate, in addition to checking only paper documents, is understaffed. For the control to be effective, it must be enabled to perform checks and investigations on-the-spot. Two years ago, the Confederation of Labour Podkrepa conducted a “Secret Employee” experiment on the lines of the “Secret Client” corporate practice. As a result, outrageous practices of a company against its employees were unveiled. This should be undertaken by the Labour Inspectorate legally and systematically.

Having the lowest wages in the European Union together with everything described above has led to a massive emigration of Bulgarians to Western Europe and depopulation of entire Bulgarian regions. An additional motive is also the lack of respect from employers towards the workers who are even publicly called “slackers” by national employers’ organizations.

This exodus of labour was, then, market-driven and largely provoked by employer’s earlier behaviour in driving down wages. It consequently led to wage increases as fewer job applicants pushed salaries upwards – a tighter labour market necessarily means offering higher salaries. In order to fight these market forces Bulgarian employers managed to pass changes in the law that ease the import of third-country workers. In many EU countries there is a lack of accurate statistics on the number of job vacancies and the number of unemployed job-seekers and Bulgaria is one of them. This allows employers to speculate with the inadequate labor force available in the economy.

The officially declared aim is the import of 500,000 third-country workers. The efforts of “labor force importers” are concentrated towards former Soviet republics, India, Vietnam, Thailand and Egypt. The employers will achieve two results. First, they will freeze or at least slow down the increase of wages in the country. Second, and with more severe consequences, this will lead to a rise in nationalism in the country. The decades-long exploited Bulgarians who do not have the ability or sufficient motivation to leave the country in search of a better life will inevitably blame newcomers for their low wages and lack of decent work. The conditions for this to happen are already present and the rising paramilitary squads who have until now focused on refugees will quickly “retrain”. In their efforts to maintain their profits and to avoid any improvement in workers’ conditions, the employers’ organizations in close collaboration with the Bulgarian government put at risk not only labour security but also national security itself in Bulgaria.

The Directive at hand must first of all strive to limit all possibilities of using non-standard labour contracts so as to ensure the security of workers. Irrespective of the size and type of businesses, the employee is not a shareholder who can be expected to take the same responsibility as the business owner. The possibility of giving greater powers of surveillance with enhanced resources available to Labour Inspectorates must be explored.

Any interventions on national and European level should be done after the situation of the labour market in the member states is completely transparent. To this end, it is imperative that the Directive obliges employers to declare their vacancies in national employment agencies. Often vacant positions are not occupied due to poor working conditions and low wages, which is framed by employers’ organizations as “labour shortage”.

While we wait for employers to take measures providing for the security of workers, nothing good lies in store if both parties are expected to gain equally. The Bulgarian worker will not feel any improvement in working conditions from the introduction of this Directive. This will reinforce the sense of empty promises for social Europe and could spur a new wave of euroscepticism.