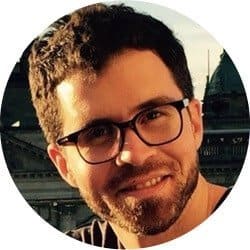 While international opinion polls recorded uniformly negative reactions to Donald Trump’s election, the markets reacted positively, except for a few hiccups mostly caused by Trump-generated controversies. This momentum lasted up until the Republican effort to “repeal and replace Obamacare”, which tanked. Now, with the markets tapering off and uncertainty omnipresent, there seem to be four primary factors with the greatest impact on company and government reactions to Trumpism: (a) Trump’s Executive Orders, (b) hopes of deregulation accompanied by a decrease in transparency, (c) a softening of language on foreign trade, and (d) a steady increase in the threat of and use of military force.

Trump’s executive orders, apart from sparking national and international controversy, have impacted global markets. His March 28 Executive Order dismantling Obama’s climate change protections, just four days after Republicans were forced to call off a vote on ‘Trump Care’, slowed the slide of a weakening post-no vote dollar and lower DOW, S&P, Nasdaq and Russell closing averages. His March 27 Order revoking Obama’s fair pay and safe workplaces orders may also have played a role in contributing to the slight rebound on March 29 and the following days, but as of 16 April, the momentum of the first two months of Trump’s presidency appears to have slowed: since mid-March, the S&P has dropped 1.8%, the Russell has dropped 1.83%, the Nasdaq has dropped 1.2%, and the DOW has dropped 2.05%. On March 20, after Trump delegated significant executive defense powers to Secretary of State Rex Tillerson, the markets dropped by several points across the board. And on both March 6 and January 27, when Trump issued orders blocking immigration and travel flows from seven and then six Muslim-majority countries, the markets reacted with losses, in both cases offsetting a momentum of rising closing averages. Thus, the markets have reacted with losses to all of Trump’s most controversial Executive Orders, with the exception of that revoking Obama’s fair pay and safe workplaces order requiring that federal government contracts worth over $500,000 go to companies that had not violated labor laws.

b. Deregulation & Lack of Transparency

Two trends emerging from the first 90-something days of Trump’s administration are adherence to the GOP deregulation agenda—including a potential dismantling of the Obama-era Dodd-Frank Act and the “fiduciary rule”, which discourages commission-based retirement services in an effort to reduce incentives for financial advisors to gloss over the risk of certain investments—and a general trend toward decreasing transparency and openness, especially within the Executive Branch.

The Trump administration’s deregulation ideals are perhaps best encapsulated in the January 30 Executive Order, which required that for every new regulation proposed, two must be identified for potential elimination. While the specifics of this deregulation wave remain unclear, on 16 April 2017, the Washington Post published a summary of the more than 160 comments the Department of Commerce had received from industry in response to Trump’s cutting-red-tape initiatives. The report identified several lobbying efforts from a variety of sectors, but notes that environmental regulation (ahead of banking) has emerged as the primary target.

Regarding transparency, the administration has rendered itself simultaneously more vulnerable and less accountable to conflicts than its predecessor, particularly after the President eliminated an ethics provision prohibiting lobbyists from joining agencies they had lobbied during the previous two years. The White House also announced it would keep its visitors’ logs secret, discontinuing the release of information on corporate executives, lobbyists and others who enter the complex, often with a view to influencing federal policy.

Notwithstanding its hostility to the TPP, the new administration has taken a surprisingly soft tone on trade. While Mexico and China appeared frequently in Trump’s campaign speeches, neither the renegotiation of NAFTA nor tariffs on Chinese imports appear to be a high priority. During President Xi Jinping’s recent visit to the US, Trump was cordial. While America expects better access to certain markets (e.g. services companies and beef), it no longer labels China a ‘currency manipulator’. As for NAFTA, the administration’s ‘renegotiation’ proposals look more like ‘tweaks’, and this is a wise move, not least because most of Trump’s campaign proposals would almost certainly have breached US obligations under WTO Agreements, and if the US wants to retain leverage in trading with much of the world—especially those parts that make a habit of appropriating U.S. intellectual property—it would be absurd to withdraw from the WTO too.

d. Use of Military Force

The Trump administration’s first budget proposal included cuts to virtually every area of federal spending, except for veterans’ services, border security, and of course, the Department of Defense, which would receive a $52billion, or 10%, increase. Moreover, the administration has coupled the proposed increase in military spending with an increase in military action, both real and threatened. Over the past weeks, Trump’s military actions have run into controversy. The April 7 attack on a Syrian airbase in response to accusations that President Assad had used chemical weapons on his people is almost unanimously considered a breach of international laws on armed conflict by legal experts. And on April 13, Trump dropped the so-called ‘mother of all bombs’ on an ISIS base in Afghanistan, which is considered a gratuitous use of force by much of the international community. While the threat to use military force against China has cooled considerably, Russia and North Korea have both recently entered into the administration’s range of potential targets. And, of course, in one of Trump’s first acts as President, he placed a freeze on all hiring, “Except for the military. That’s very important. Except for the military.”

So what does this mean for Europe? If the effects of the populist trends represented through Trumpism, Brexit, and Marine le Pen can be summarized in one word, that word is ‘uncertainty.’ Trump has yet to articulate definite trade and foreign policies (apart from withdrawal from the TPP), the Brexit deal has yet to take shape, and Le Pen’s candidacy, even if unsuccessful, will leave an uncertain legacy. However, in response to each phenomenon, at company level, affected businesses appear to be bracing for change, while at the national level, the European governments have expressed disappointment at Trump’s trade agenda and appear to be looking around for ‘backup’ plans, especially in Asia. Indeed, the phenomena of Brexit, Trumpism, and the rise of populist parties in Europe and elsewhere reflect various forms of ‘uncertainty’ among many citizens about the functioning of their democracies and the openness of their societies.

Kevin Crow is a Lecturer and Senior Researcher at the Transnational Economic Law Research Centre at the University of Halle-Wittenberg Law School (Germany), and a Research Associate at the Asia School of Business (Kuala Lumpur). His research focuses on international economic law and international humanitarian law, and most recently, on the private sector's authorship of public international law.