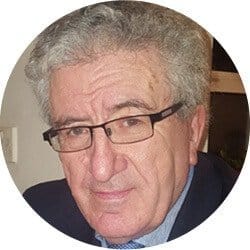 The greatest challenge facing a fragmented and divided Europe is how best to engage with Russia, with whom we share the European continent. The EU has not risen to this challenge – on the contrary, it is moving towards a form of militarism wholly at odds with its foundational values. The Brexit catharsis which might have been a catalyst for such an engagement has, instead, reinforced the move towards a European army.

What have US/ Western institutions and values to offer Russia? Certainly, capital markets, laws and institutions have a role to play in scoping an economy… But they are operating in the West in a manner that is rapidly waning integrity – yet this is still held out as an exemplary model for Russia to emulate. From the Washington Consensus to the appalling business model of banking that caused the Great Recession – and right across to the politicisation of the IMF, the reality is that, no matter what “theory” says, the template held up as an example to Russia has, in fact, devastated a good part of the global economy.

Professor Joe Stiglitz’s criticisms give no credit to Putin for stabilising the Russian economy and attempting the most complex political and cultural transition of a society in modern history. Twenty years is far too short a time to make definitive judgements. This is especially so given the impact of the Russian financial crisis in the mid-1990’s, that of the Western economic crisis and, more recently, the sanctions imposed by the West arising from the partly Western-engineered Ukraine crisis where Russia’s strategic interests were seriously jeopardised – and where it’s arguably justifiable annexation of Crimea was surely a pale reflection of recent US military interventions. As with so much of European and US foreign diplomacy over the last 50 years, it has been a case of created sick, commanded to be well.

The initial EU decision to encourage Ukraine’s accession to its political bloc never made economic or cultural sense: the EU was already unwieldly and asymmetric. It was clearly a provocation to a Russia attempting to rebuild its sovereignty and international standing. And so it has proved; greatly increasing instability in Europe, and thereby ‘justifying’ NATO’s military deployment, with a case being made for militarism in the form of an EU Army to defend ‘EU values’ rather than defending universal values through meaningful diplomacy to seek lasting peace – constructing an EU army will ossify defunct ideologies and Cold-War enmities, effectively institutionalizing Russia as ‘the enemy’ and contextualizing bi-lateral relations for decades: this itself strikes at the heart of the foundational principles of the European Project.

Stiglitz has highlighted the toxic effects of a number of US interventions: the ruinous meddling of the Harvard team is just one example – it parallels the role of Goldman Sachs, together with the repellent humanitarian brinksmanship of the German Finance Ministry, in the debacle turned calamity that is the Greek financial crisis. Stiglitz’s reference to Russian “nationalism” in the context of a repression of human rights, also needs to be seen in context: and that context encompasses the appalling subjugation of human rights perpetrated by the US from Guantanamo to the Middle East. One can admire in wonder the US Constitution, but it doesn’t require us to stay silent when the anthem is sung tone-deaf.

Similarly, equating “nationalism” with “illiberal values” and the subjugation of human rights is an ideological contention rather than a historical reality. In this context, one must ask whether the West’s ‘liberal’ values sufficiently inoculated it against the cause and effects of the global financial crisis or indeed aided thus far in fostering comity between superpowers in recent times? On the contrary, liberalism has been the political and fiscal progenitor of many of the more disastrous policies in modern international relations and has led to an implosion of social cohesion, values and institutions in the US and EU – as the work of scholars like Robert Putnam ( ‘The American Dream in Crisis’) has shown.

The current paranoia over “Russian meddling” in US politics has a surreal quality, ignoring all of the evidence of US hacking its own citizens and its state allies across countries and institutions – there is an air of diplomatic dissonance between the economic, security and humanitarian demands it makes of other countries under pain of sanctions (or arguably worse) and its own behaviour.

There is something that is tragic – and on an epic scale – in watching the possibility of a new start to US/Russian relations being stymied before it could even be tested. President Trump’s first instincts were right – but vested interests of one kind or another have shifted the trajectory of history and that of the last 100 years suggests that there could be a global cost that hardly bears contemplation.

There have been several recent books dealing with these and related issues. But books, however excellent, don’t cut it: how many politicians read, reflect upon and heed such books? There is no shortage of ‘Think Tanks’ either whose analyses, however incisive, often only accentuate the discordancy between moral principle and political policy.

The challenge is for scholars and activists to find a way inside the West’s political establishment to promote and shape a meaningful democratic engagement between the West and Russia. To re-engage in a manner informed by authentic values and sensitive to the economic insights borne of the catharsis of the last decade. To re-channel the intensity of the strategic pressures now bearing down on the West and Russia to a legacy of Mutually Assured Construction.

Ray Kinsella was a Professor of Banking and Finance at the Graduate School of Business, University College Dublin. He has taught and been published in the areas of finance, healthcare, ethics and politics.