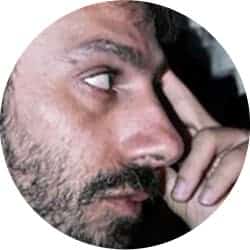 Over the past two decades, Italy has been one of the strongest and most enduring markets for populist parties in Western Europe. While in other European countries the rise or the emergence of populism is a recent development or has occurred only occasionally, it is a persistent feature of Italian politics. In the sixteen years since 2001, Italy has had populist governments for roughly half of this period (eight and a half years) if one counts the three governments led by Silvio Berlusconi that were in power from 2001 until 2005, 2005 to 2006, and 2008 to 2011. Furthermore, in the last Italian general election in 2013, populist parties (People of Freedom/Forza Italia, Lega Nord, and the Five Star Movement) gained over 50% of the vote.

Interestingly, if one looks closely enough, they can identify some common patterns characterising the emergence of populist parties in Italy. In the early 1990s, the rise of Forza Italia (FI) and the Lega Nord (LN – Northern League) was closely tied to political and economic crises. In a similar fashion, since 2008 a new period of economic and political crisis has coincided with the ascent of Beppe Grillo’s Five Star Movement. Italy thus offers a useful case study for assessing the consequences that are implied by a continuous and strong populist presence in national politics. If we look across these years as a whole, the Italian experience highlights four particular threats to democracy that can emerge from this populist presence.

First, there have been implications for the checks and balances that exist within the Italian political system. Populist parties have repeatedly attacked the work of judges, notably in the case of Silvio Berlusconi. They have also had a sizeable impact on the role of the media in Italian politics. This is true both of Berlusconi’s Forza Italia and the Five Star Movement, who have both posed a threat to the freedom and autonomy of media organisations.

Second, there has been a general oversimplification of political discourse in Italy. The debate about the cost of politics is a good example. Initially introduced by the Northern League and Forza Italia in the 1990s, complaints over the cost of politics have also become one of the most successful topics for Beppe Grillo to mobilise support around. Yet despite the presence of this debate for two decades in Italian politics, the political attention it has received has failed to produce significant savings (as shown, for instance, by several expensive and incomplete attempts to abolish provincial councils). There is cross-party consensus among the main political parties on the need to reduce the number of MPs. This implies a certain reduction of political representation, while the reduction in terms of the cost of politics is rather uncertain.

Third, Italy has experienced the spread of populist themes and frames even among non-populist parties. In the last few years, the success of populist campaigning among citizens has pushed even mainstream parties to react using populist rhetoric, styles and sometimes also populist content of their own. An example would be a much-shared Facebook post produced by Matteo Renzi on migration, which stated that ‘we need to free ourselves from a sense of guilt. We do not have the moral duty to welcome into Italy people who are worse off than ourselves’.

Finally, Italian populism illustrates the so called ‘cultivation theory’. To paraphrase George Gerbner and his colleagues, instead of ‘growing up with television’ we might address the issue of ‘growing up with populism’. Italy is now characterised by general discontent among citizens and strong political disaffection. The country is not an exception in this respect among Southern European countries and, obviously, the blame for this situation cannot be attributed solely to populist parties. Nevertheless, it is worth noting that, at least in part, the success of populist parties is achieved through the de-legitimisation of politics, institutions, and the ruling class, and that it produces a vicious circle fuelling citizens’ distrust and dissatisfaction.

Although populist parties can pose threats of this nature to democracy, usually their leaders are also political entrepreneurs that build off several problems not adequately addressed by mainstream parties. Their successes, indeed, rely on the ineffectiveness of governments to take seriously the problems identified by populist parties, such as political corruption, inefficient use of public money, the integration of migrants, and the demands of those who are excluded from the benefits of the globalisation process. Finding viable solutions to these issues is the obligatory path for Italian politics to follow if it is to reduce the growing gap that separates it from Italian citizens.

Giuliano Bobba is Assistant Professor at the University of Turin. His research interests include relationships between governments, parties and the media; election campaigns at the European, national and local levels; the European public sphere; and populism.