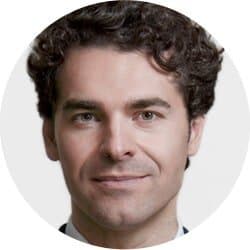 While public sentiment about the European project has rebounded, Europeans remain largely dissatisfied with whether their voices and concerns count in Brussels. Despite recurrent calls for radically reforming the European Union to ensure a greater involvement of EU citizens, little is expected to change between now and the next 2019 European Parliament (EP) elections. The 2017 White Paper on the Future of Europe is noticeably silent on the issue. And it won’t be the thousands of citizens’ dialogues orchestrated by the EU Commission across Europe over the summer that will re-engage EU citizens with Europe.

The role of citizen

Given the economic recovery and restored popularity it might be tempting for EU political leaders to neglect citizens’ demands. Yet it would also be a mistake Europe can no longer afford. A median of around 53% EU citizens, excluding the UK, support having a national referendum on continued membership. Meanwhile, two seemingly unrelated phenomena, Brexit and Macron’s leadership, are encouraging the emergence of an unprecedented, trans-national yet timid pro-EU sentiment, which might soon become – at, say, the next EP elections – the occasion of competing campaigns between (and among) mainstream political parties, on the one hand, and potential new entrants, on the other.

This situation calls for a re-assessment of the context in which citizens live and perceive the Union.

Today Europe’s greatest deficit is not democratic, but one of intelligibility. As we get lost in endless discussions on whether we need more, less, or a fairer Europe, we fail to recognise how indecipherable its operation is. No surprise then that literacy about the EU is modest – only 42% of citizens feel fairly well-informed about their EU rights – and that engagement remains limited (as epitomized by low turnouts in EP elections).

The lack of a EU public sphere condemns citizens to be exposed exclusively to domestic accounts of EU developments. No wonder these reports are inevitably partial, often misinformed, and generally misleading from national politicians who seek electoral rewards by passing the buck and scapegoating the EU. Why should they tell citizens that it is Brussels not their national capital taking the most fundamental decisions affecting their lives? In the meantime, EU citizens are exposed to an explosion of ‘fake news’ that while it has historically been a prerogative of UK media outlets, today is increasingly Kremlin-manufactured. Needless to say, this growing phenomenon further blurs citizens’ understanding and perception of the Union.

And when it comes to EU decision-making, this is characterised by a civic empowerment gap. Political power is increasingly distributed unequally. There are an estimated 30,000 corporate lobbyists operating in Brussels, dominating the EU policy process. While NGOs have increasingly been included in EU policymaking, they are typically under-staffed and, owing to their pan-European orientation, struggle in connecting with citizens. In short, they are often ill-equipped to effectively represent the interests of 500 million European citizens on issues such as consumer rights, climate justice, data protection or gender equality.

But the good news is that, despite its unintelligibility and perceived opaqueness, the EU’s day-to-day operation is, on average, more open, inclusive and accountable than that of most EU Member States. Multiple avenues of participation exist, ranging from agenda-setting via the European Citizens’ Initiative, advice and data-collection via public consultation, and adjudication via administrative and legal actions before the EU Ombudsman and national courts respectively. Yet, these participatory channels remain little known. As a result, they remain underused by EU citizens. Paradoxically, the major beneficiaries of the EU participatory opportunities are not EU citizens, but euro-specialists – be they business (which represents 75% of yearly lobbying meetings) or civil society organisations.

While these obstacles to effective and meaningful participation are not specific to the EU, they are particularly arduous to overcome in the multi-layered constitutional and socio-political reality.

The key question is what then, realistically, can the role of citizens be in a multi-level and largely indecipherable European Union?

As I argue in a new book, Lobbying for Change: Find Your Voice to Create a Better Society, to win the civic challenge in the EU (and elsewhere) we need to foster a participatory culture by connecting highly-educated and purpose-seeking European citizens with the existing and numerous avenues of participation. That is what I provocatively call citizen lobbying. A citizen lobbyist is someone who, without remuneration, picks a cause she deeply cares about and advocates for it. She does so by tapping into her own skills, talents and expertise as well as in the repertoire of the various, rapidly-transforming lobbying techniques within current participatory channels.

Think of Max Schrems, the Austrian student who challenged Facebook’s use of private data and won. Think of Antoine Deltour, the French PwC employee who blew the whistle after stumbling upon evidence of a massive-scale corporate tax evasion facilitated by Luxembourg and who has been urging the EU to protect whistle-blowers across Europe. Or consider the rapid emergence of a transnational online campaigning communities – as symbolised by WeMove – capable of swiftly mobilising millions of Europeans to pressurize EU decision-makers on matters as diverse as CETA, glyphosate, and Barrosogate. These are just a few, promising instances of citizen lobbying that can potentially redesign the relationship between EU citizens, their elected representatives and the EU institutions themselves.

By countering the undue influence of a few special interest groups in the policy-making process, citizen lobbyists may act as equalizers. This does not mean that such lobbying can realistically give all citizens an equal voice, but rather that all elector-elected relationships are going to be structured on that basis. Moreover, by gaining exposure to the policy-making process, citizen lobbyists learn how the EU works and become aware of the inherent complexity and numerous trade-offs decision-makers make at various levels of government.

The genius of citizen lobbying is that it complements rather than undermines representative democracy. At a time of growing disenchantment with the EU’s democratic system, citizen lobbying transforms mounting distrust into an active democratic virtue. And it does so by leveraging citizens’ expertise and imagination, empowering ourselves and boosting our happiness. By striving for equality, this bottom-up, constructive, and truth-seeking approach may help European societies co-create the Europe citizens want.