The logic of a Euro-Keynesian recovery, towards socially useful full employment, leads inexorably to a rediscovery of wider European political ambition. 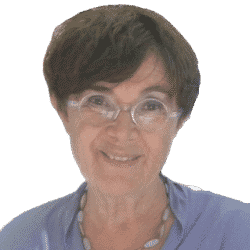 Within the Democratic Party in the United States there is a flourishing of initiatives, promoted by Bernie Sanders, regarding ‘guaranteed work’. This recognises the urgency to concentrate every effort on the revival of public and private investments. The Democrats reaffirm the democratic legitimacy of progressive taxation, proposing a steep increase in the higher rates for the wealthiest—in the proposals by Alexandria Ocasio-Cortez, up to 70 per cent—and more incisive taxation on businesses and assets. Guaranteeing the universal right to work is interpreted as a contemporary version of the Keynesian objective of ‘full and good employment’, abandoned by governments around the world—even those of the centre-left—in these 30 years of neoliberalism.

A similar intellectual and moral undertaking is lacking in the European left. It is completely lacking in the Italian Lega-5Stelle government, which much more than for its violation of the rules of the European stability pact—however reprehensible, being perpetrated to use margins of flexibility for unproductive current expenditure—should be stigmatised for the desperate way in which it is dealing with the imminence of a serious European slowdown and a full-blown national recession. A goal that for too long was held obsolete, ‘full and good employment’ was however adopted by the main Italian trade-union confederation, the CGIL, in 2013 and is being vigorously advanced by its new general secretary, Maurizio Landini.

Treating employment as a right to be guaranteed by the state, as postulated in many European constitutions, is radically different from the paternalistic alternative, focused on providing monetary benefits to those lacking work. Bringing the centre of gravity back to employment and rejecting the purported inevitability of the jobless society intrinsic to the spontaneous functioning of capitalism—the fallacious argument many use to support ‘citizen income’—also raises the possibility of dealing with questions of inequality, not merely as a problem of redistribution but also as primarily concerning the productive sphere.

Behind the initiatives regarding ‘guaranteed work’ and the related idea of ​​using the state as an employer of last resort are a noble theoretical tradition, which runs from Keynes to Meade to Minsky to Atkinson. They imply a development model that is less export-led and more centred on domestic demand, which to be nourished requires mission-oriented intervention by the public operator, powerful industrial and territorial policies, and vigorous initiatives in innovation and research. We have to reject the rhetoric of the naturalness and neutrality of technological phenomena and to reaffirm the possibility of what Tony Atkinson called a public and collective direction of innovation.

On the one hand, more than ten years after the explosion of the 2007-08 crisis, the world economy is so volatile that many see the signs of a new great crisis in what Larry Summers has described as a regime of ‘ordinary growth achieved through extraordinary policies and special financial conditions’, which encourages abnormal risk, unhealthy indebtedness and the formation of bubbles. In Europe, the ending of the loose monetary policy of ‘quantitative easing’ accentuates the gap between the desired volume of work and that made available by businesses. And there are those, including Swiss trade unionists, who propose setting employment standards by law for companies above a certain size, in terms of a European employment guideline.

On the other hand, we see the emergence of dramatic problems such as climate breakdown and huge unsatisfied social needs, which the market alone cannot resolve. The breakdown of environmental equilibrium is taking place at an unprecedented rate, while in housing, nutrition, mobility, leisure, culture, education, training and health citizens’ needs remain unmet and in the wider country—from large metropolitan areas to small and medium cities to rural and peripheral areas—the quality of life is declining. All these require an exceptional mobilisation of energies.

The commitment to ‘guaranteed work’ reminds us that the spirit of Roosevelt’s New Deal, which is often completely misunderstood, lay in extraordinary collective projects—electrification of rural areas, redevelopment of neighbourhoods in decline, creation of large parks, the conservation and protection of natural resources—with the aim of creating extensive employment for all categories (even artists and actors) through the Job Corps. Today we should turn away from a sick model of development, based on the drug of financial and real-estate bubbles and exponentially increasing asset values and speculative debt, to a new model oriented towards the green revolution, urban regeneration and the redevelopment of territories, cultural assets, education and universities—to human and civil wellbeing.

It was in Europe that the modern conception of politics, today under attack, was born—as a general point of view of a reality not only to be reflected but to be changed. And it is only by starting from Europe that we can overcome the poisoned legacy of neoliberalism, the contemporary lack of interest in politics, the populist cult of wild and divisive leaders, the reshaping of intermediate bodies such as trade unions, the emptying of political parties as educational structures and places of mediation and representation, the domination of image and communication at the expense of thought and deliberation, the fading of the values ​​and normative fabrics of universal application. We have to face the irrepressible re-emergence of the ‘emotional’ as a constitutive trait of the present—displacing the domain of the ethical and cognitive, within which we can reconstruct individual subjects, meaning and concrete answers.

The repoliticisation of the world cannot happen unless it starts from the repoliticisation of Europe. The European ideal is inseparable from the paradigm of ‘fair globalisation’, abandoning which would mean setting out on the path of protectionism and nationalism.I In recent years the political centre-right has prevailed, configuring Europe merely as ‘force for the market’. Yet Europe has always cultivated a plurality of inspirations as well as profoundly progressive elements, a culminating realisation of which was the Charter of Fundamental Rights agreed in Nice in 2000. The underlying heritage of the values of a united Europe has never been lost and, when activated, has allowed the generation of phases of exceptional mobilisation and civil maturation, which ought to push us today towards its rediscovery and revival.

Treating Europe as an unfinished constitutional process can inspire us. In modern constitutions there is always a condensation of learning, both cognitive and normative, of extraordinary importance—what Walter Benjamin described as the ‘tender task’ of overcoming the outrage with which violence destroys the law. The revolutionary achievements—lessons along the road of human emancipation—could not be attained without the values ​​and regulations developed by the constitutions.

Universalism arose from the revolutionary paradigm thanks to Europe, which was the first civilisation to conceive of itself dynamically and of its history as a permanent ‘revolution’. Kant was recognised as the philosopher of the French revolution in part because he hailed its achievements as a ‘historical symbol’ of a normative path which sought to be irreversible—a path to universality, individualisation, emancipation, equality and inclusion.