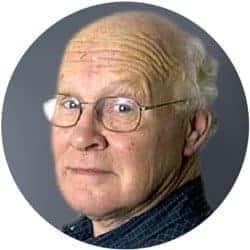 When I was a correspondent in Germany two decades ago, in the run-up to unification and thereafter, interviews with Helmut Kohl, Hans-Dietrich Genscher and other senior politicians – such as Wolfgang Schäuble, who negotiated the two Germanys into one – would always end with the mantra: “We want a European Germany, not a German Europe.” It was true then but it is not true now.

Almost 25 years on from that October night in 1990 when I wrote the Guardian splash with the headline “A New Colossus is born in Europe” the Greek crisis has laid bare Germany’s transformation from “political dwarf, economic giant” into a “political and economic bully” that provokes fear and loathing among its victims and anxiety among its friends.

For Germanophiles such as me the country won huge admiration for its at times savage, even exaggerated honesty in dealing with its terrible past. There were setbacks: the murderous arson attacks on asylum centres or on Turkish homes; Kohl’s execrable use of “sympathy tourism” to explain away his absence from such scenes; the odd march by a bunch of lumpen skinhead Nazis – all grotesquely over-played in the foreign media as if the “brown flood” was on its way back. In 2006, in the World Cup, we watched and celebrated a New Germany: young, relaxed, at ease with itself (and its national flag) – and open to the world.

The 2008 crisis and its aftermath have dismantled much of that hard-won legacy. Germany has become self-satisfied and complacent about its economic prowess, its export record, its “black zero” budget balance, and, not least, its “reforms” – mainly labour market changes introduced by a social democrat Chancellor, Gerhard Schröder, that led to several years of declining living standards for workers and record corporate profits and boardroom salaries. It now is trying to impose this model on the rest of the Eurozone – including its long-standing French “partners,” objects of derision for their unreformed statism, on the other side of the Rhine. Am deutschen Wesen soll Europa genesen is certainly making an unwelcome come-back. As is the self-preening “stability anchor” mantra intoned by successive Bundesbank presidents from Pöhl to Weidmann.

“Who asked Germany to judge other people?” writes Heribert Prantl in the liberal Süddeutsche Zeitung, criticising Schäuble for his #Grexit drive and pleading for a return to a better, more European Germany. It’s not as if Germany doesn’t face long-delayed reforms on its own turf – such as in its pension system to cope with millions of “Graue”, the over-dominant political party role in state broadcasting, even in the Sunday trading it hypocritically demands in Greece. Browbeating and bullying the Greeks into accepting a senseless, self-defeating course of more austerity in order to look after the interests of your (unreformed) creditor banks at home is worse than unpleasant; it’s nasty. A lot less Überheblichkeit, a bit more Demut is in order.

German colleagues and friends are aware of this, of course. Some even go too far in their denunciation of their own: the “heartless, domineering and ugly (herzlos, herrisch und hässlich) German is back,” says leading Green Rainer Bütikofer – and pins it on Schäuble, releasing in turn a wave of angry criticism. There is no point in echoing the “Nazi” screams and phrases seen and heard on Syntagma Square; they’re entirely unwarranted. What is equally misplaced is the obsession with rules-based economic policy that reigns among too many lawyers in the Berlin chancellery and finance ministry and conservative economists.

The fact that it is Schäuble who is plotting and calculating how best to eject Greece from the Eurozone is especially puzzling and annoying for those of us who have followed his political career for many years. This is the same man who, with Karl Lamers, wrote the 1994 paper arguing for not only a two-speed Europe but an increasingly federalist EU, with political as well as monetary union and, implicitly, a cross-border version of Germany’s Länderfinanzausgleich transferring monies from richer to poorer federal states. (Those putative Eurobonds Angela Merkel refuses even to discuss.) The passionate pro-European Germany feelings of this Bundestag member for 43 years are my abiding memory of interviews with him on that key set of proposals in 1994.

Those days I and other expats more or less happily paid our Solidaritätszuschlag (solidarity surcharge) to help finance the rebuild of the shattered East German economy (and society). It’s still being paid (at up to 5.5%) by doubtless weary taxpayers after two decades of raking in more than €200bn for the finance ministry. Today a “good” German, Clemens Fuest, head of the ZEW economic forecasting institute, has proposed increasing the surcharge to 8% over three years to raise €22bn for the Greek people – arguing that this will prove less costly than default/Grexit and equal the amount Germany would pay anyway in the 3rd aid programme for Greece. It would be a “transfer union”, he says, – of the kind once sketched out by Schäuble and reprised by others since.

This would be a real example of Germany being solidarisch und europäisch. Instead, it’s the Greeks in their economic misery who are now down to pay a solidarity levy. It’s a sad reflection of how Germany has gone backwards post-2008 that this is the outcome it appears to favour. Stupidly, its political class, including unforgivably Social Democrat leaders, is undoing seven decades of foreign policy – and, what’s worse, of rebuilding the country’s image in the world.

The author was Germany Correspondent of The Guardian 1989-95.