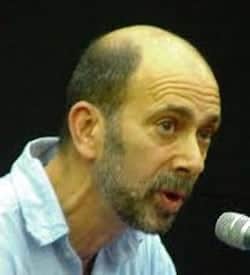 Where there’s a will there’s a way, Chancellor Merkel reminds us. Now that the IMF has revisited the numbers and (again) come up with the unsurprising conclusion that Greek debt is hugely unsustainable, it’s time to revisit the proposal for a Greek asset fund. Like the debt sustainability figures based on growth and budget projections from a parallel universe, this idea has also seen the rounds.

The project – which the government of Greece is compelled to enact without any concrete offer of debt reduction, and even before a single euro has been transferred to the Greek treasury – is to establish a basket of state assets to be sold off. The yield would recapitalize the Greek banking system, pay down debt and have something left over, just maybe, for injecting investment capital.

Alert observers have already pointed out that the ports, airports, infrastructure etc. proposed as collateral don’t add up to €50bn (and that international asset strippers understandably seek to acquire them on the cheap). Putting Greece’s historical and archeological sites into the mix offers a potential solution to underfunding. It is fully consistent with what Jean-Claude Juncker calls ‘the European order’ and could be swiftly enacted and implemented. No European treaty revisions would be necessary. Continued limits on deposit withdrawals could serve as a helpful stimulus to building consensus.

These sites have for too long languished under public ownership, administered by unimaginative bureaucrats. Outright privatization would be unnecessarily provocative, but the operation can be structured as a public-private partnership. Unified site management of a single theme park – call it Dettoland® – with a number of locations (e.g. the Acropolis, Delphi, Knossos to start with) could be put out for competitive tender in the form of shares in an investment fund domiciled in Luxembourg – Dettoland SARL. Initial share offerings on key stock exchanges would be managed through subsidiary companies incorporated offshore. With the brand incorporated, revenue would flow to the Luxembourg fund and to investors in the form of low-tax royalties. Goldman Sachs, with its extensive experience of IPOs and inside knowledge of Greek public finances, could advise. So too could the forex experts at Deutsche Bank.

The Greek ministry of tourism would be represented on the Dettoland board, but operational authority would be vested in the board’s key investors and independent advisors to guarantee sound management. Additional financing would be facilitated through an offer of long-term leases and bonds denominated in euros. Greek pension funds would be encouraged to participate. Secondary markets and credit default swaps would bring liquidity to Greek financial markets, delivering an important knock-on effect. Potential investor disputes concerning land use, licensing, permits, intellectual property etc. would be adjudicated by a Dettoland Investment Arbitration Panel that would be housed at the European Central Bank to ensure transparency and impartiality.

The project would have important multiplier effects, enabling Greece to make better use of one of its important comparative advantages – an abundance of unemployed, well-educated computer- and social media-savvy young people well positioned to profit from Dettoland-related trademarks and other intellectual property. The Dettoland charter would confine strict archeological preservation to a limited radius of the allotted land. Outside this radius, creative, risk-minded entrepreneurs could construct high-quality attractions which would enable visitors to the sites to, for example, don Dettoland-branded Greek robes (a potential market for local cotton) and worship in a Temple of Internal Devaluation, deepening their understanding of ancient cults and their contemporary permutations. Or they might download a Dettoland app allowing them to access a streamlined IMF Debt Sustainability Assessment table and take positions online. Privatized transport would whisk tourists from Dettoland transport hubs elsewhere in Europe directly to the theme park units on an all-inclusive basis – no need to visit troublesome ATMs or risk exposure to what’s happening outside the park.

The brand name could eventually assume reference status, just as ‘google’ has become a verb. Millions of European citizens will visit Dettoland annually and return home with an enhanced appreciation of the European project. Dettoland, in short, offers a solution to the underfunding of the asset fund while promoting ever closer union and the promulgation of common European values. Who could rationally oppose it?

Peter Rossman is Director of Communications and Campaigns with the International Union of Foodworkers, an international trade union federation based in Geneva. He writes in a personal capacity.