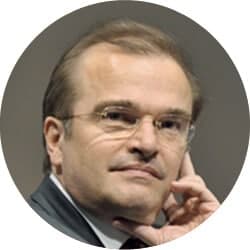 The European Central Bank is under heavy attack in Germany, a country that has long prided itself on defending the principle of central-bank independence. Indeed, it was Germany that pushed for this principle’s inclusion among the criteria set out in the Maastricht Treaty, which established the conditions for membership in Europe’s monetary union.

For many EMU members, making their central banks independent in order to join the euro meant a change in political regime. For example, in France’s 1992 referendum to ratify the Maastricht Treaty, the prospective autonomy of the French central bank was one of the strongest points in the campaign against adopting the euro.

By contrast, in today’s Germany, putting pressure on the central bank has become standard practice. For a couple of months now, even Finance Minister Wolfgang Schäuble has been commenting regularly on the ECB’s monetary policy.

Schäuble’s interventions touch the core of central-bank independence. While he is not seeking to redefine the objective of monetary policy (the “price norm,” to use the old Bundesbank lingo), he is making suggestions on which tools the ECB should wield, and how it should wield them, in order to achieve that goal.

It happened before. In 1998, Germany’s then-finance minister, Oskar Lafontaine, gave good advice to the ECB’s first president, Wim Duisenberg, on how to conduct monetary policy. (Lafontaine’s objective was ultimately to create a target zone for exchange rates.) Duisenberg, a laconic Dutchman, responded that it was not uncommon for politicians to offer their opinion on monetary policy. (In Germany, it was very uncommon.) “However,” he added, “it would be very abnormal for the suggestions to be listened to.”

Respecting monetary-policy independence has long been a core plank of Germany’s Stabilitätskultur (stability culture). The foundation stone for the Bundesbank’s sternly independent reputation was its repudiation of Chancellor Konrad Adenauer’s calls to refrain from raising interest rates in 1956. France, at that time, was different. Charles De Gaulle was about to create the very presidential Fifth Republic, with the Banque de France reporting to the finance ministry.

But that was then. In the wake of EMU’s varied crises, monetary policy is being drawn increasingly into substituting for fiscal policy. Is the old dogma outdated?

Europe remains very vulnerable; the EMU’s median citizen has already lost a decade, and the distance to distress is worryingly low. The United States, however, is doing better. Cumbersome political gridlock notwithstanding, it managed to address the macro problem it faced (a lack of aggregate demand) by implementing expansionary fiscal and monetary policies.

The US also dealt more effectively with its banking problems, which, initially, had been substantially more severe than those in Europe. (Obviously, there is a strong interaction between both policy domains. More robust economies mean less vulnerable, more profitable banks that are better able to serve their purpose: funding the economy.)

But the ECB’s independence is less threatened by good advice from finance ministries, as problematic as this might be, than it is by a lack of popular support. Indeed, the Bundesbank’s famous autonomy rested less on its legal status than on the unwavering (performance-based) support it enjoyed from the German public.

The ECB is experiencing exactly the opposite. There are public calls, especially in Germany, to put additional pressure on it. But the biggest threat to the ECB’s autonomy stems from the unsustainable burden placed upon it. The less fiscal policy does to stabilize output, the more central banks are de facto strong-armed to carry the load (unless, of course, they are prepared to let nature take its course, by allowing the economy to get stuck in stagnation, or worse).

The political upshot of this pattern has been a significant regression toward nationalism, of the left and the right, in all EMU countries, including Germany. Indeed, the rise of nationalism is an almost logical corollary of the policies pursued. It is endogenous.

And here, too, Germany is leading the charge with its obsession about achieving a schwarze Null, a balanced budget, come hell or high water. In Germany, deficits are widely viewed as morally, not only arithmetically, negative, even though this flies in the face of conventional economic reasoning and sound corporate practice.

In the late nineteenth century, leading German public-finance scholars, including Albert Schäffle and Adolph Wagner, developed a “golden rule,” according to which current expenditures should be funded, on average, out of current revenues. Public expenditures, and the resources needed for them, should be justified by their usefulness. This also meant that productivity-enhancing investments – capital expenditures – could be funded with debt, which would be serviced by growing income and its associated revenue base.

This classical line of thought was institutionalized by a useful concept: the distinction between current expenditures and the capital account, still in use at the municipal level in Germany (and Austria). That is crucial, because about 50% of Germany’s public-sector capital expenditures are run at this level (down from almost two-thirds in the early 1990s). These expenditures are pertinent in terms of supporting the competitiveness of Germany’s mittelstand firms. But relative to the early 1990s and in constant prices, capital expenditures are down some 15%. For more than a decade now, they have not sufficed to maintain the capital stock. This is not preparing for the future; it is undermining productivity and well-being.

In short, the schwarze Null fetish is self-defeating. Crumbling infrastructure (admittedly not as bad in the US) has become a real issue in Germany. Moreover, Germany’s leaders’ fiscal frugality entails cross-border spillover effects that are amplified in a monetary union, where there is no exchange rate to accommodate for national idiosyncrasies.

To be sure, Europe’s monetary union is imperfect. But scapegoating the one institution that is “doing whatever it takes” to get the EMU back on track is ill-advised. A much better strategy would be for governments to use fiscal space, where it exists, to relieve the pressure on the ECB. Such space is certainly available in Germany.

Hans-Helmut Kotz is a Visiting Professor of Economics at Harvard University and a SeniorFellow at the Center for Financial Studies at Goethe University Frankfurt.