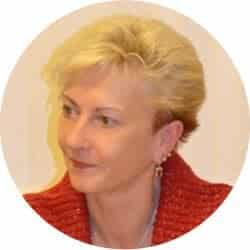 Much international attention has focused upon the rhetoric of Viktor Orban in recent years, with both supporters and detractors transfixed by his approach to foreign affairs and his wholesale capture of the Hungarian state. However, it is Hungary’s systematic adoption of workfare which is the Orban regime’s most novel aspect.

Unemployment in Hungary has grown considerably since accession to the EU. In 2012 it peaked at 506,520, compared to 252,000 in 2004. The bulk of this rise derived from the crisis that began in 2008. The unemployment level remained high until 2012, when it began to drop – as a direct result of the government’s workfare programs. The number of jobless who have taken part in these programs (so-called “fostered workers”) has risen substantially recently.

The number of registered unemployed people depends on some specific factors such as whether the unemployment benefit is meaningful; it is worthwhile making the effort if it is; otherwise, not. In Hungary unemployment benefit was cut by the government in 2010 and this has discouraged registration.

The number of jobseekers at the National Employment Service (NES) is much higher than the count of unemployed, around a third higher, on the basis of the ILO definition. In January 2016 there were 269,000 unemployed, according to the ILO definition, while there were 359,000 jobseekers according to the NES. Both totals represent an underestimate of the true level of unemployment, but the ILO total would appear to be particularly unreliable because of the effect of workfare.

The draconian workfare regime forces all claimants to participate after 90 days of receiving unemployment benefits. In February 2016, 175,000 jobseekers – 48 per cent of all jobseekers – didn’t get any unemployment or social benefit.

The wider effects are dramatic. The implied threat of the punitive workfare regime is effectively sweeping the unemployed under the carpet. The unemployment insurance system in Hungary, introduced in the early 1990s following the transition to a market economy, effectively no longer exists.

Reducing joblessness was apparently impossible until Orban introduced compulsory workfare. Since 2012 all jobs that labour offices offer to unemployed persons have to be accepted, even if they require far lower qualifications than those possessed by the applicant. Those who reject the job lose the social benefit – approximately €76 per month since 2012. The public works program and the compulsory workfare regime has involved more and more unemployed people since 2010, reaching a monthly average 129,100 in 2013 and 197,000 in January 2016. This exceptionally large rise, together with the increase of those who are working abroad, helps explain why there was an easing in the numbers of the officially unemployed in recent years.

In Hungary the minimum wage is approximately €357 per month and the average gross monthly earnings of “fostered workers” is 71-72 per cent of this minimum (those who completed secondary school education get a bit more). This means a net monthly income of around €170. This is less than 60 per cent of the minimum subsistence for a single person as stipulated by the HCSO. The public works program offers cheap labour to the government and to private employers taking part in it. The unemployed, especially in the disadvantaged regions where regular employment is virtually impossible to find, are usually thankful for the possibility of safe employment it offers long-term. One of the most shocking aspects to the introduction of workfare in Hungary is that opposition has been so muted; organisations have emerged which have pushed for higher pay levels, whilst failing to challenge its fundamentally coercive nature.

These developments reflect the socio-economic concept of the new government since 2010, building on the principle of the so-called “work-based society”. Correspondingly, the so-called “passive” labour market policy (LMP) measures – unemployment benefits, early retirement – have been pushed back and the structure of the so-called “active” measures – aiming at employability and job creation – has been changed, with a slashing of the training budget for unemployed people.

In the government’s slogan of a “work-based society” the word “work” is used as a substitute for “cheap wage-labour”. This is also reflected in the decreasing real wages of public sector and increasing wage differentials within the labour market. Government departments are increasingly likely to rely upon workfare to fill vacant positions, spreading a deep sense of insecurity amongst those working in the public sector.

The Hungarian Road to Inequality

During the long recession after 2008, the consumption and real income levels of the Hungarian population fell below 2004 levels for long periods. Furthermore, differences between social strata have risen rapidly.

Second, the flat income tax regime introduced in 2011 has favoured the highest wage earner groups disproportionally in every sector of the economy and caused increasing income inequality.

Finally, the gap between the wages of blue and white collar workers has widened in all sectors. Blue collar employees in the public sector have suffered the largest deterioration both in their absolute and relative position.

This divergence of the wage-groups is accompanied by growing poverty and social exclusion. The more comfortable sections of the Hungarian middle class are apparently secure in the knowledge that workfare will never apply to them; it is a Far Right solution, reflecting clearly the modern Right’s obsession with augmenting inequality through moralistic schemes. The workfare program is likely to entrench and institutionalise these seismic economic divides in Hungarian society, as well as providing a motor for the continued emigration of young people.

Whilst the levels of benefits in other post-communist countries in the region can easily lead to extreme poverty, and wages are generally lower in Romania and Bulgaria, Hungary represents an extreme outlier in its zealous adoption of workfare, questioning the fundamental values of solidarity which should underpin a social Europe.

Annamária Artner is a Senior Research Fellow at the Centre for Economic and Regional Studies of the Hungarian Academy of Sciences Institute of World Economics and a Professor at the King Sigismund College Budapest. Her latest book is Tőke, munka és válság a globalizáció korában (Capital, labour and crisis in the era of globalization), Akadémiai Kiadó, Budapest, 2014.